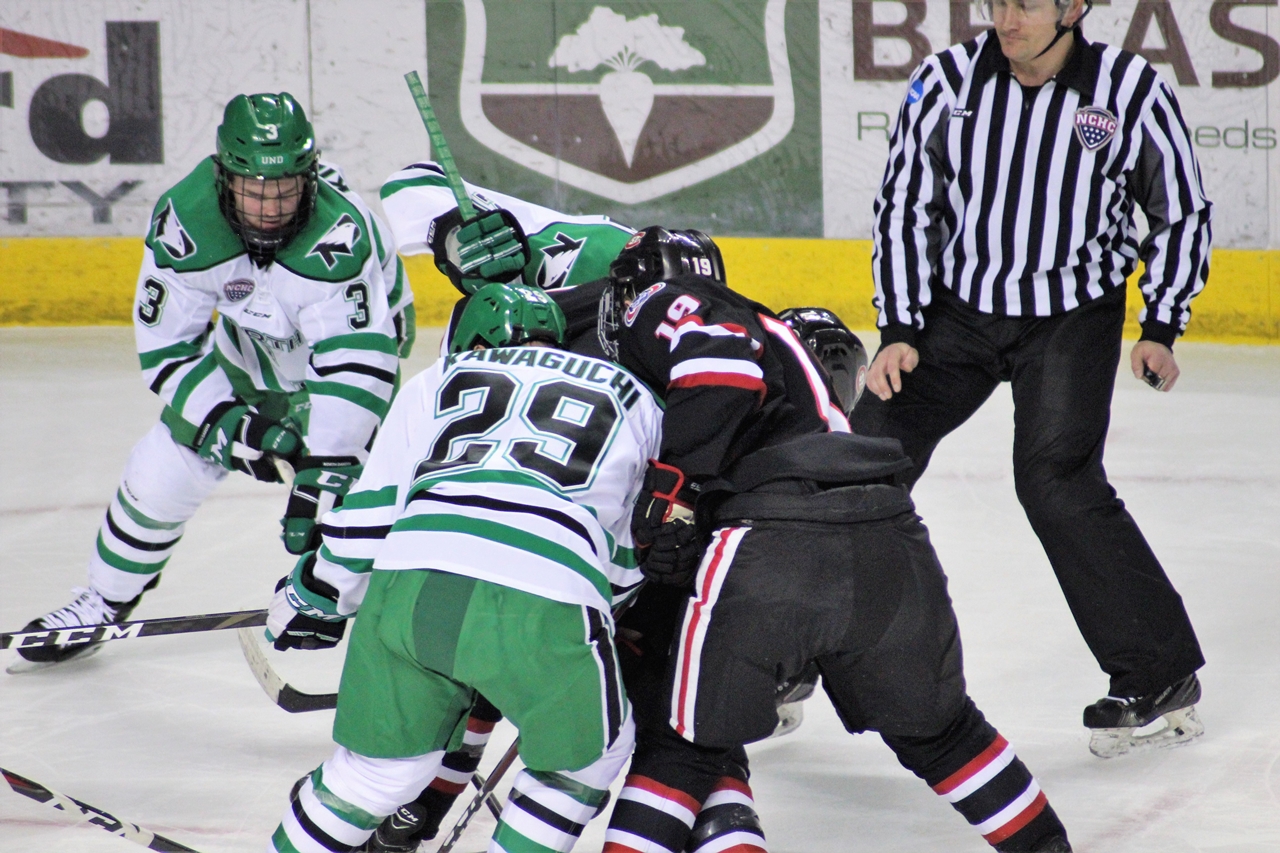 The following season, UND made no mistake. They started the 2019-20 season with a resounding thrashing of the Canisius Golden Griffins, 5-0 and 8-1. The Hawks would go on to win the NCHC regulars season title.

#atlantichockey currently 3-0 against the Big Ten tonight, with Minnesota and Mercyhurst tied 2-2 in the second. https://t.co/wmvYnwS41B

“We talk about it right at the beginning of the year,” UND head coach Brad Berry said. “We talked about it going into the first series like this one right away. We don’t even look at them as non-conference series, we look at them as NCHC games because they count just as much and they’re vital to making the national tournament. Whether you’re at home or on the road in non-conference play it, we count them as an NCHC game.”

“It was huge,” Ashton Calder said. “Last game I thought we were a little sloppy at some points, but then we had some good chances that we just didn’t really bury on. Today, we are kind of firing on all cylinders and show during the first period. It was nice and we just kind of kept going with momentum from there. Hopefully, we keep it going.”