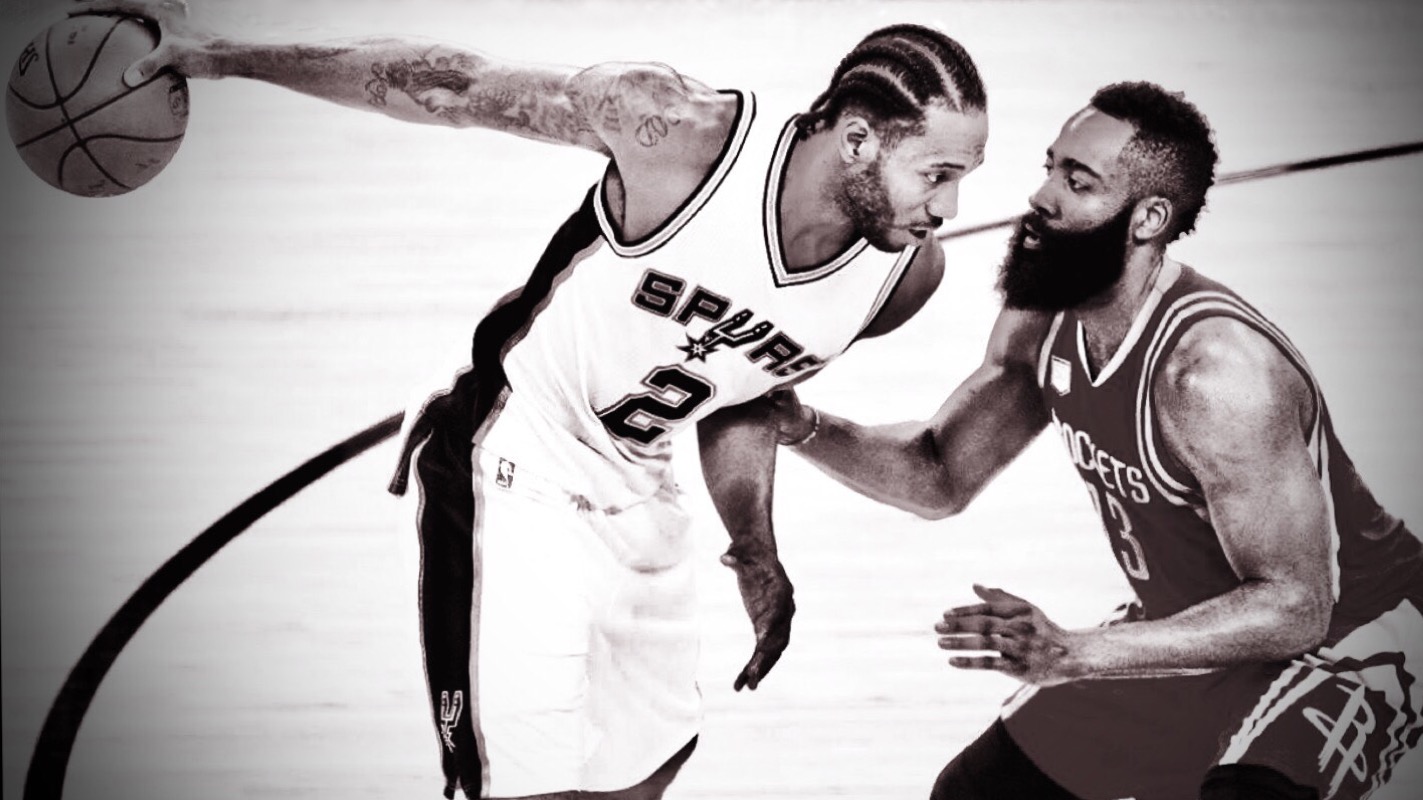 Tony Parker was the second-best Spur this playoff run until he went down with a ruptured left quad tendon. Somehow, the Spurs are still just as scary.

Many wrote Parker off during a regular season which was the least productive since he was a 19-year-old rookie. The Frenchman’s entire game is built around speed, and some performances made it very clear just how many miles he’s put on his body. Even though Parker struggled defensively and frequently looked a step slow, he’d also show bursts of what made him special not too long ago.

Maybe it was the extra rest. Maybe it was the experience, but Parker flipped a switch at the start of the playoffs. He averaged 16 points, shooting 53% from the floor and 58% from three. LaMarcus Aldridge has taken a step back to start these playoffs, and the veteran point guard stepped up.

Early in the fourth quarter of Game 2 against Houston, Parker fell to the floor and did not get up. He laid motionless, staring at the left knee that he injured while jumping to attempt one of his signature floaters. He was carried off after the non-contact injury, and many feared the worst.

Those fears were mostly focused on Tony Parker the human being. He will be recovering from this serious injury on the wrong side of 35, and it seems impossible that he will ever be the same again. That’s devastating for Parker individually, and the fans that have embraced him over the past 16 years, but the Spurs’ title hopes are still very much alive.

San Antonio has one of the league’s top backup point guards in Patty Mills, plus a 20-year-old rookie spark plug named Dejounte Murray. Regardless of which reserve gets the start, Mills will likely play around 30 minutes and contribute at a high level.

When looking at the statistics per 36 minutes, it’s clear that Mills and Parker have produced at similar levels this year. Both look to score first and assist at a similarly adequate rate, and Mills’ higher steal numbers reflect his tenacity and quickness on defense. Numbers-wise, these point guards are almost interchangeable.

Considering his style of play, San Antonio might actually perform better with Mills in the lineup. Parker relied on his ability to get to the basket in pick-and-roll or isolation. He’d get layups, assists if the defense collapsed, or shoot from mid-range if the defenders sagged off.

Parker scored 1.08 points per possession as the pick-and-roll ball handler, fourth best in the playoffs. This would be cause for concern in San Antonio if the best pick-and-roll scorer in the playoffs was not Kawhi Leonard (1.18 PPP). There’s just one ball, and Kawhi can do more with it in his hands with Parker and his 27% usage rate off the floor.

Leonard will run the offense more now, and he couldn’t be paired with a guard who compliments his skill set better than Patty Mills. He thrives in the role of off-guard and spot-up shooter, and that’s exactly the kind of support Leonard will need as the primary ball-handler. It’s tough for Parker because he was a scorching 58% from three to start the playoffs, but Mills is without a doubt the superior shooter.

Perhaps even more valuable than the enhanced outside shooting is the spacing that it affords. Defenders were not afraid to help off of Parker at the arc to double Leonard and Aldridge in the paint, and that clogged everything up inside. The Spurs six best three-man lineups in the postseason all include Leonard and a pair of players who stretch the defense out, none of whom are named Tony Parker.

As good as TP has been in the playoffs, he isn't among the top 6 three-man lineups for SA pic.twitter.com/GQ1Z1W3lFP

The pairing of Leonard and Mills helps both players and the entire team function and execute at the highest level. The interplay between the two is fantastic, the spacing opens everyone up, and the Spurs can get out in transition and knock down threes better with Mills in the game, which is vital to keeping up with the Rockets.

As good as Parker was to start these playoffs, it’s not like Leonard is losing the Robin to his Batman. This year’s Spurs look more like Superman helped by a collection of pretty regular people. As long as the main character is intact and doing superhuman things, his supporting cast of mortals doesn’t matter that much. Parker’s injury is the death of an ancillary character; upsetting for sure, but nowhere near the end of the mission.

We hear “next man up” all the time, and it’s no different here. Patty Mills will be one of those men, as will Dejounte Murray, Manu Ginobili, and Jonathon Simmons. The most important piece, however, is the quiet demigod who leads them. The Spurs will go as far as Kawhi Leonard will take them, and the Parker injury doesn’t change that at all. It might actually put Kawhi in a better position to succeed in his quest.

Make no mistake: The task before Kawhi Leonard is Herculean. He already had to average 30+ points while shutting down arguably the best offense creator in the history of basketball in James Harden. Now he will be asked to set his teammates up as well, making him the most important player in every facet of the game. He will have to be everything for San Antonio.

The one knock against Leonard’s MVP case is that he doesn’t create for teammates as well as his point guard counterparts do. He’s been the engine driving the Spurs offense, but he hasn’t been the Alpha and Omega because he’s shared the floor with a true point guard. Now that responsibility will be thrust onto him.

We have seen Kawhi do his best Kobe impersonation all season, but he’ll need to do even more to lead his Spurs to the title this year. He must channel his inner LeBron, his inner Magic. He’ll have to make the jump from Kobwhi Leonard to Kawhichael Jordan. It sounds crazy to ask that of the 25-year-old star, and it might be. Even crazier? The kid is capable of delivering.

The Force is strong with this onepic.twitter.com/ffLgWK8MQS