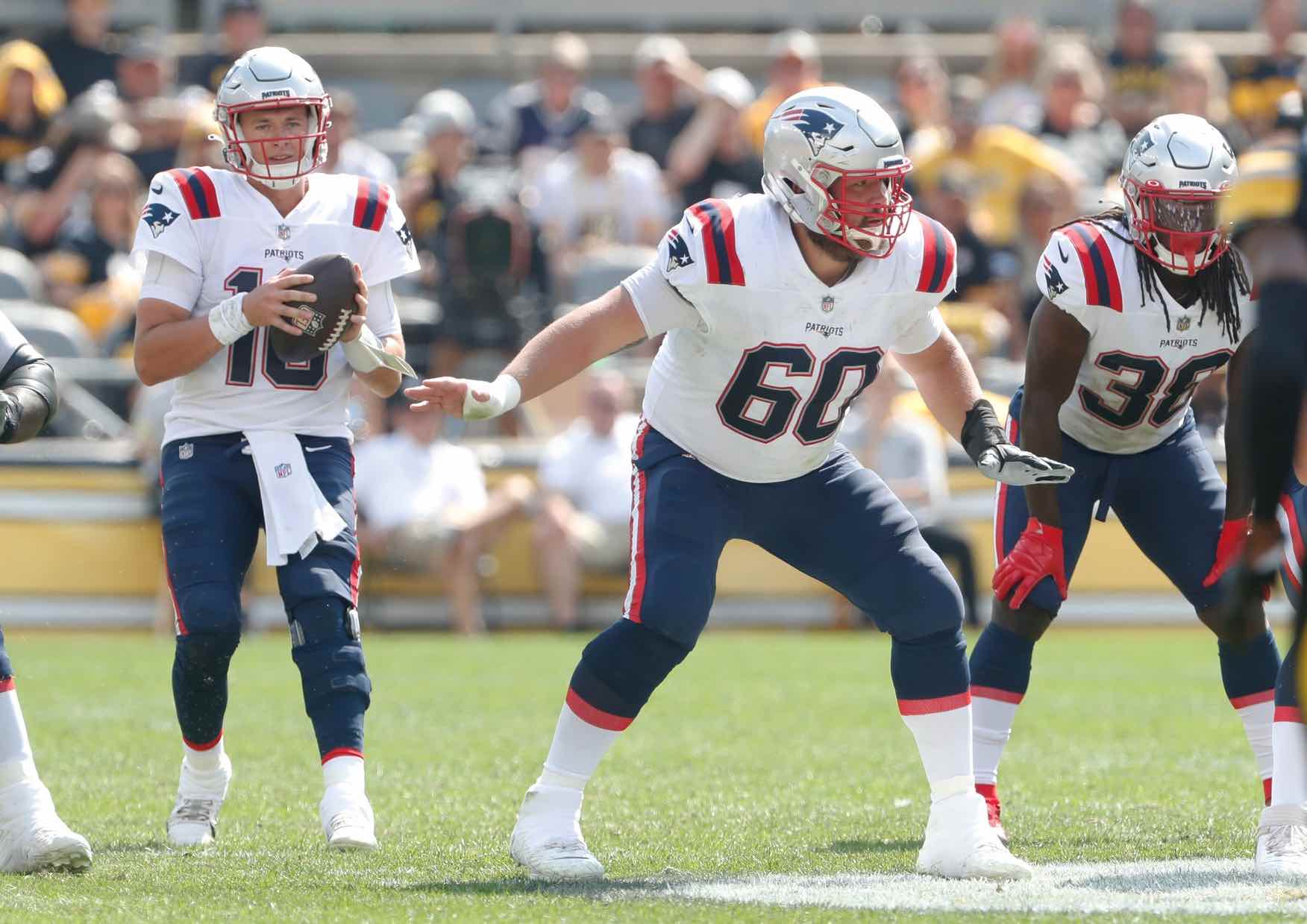 New England Patriots center David Andrews was active at team practice on Tuesday despite injury fears that could keep him out for the rest of the season.

After New England’s huge 10-3 victory against division rivals New York Jets on Sunday, it was revealed by Ian Rapoport that Andrews was feared to have suffered a serious season-ending thigh injury.

Rapoport also said Andrews will undergo more testing to determine the extent of the injury, but that the player wasn’t expecting good news which deals the Patriots a significant blow.

#Patriots center David Andrews is feared to have suffered a serious thigh injury that could end his season, source said. He’ll have more testing done to determine the extent, but good news is not expected. Would be a significant loss.

Despite the reports, Andrews was active and in uniform at New England’s lone practice of the week ahead of their Thursday Night Football showdown against the Minnesota Vikings in two days.

David Andrews (thigh) is a warrior. He’s at practice today. Isaiah Wynn is not. pic.twitter.com/qGrwBQenRE

The 30-year-old missed the previous two games before Sunday’s clash with the Jets due to concussion and suffered an untimely thigh injury during the first quarter, being helped off the field by the team’s medical staff.

Prior to the injury, Andrews had been on the field for 438 of the Patriots’ offensive snaps, the fifth highest on the team despite missing two weeks. He only took part in 15 further snaps before having to exit the game.

The Patriots are -150 in NFL betting to reach the nine win mark, with tough contests ahead against the Vikings, Buffalo Bills and Miami Dolphins.