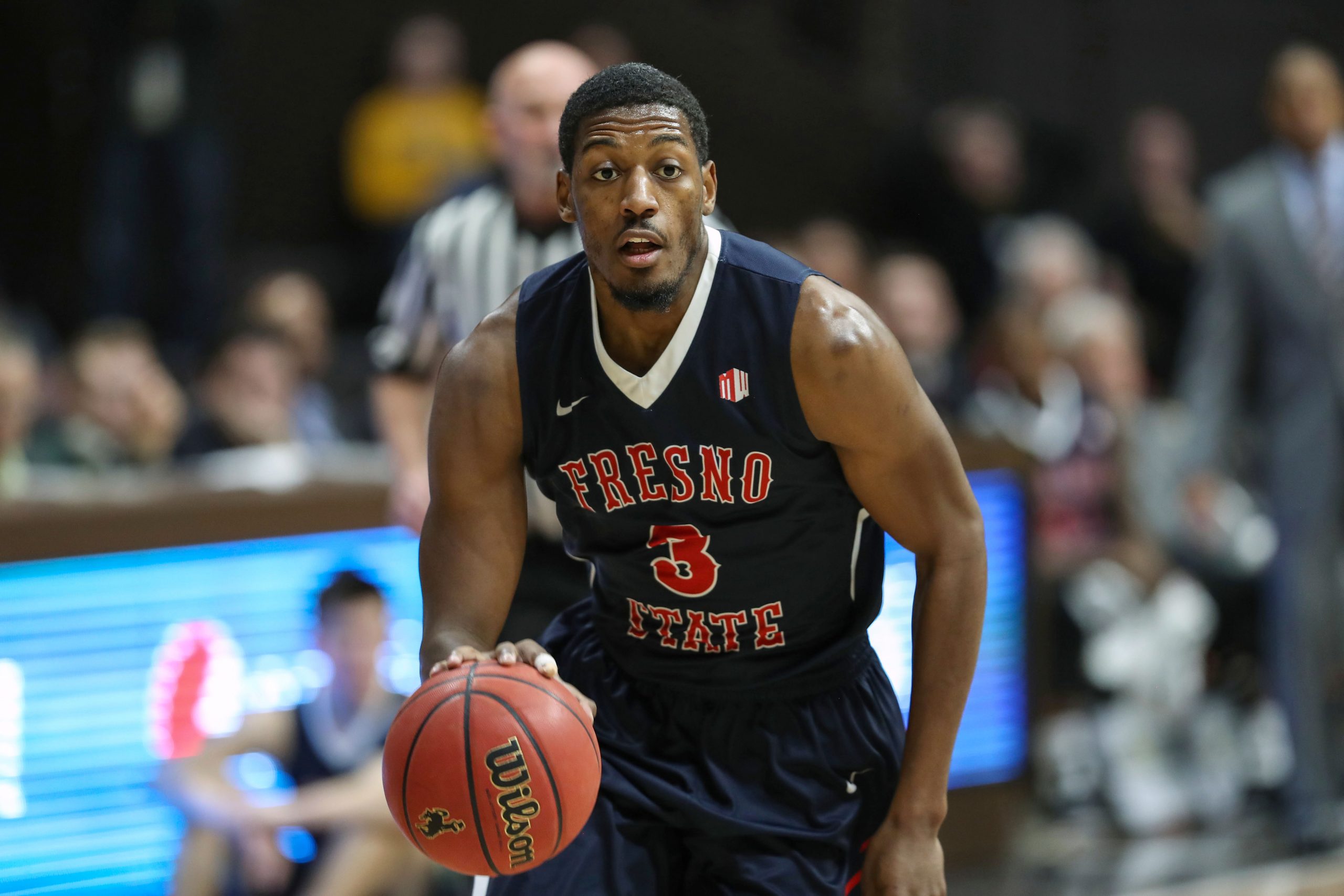 It’s been quite the journey for Westchester Knicks forward Paul Watson. Before becoming a G League stud, Watson led the way as Fresno State had one of their most successful campaigns during the 2015-16 season. The program finished 25-10 — good for third best overall record in school history — and second place in the Mountain West Conference. The squad fell short in their first-round game against Utah, but that game had a special feeling to it since it was the program’s first appearance in the NCAA Tournament since 2001.

“That was the biggest thing,” Paul Watson told KnicksJournal.com. “Being able to get to that point. Breaking that barrier, not only for the school but for the city.  It was nice to bring that home and bring it back to the city.”

As Watson continues making a name for himself, now at the pro level, he knows the Knicks are putting him in a great situation to grow, develop, and feel pushed each and every day. “That just shows that they see a lot in me and they felt comfortable drafting me. Since I got here, they’ve done nothing but try and help me get better. I’m in a great situation with a great coaching staff.”

When Westchester brought in Watson, the team had a plan in place to focus on player development while building a strong team. Westchester General Manager Allan Houston wanted to add a quality athletic wing player who was versatile on both ends of the floor.

“We wanted to have someone at the wing position that could give us some versatility on the wing on both sides of the floor [and] some athleticism,” Houston said in October of 2017. “A lot of the game is played outside of your set plays. A lot that happens in basketball is you have these miscellaneous plays where you have to break down the defense in transition. You just have to make plays out of nothing and we wanted someone that could have that potential.”

He’s shown his athleticism with a baseline dunk against the Fort Wayne Mad Ants and a powerful slam against the Raptors 905. Watson has stated he’s more of an in-game dunker, which is evident based off the dunks he threw down at Fresno State.

In several games this season, the Westchester forward has shown his ability to be a 3-and-D player. He shot a perfect 5-of-5 from the field and 3-0f-3 from deep against the Raptors 905. Later in the season, the Fresno State product recorded a career-high 22 points on 8-of-11 from the field and 4-of-5 from three-point range. Throughout the first half of the season, Watson believes he’s learned a lot on both sides of the ball.

“I’ve learned a lot more defensively,” Watson stated. “I’m in the gym a lot with (assistant coach) Keith Bogans. He’s helped me with little things. Just different moves and things like that. I would say I’ve developed quite a bit in the first half of the season.”

With the first half in the past, Watson is still just as focused with the second half of the season in progress. He’s had many productive games and has entered the starting line-up on eight occasions.

“Just trying to be consistent,” Watson said. “Just trying to continue to play with the same energy that I feel I have that I’ve brought to the team. Continue to try to bring that same defensive energy and just continue to do the little things that the team needs from me.”

In Westchester, Watson is definitely in a good position. The organization has a track record of players earning an NBA call-up or signing overseas. Watson has the length and versatility on the defensive end. If he can consistently drain shots from the perimeter, he can be a solid 3-and-D option.