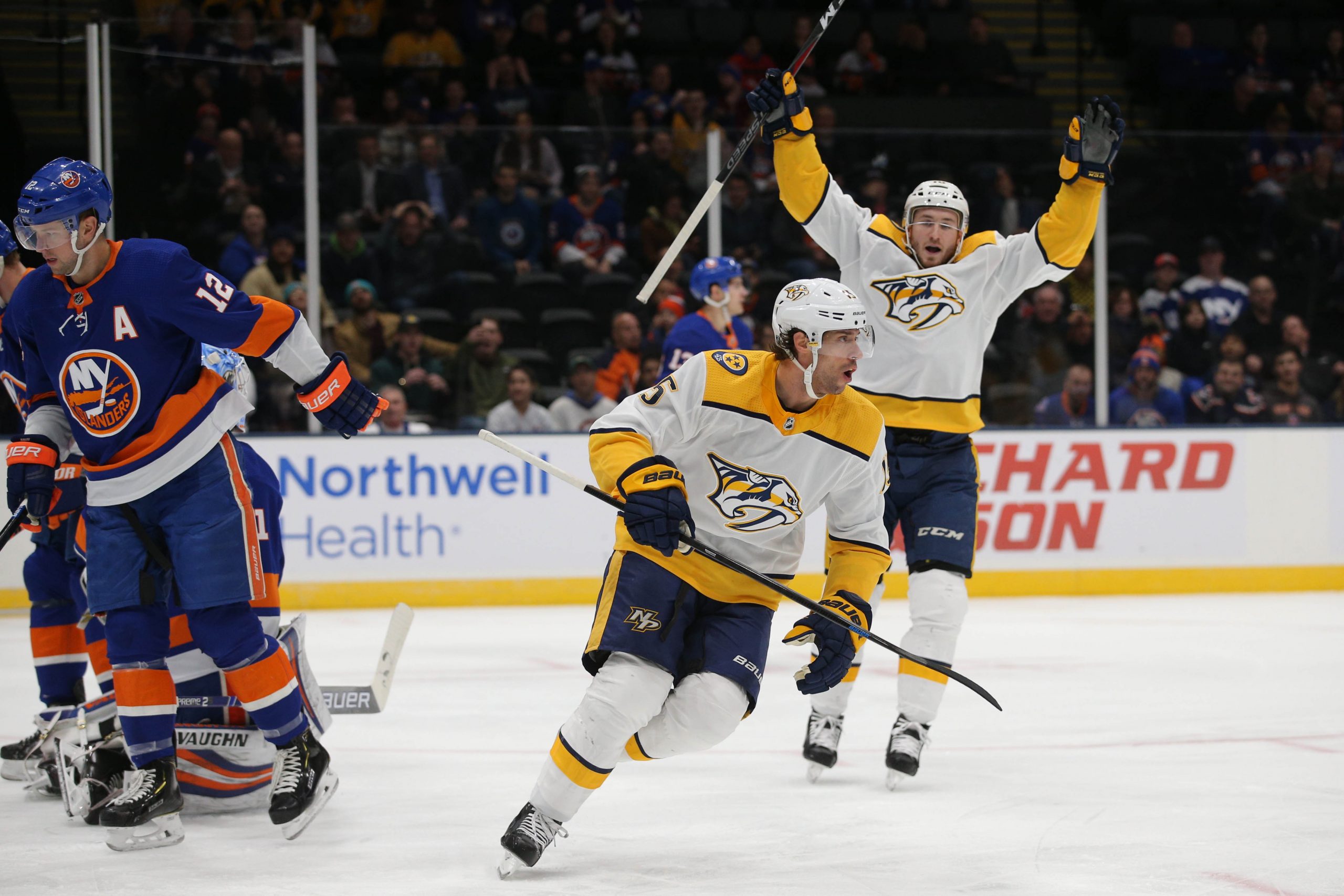 It is rather hard to worry about a team that is 23-8-3 and sits in second place in the Metropolitan Division. The Islanders are 6-3-1 in their last 10 games, but there is one bad habit that is making these wins much more difficult than they need to be.

And that is the number of penalties, which creates an over-reliance on the penalty kill units.

Saturday’s game against the Anaheim Ducks was the latest example of this trend by the Islanders. Despite gaining the momentum with a goal 1:50 into the contest, things quickly took a turn when the Ducks evened the score off of a power-play goal less than four minutes later.

The Ducks carried the momentum over to the second, in what would become a back and forth game that saw a combined 10 goals scored over 60 minutes.

“This is a game of mistakes,” head coach Barry Trotz said after Sunday’s practice. “If you make one mistake, your ability to not make two or three, and recover in the right areas, and not drift and all those things that happen usually with one mistake, the same things are common.”

This could be said about a million things that happen in a game, like turnovers or the inability to clear the zone, but penalty minutes are certainly a recurring issue. The amount of infractions the Islanders have been taking has been masked by the multitude of wins.

But over the last handful of games, it was becoming increasingly more noticeable.

Throughout 34 games, the Islanders have accumulated 307 penalty minutes, good for 15th in the league. This averages out to a little over nine penalty minutes per game.

In the last seven games against the Dallas Stars, Tampa Bay Lightning, Florida Panthers, Buffalo Sabres, Nashville Predators, Boston Bruins, and Ducks, the Islanders took 26 penalties. Luckily for this team, their penalty kill came up clutch in certain games, but overall has truly struggled. The undermanned lines have only produced at a 48-percent mark, allowing the opponents to score 12 times on 25 opportunities.

Since the Stars game back on Dec. 7, the Islanders have taken three or more penalties in seven consecutive games.

With a 4-3 record over this span, two losses against Dallas and Nashville were a direct result of too much time spent in the box.

The Stars won by two goals, after going two-for-two on the power play. Against the Nashville Predators, the Islanders took five penalties, resulting in two goals as well. One of those goals came on a rather uncharacteristic offensive zone penalty by Anders Lee, which gave Nashville momentum to score seven unanswered goals in the 8-3 route.

Even in wins, the abundance of penalties has made closing out games rather difficult.

Against the Sabres, the Islanders gave up their one-goal lead with under two minutes to play due to a  penalty called against Mathew Barzal.  This was an ill-advised roughing penalty against Rasmus Dahlin, who played the role of antagonizer to number 13 all game long.

Buffalo was able to score on the late power-play opportunity, with the empty net pulled maximizing their advantage. Ultimately Anthony Beauvillier came through in overtime, but this game should not have needed the extra frame and head coach Barry Trotz was not a happy camper, to say the least.

Trotz on today's OT win over the Sabres: pic.twitter.com/iKETdu7bKu

Thursday night against the Bruins’ league-leading power play of 26.4-percent, the Islanders could not stay out of the box making the trip five times. That is no recipe for a win, yet it ended in one via a shootout. But shootout wins are not worth as much and in a tight division, regulation and overtime wins are going to dictate playoff positions.

A five-on-three power play was gifted to the Bruins, who were able to tie the game at two in the third period, and ultimately led to the extra time.

The Islanders have had chances to put teams away with their own power-play opportunities. The power play sits at 20.2-percent, but over this stretch the extra man actually came in at around 35-percent, capitalizing on six of 17 chances.

With the Washington Capitals winning on most nights, the Islanders will need to do what they can to continue to stay within a few games reach. The Capitals as of now have an eight-point cushion, while the Carolina Hurricanes and Pittsburgh Penguins are quickly closing in.

Every point is going to matter, and by the Islanders giving their opponents a surplus of power-play opportunities, the probability of obtaining one point, let alone two, is going to become more difficult.