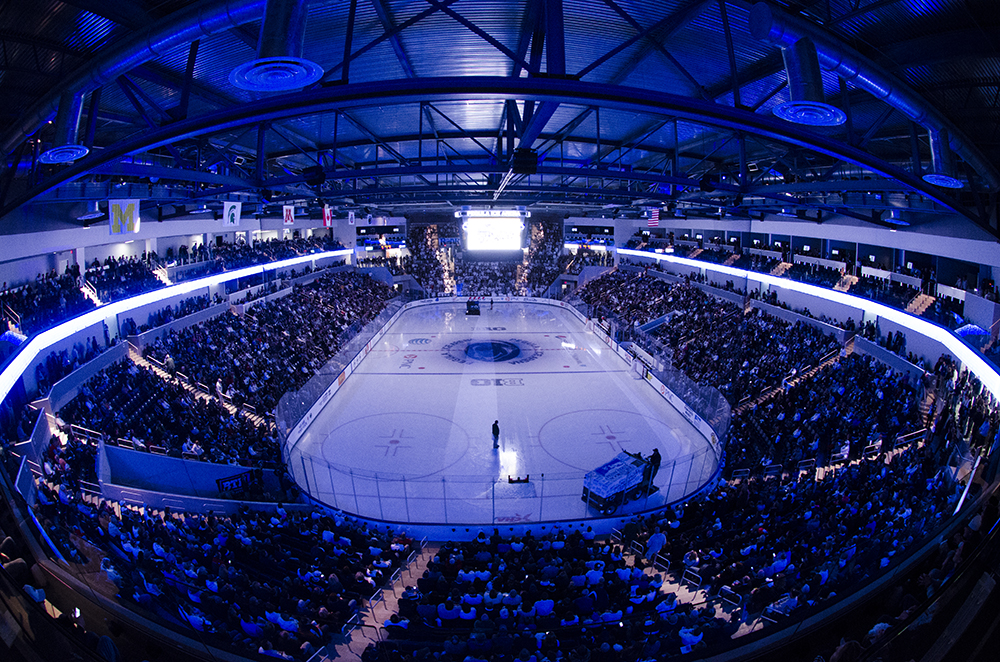 This morning it was announced that on September 19, 2017 the Pittsburgh Penguins will travel to State College, Pa., for a preseason exhibition game against the Buffalo Sabres at Penn State’s Pegula Ice Arena. The game, which will take place at 7:00 p.m., will be the second NHL preseason game played at the venue. Last season, the Buffalo Sabres played the Minnesota Wild in preseason action there.

This was as logical a union as any. The Sabres owners Terry and Kim Pegula donated a record-setting sum to Penn State in 2010 to fund the Penn State Hockey program’s shift to NCAA DI as well as build the arena that bears their surname so almost any match-up was always likely to feature the Sabres. The Penguins are the first Pennsylvania NHL team to play at the venue though, home of the 2017 Big Ten Hockey Champions, the Nittany Lions. And the Penn State Hockey team also includes rising sophomore Nikita Pavlychev, the Penguins 7th round selection in the 2015 Entry Draft.

Last year’s NHL preseason game at the venue sold more than 4,500 tickets while this fall’s game can reasonably be expected to sell out the approximately 6,000-seat arena (Ticketing information is available through the University). I mean how could they not, they’re the reigning Champions (you have to think they’ll probably take the Stanley Cup for the day and maybe even the traveling NHL Centennial Exhibit) and the vast majority of Penn State students fall into two categories of either Penguins or Flyers fans.

Whether or not the #timbercount will be in effect at this game or if Iceburgh, Sabretooth and the Nittany Lion will all come out for intermission dance offs and shenanigans remains to be seen but you can expect this to be a dream come true for many.  The atmosphere inside of the arena is always top-notch from the students in the Roarzone to the alumni who come back every week. They often say playing inside of Pegula is like taking a section of Beaver Stadium during a whiteout and putting it inside of a can, that place is loud. And whether or not it’s preseason, it can be reasonably expected that the students on campus will be all kinds of excited for the event.

This game will mark the Penguins second neutral site game of the preseason. The game on September 24, 2017 will be played at the Rostraver Ice Garden as part of Kraft Hockeyville 2017. The game in Rostraver while at a neutral site will be a home game for Pittsburgh while the game at Penn State is a home game for the Sabres. The full schedule of preseason games is below:

The #Pens will face the Sabres this preseason at @PegulaIceArena at Penn State University.

And don’t be surprised if this is just the first of an annual event with the Penguins and Flyers switching out to play the Sabres. I mean, at least I hope (as a Penn State alum, can you blame me). It’s not the fabled All-Pennsylvania rivalry game at Beaver Stadium, but this sure is pretty cool.