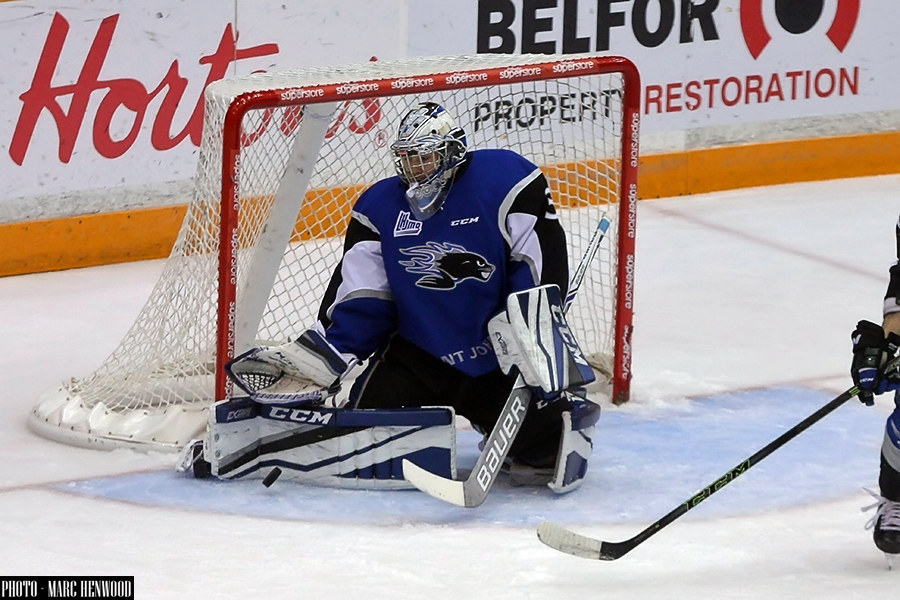 Well, some say the prospects tournaments are usually useless in terms of telling who is good, who is bad, which rookies deserve contracts, et cetera. For the overwhelming majority, this is extremely true. But it seems like we have an exception.

On September 13th, the Pittsburgh Penguins signed undrafted Alex D’Orio to a three year entry-level contract. The most likely scenario is that D’Orio returns for his sophomore season with the QMJHL’s Saint Johns Sea Dogs. The Sherbrooke native lead the Saint Johns Sea Dogs to the Memorial Cup Finals, and helped them win the QMJHL’s championship beforehand. During the regular season — D’Orio’s rookie season — D’Orio posted a .903 save percentage in addition to a team low 2.40 goals against average, going 19-2-2. During the 2017 Prospects Challenge in Buffalo, D’Orio went 2-0-1 to help the Penguins win the tournament, with a .902 save percentage to boot. The 18-year-old netminder was ranked 13th by NHL Central Scouting among North American goalies in the 2017 NHL entry draft.

This has us wondering whether or not some other unsigned, undrafted players for the Penguins in the prospect tournament might get a look, most notably 18-year-old Jordy Bellerive. He scored a goal in game 1, a hat trick in game 2, and overall scored 5 points in the tournament. “Obviously it was an easy choice when Pittsburgh asked me to come to camp, the best organization there is,” Bellerive said. “It’s pretty special for me. I had a good feeling about Pittsburgh and glad I made this decision.” Bellerive is only 5’10”, but there is little to no chance that this will dissuade the Penguins from considering signing him or at least inviting him to training camp, which starts September 15th. Time will tell.

Bellerive is coming off of his sophomore season with the WHL’s Lethbridge Hurricanes, scoring 27 goals for 59 points in 70 games. He’d go on to score 7 goals for 14 points in 20 postseason games. He will serve as an alternate captain for this year’s Hurricanes team.

What do you think? Was this a good signing by the Penguins? Does Bellerive deserve a closer look?