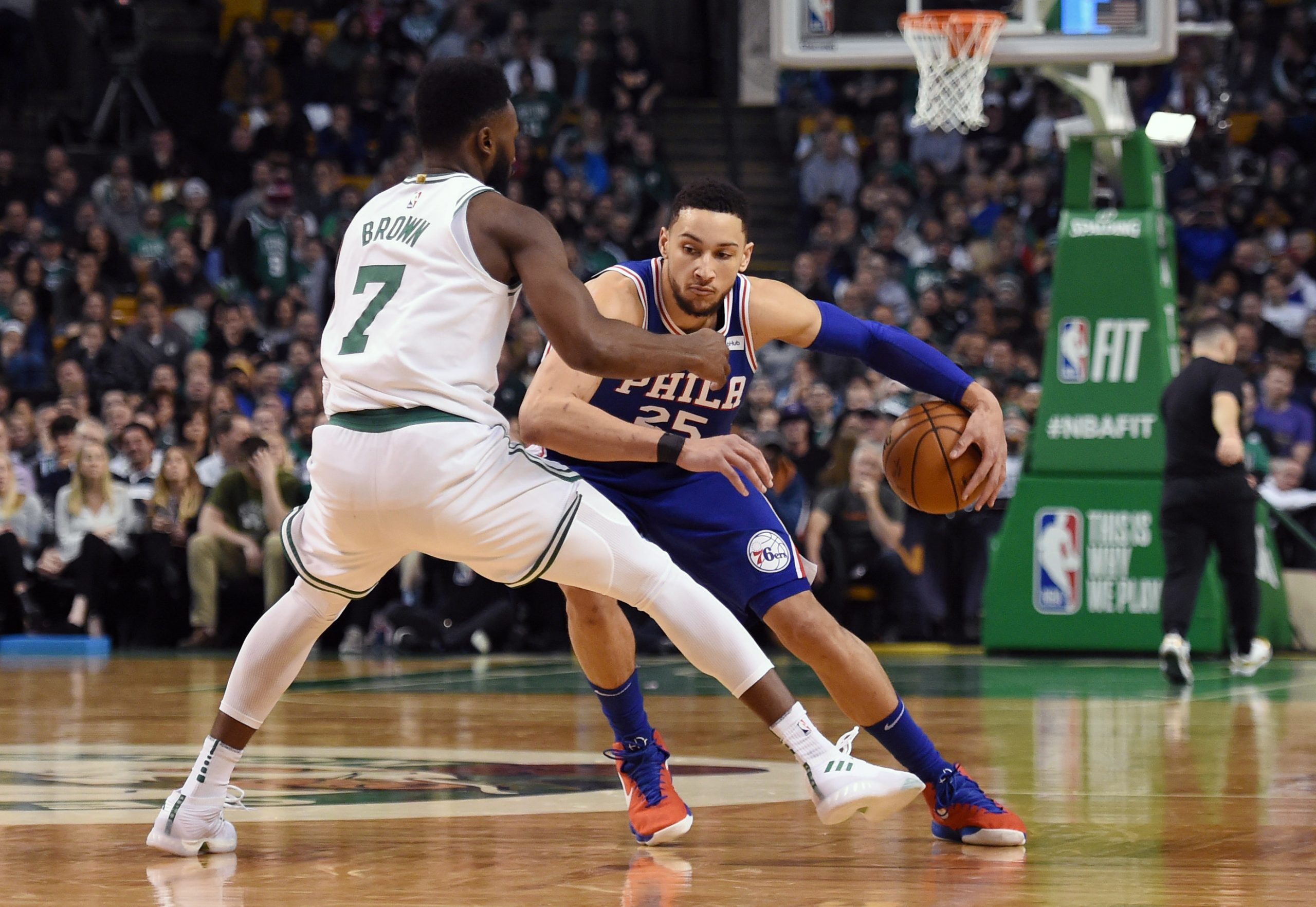 After a hard fought seven-game battle with the Milwaukee Bucks, the Boston Celtics are now set to play the Philadelphia 76ers in the Eastern Conference semifinals.

This is a highly anticipated matchup between two young teams that are in position to take over as the new powerhouses in the Eastern Conference. The Sixers have had almost an entire week to rest, as opposed to Boston’s one day off after an intense seven-game series.

It is important for the Sixers to not come out and play complacently. The Celtics have seemed to have caught a real rhythm as a team in their last game against Milwaukee.

The regular season matchup was 3-1 in favor of Boston. However, all of these games were played before the all-star break. In addition, the guys in green were being lead by all star guard Kyrie Irving. Irving averaged 25.6 points per game in the three wins over Philadelphia. However, with him out in the final matchup of the regular season, the Sixers came out on top.

Both teams are in a much different space than they were at that time. The Sixers have become one of the best offensive teams in the NBA behind Houston and Golden State, and it seems like they just get better as a unit every time they step on the floor.

Philadelphia looks even more motivated and intense than they did in their 16-game winning streak to end the regular season. The addition of free agents Marco Belinelli and Ersan Ilyasova has probably been the biggest story in the team’s recent success. These two guys, along with TJ McConnell and the rest of the second unit, can possibly be Philly’s biggest weapons in this series.

If the Sixers’ bench can outplay Boston’s second unit, I believe Philadelphia has a great chance of winning. Belinelli dropped 16 points per game in the Miami series. Ilyasova added 11 points and nearly 10 rebounds per contest. This kind of bench production along, with Ben Simmons’s attacking Boston’s smaller guards, JJ Reddick shooting lights out like he has been recently, and Joel Embiid being pretty much impossible to guard (mask on or mask off) looks to be a solid a recipe for success.

The only question is whether the Sixers can be more disciplined on the defensive end and find a way to close games out more effectively. If this happens, Philly can pull out four games and advance.

However, the Celtics were not the 2-seed in the East for no reason. In Irving’s absence, Boston’s young wing duo of Jaylen Brown and Jayson Tatum picked up most of the teams offensive slack. Brown averaged 17 ppg against Milwaukee while Tatum averaged 15.

Both players are capable of exploding at any moment, especially in the instance that one of them is matched up with the much smaller JJ Redick. Brown attacks the rim relentlessly and brings the heat on the defensive end.

Another key factor for the Celtics will be if point guard Terry Rozier can maintain his excellent level of play. Rozier’s ability to create off the dribble and hit open threes can create a lot of problems for the Sixers defense. He has shown that he has no issue with having the ball in his hands and making things happen at big moments for this team.

The biggest advantage that Boston has in this series is obviously experience. Led by veterans like Al Horford, this team has been battle-tested. This a group of guys who expect to return to the Eastern Conference finals in hopes of redeeming themselves, preferably against Lebron James and the Cleveland Cavaliers.

Both teams are playing with a level of commitment that you expect from two organizations that are hungry to return to the top of NBA mountain. We can expect to see a battle with the same intensity as the matchups of old between these teams.

This series has all the elements of a potential classic. Only one team can make out of this fight alive and take the next step towards becoming the new power in the East. Game 1 tips off tonight at 8 pm.