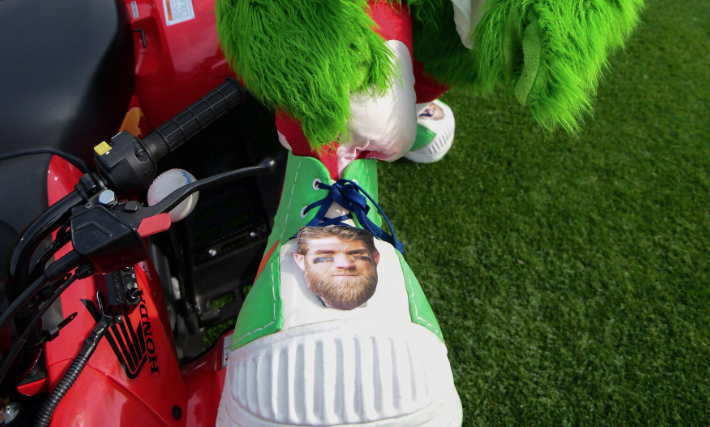 Bryce Harper endeared himself to his newest fans on Opening Day in a  variety of ways, and he entered into a new bromance with the lovable Phillie Phanatic by wearing Phanatic-inspired cleats. 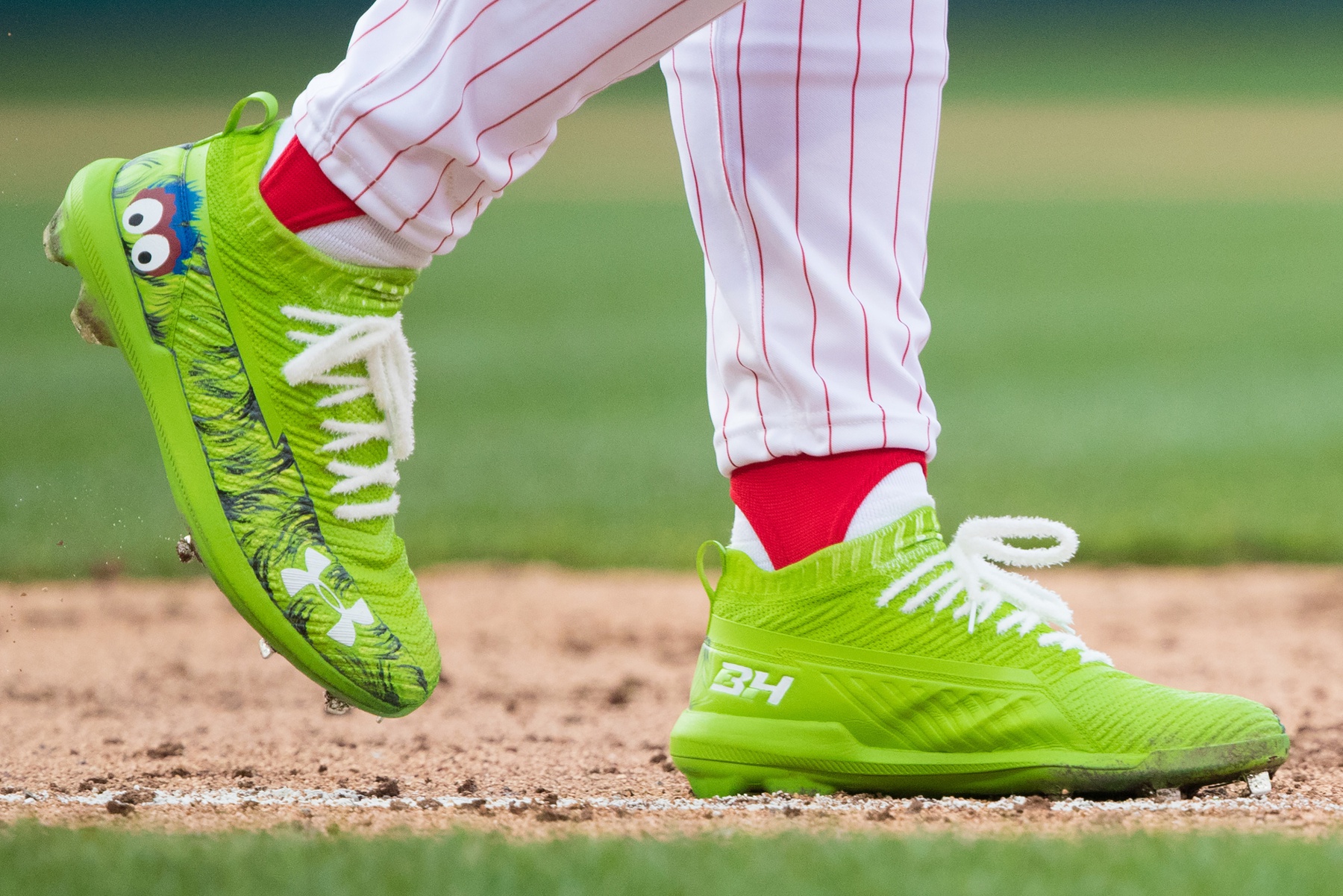 On Saturday, the Phanatic returns the love with special shoes of his own. While not quite as aesthetically pleasing to the eye, you have to love how the Phanatic made sure to include Harper’s face on his shoes for Saturday’s afternoon game against the Braves.

This is the beginning of a beautiful friendship. pic.twitter.com/LWmvkzaOwC

As for Harper’s footwear today, the right fielder is wearing blue cleats to go with the Phillies day game alternate uniform. It looks solid. As far as I can tell, no Phanatic tributes to be found.