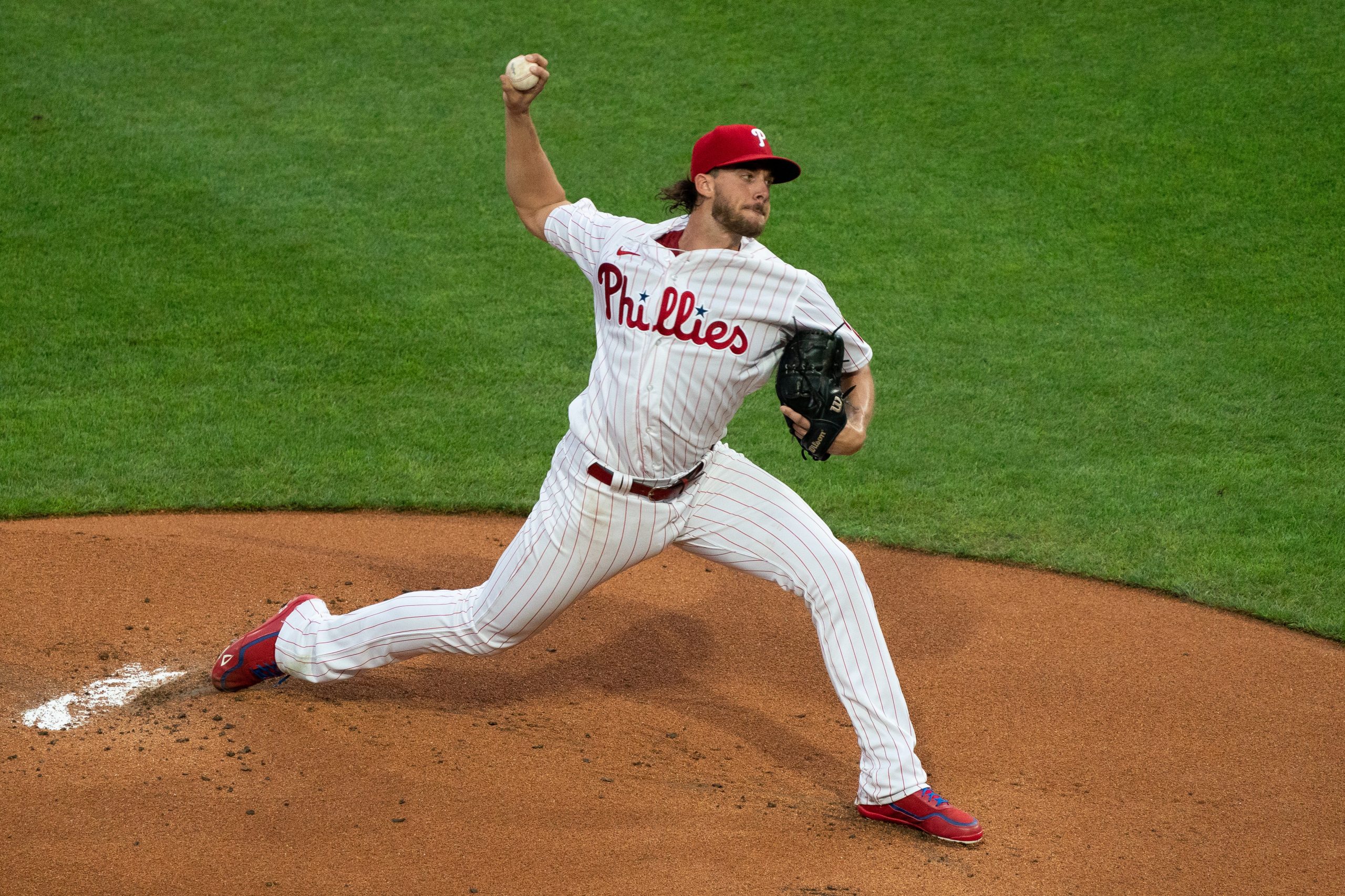 The Philadelphia Phillies opened their 60-game regular-season slate with a 5-2 loss to the Miami Marlins on Friday night. Sandy Alcantara took the mound for the Marlins and struck out seven batters over 6.2 innings of work.

Alcantara and the Marlins’ bullpen held the Phillies’ offense to just five hits and one earned run. The 24-year-old ace commanded his pitches well throughout the outing. He stayed ahead in the count and kept runners from getting on base.

“It’s not how we wanted to start. Everyone wants to win the first game of the year and continue to roll, but we’ve got to bounce back tomorrow,” Joe Girardi said after his first regular-season game as Phillies manager.

The first four batters in the Phillies’ lineup struggled on Friday night, combining for a disappointing 1-for-14 performance with six strikeouts. First baseman Rhys Hoskins hit a bloop single over Marlins second baseman Isan Díaz, but outside of that, the top of the order was held in check.

However, shortstop Didi Gregorius had an outstanding Phillies debut as the fifth hitter in the lineup. Gregorius tied the game with a solo home run in the fifth inning, the only run Philadelphia earned all night.

Then in the seventh inning, Gregorious was rewarded for his outstanding hustle when a routine fly ball to center field was dropped with two outs. Gregorious eventually scored from first on the error.

The Jonathan Villar error was…😬 pic.twitter.com/8ILN89a4Fo

Aaron Nola made his third consecutive Opening Day start for the Phillies. Nola threw the ball well during the first five innings, holding the Marlins to one run.

But the Phils’ ace ran into trouble in the sixth inning. He hung a curveball to Marlins first baseman Jesús Aguilar, who crushed it for a two-run home run. Nola finished the night with seven strikeouts and four earned runs over 5.1 innings.

“I felt good all game,” Nola said following his first outing of the season. “Obviously, I got in trouble in the sixth inning. I tried to throw that curveball to Aguilar a little bit lower, but it hung up and he put a good swing on it.”

“The same thing happened the next at-bat against Dickerson. Just a couple bad pitches in that inning kind of hurt me, especially after walking Rojas to start the inning.”

“You take away that two-run homer and he pitched really well. He controlled the zone, was very efficient, and kept his pitch count down,” Girardi said.

After Nola exited the game, the first pitcher out of the bullpen for the Phillies was Ramón Rosso, who was making his Major League debut. Rosso’s fastball which touches into the high 90’s, peaked at 98 on Friday night.

While his fastball buzzed by Miami hitters, he lacked control of his offspeed pitches and allowed an additional run in the sixth inning.

“We thought it was a pretty good matchup with the hitters they had coming up and the power that Rosso has. That didn’t work quite the way we wanted it to,” Girardi said.

“He got the big strikeout and we thought that he might get out of it. But he gave up the double that expanded the lead to 5-1. We’ve all been there during that first game in the MLB. Sometimes it goes really well and sometimes it doesn’t. I still really believe in that young man and he’ll get through it.”

The bullpen is one of the biggest question marks on the Phillies roster, with a plethora of young pitchers but no proven options to relieve the starters. Reggie McClain, Austin Davis, and Trevor Kelley each threw a scoreless inning of work against the Marlins.

“There’s some youth in the bullpen and we have to put them in the best situation to be successful. Austin, Reggie, and Trevor did a good job tonight, and we’ll try to build on that as we move forward.” Girardi added.

The Phillies return to play on Saturday for game two of the 60-game sprint that is the 2020 Major League Baseball season. Zack Wheeler will make his Phillies regular-season debut, facing off against Caleb Smith.