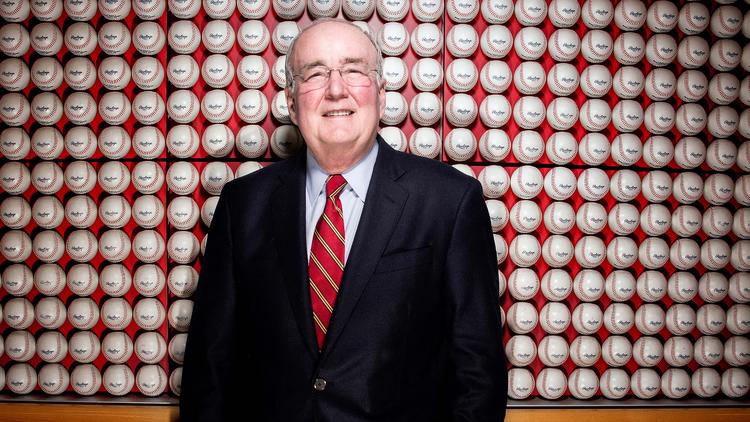 The Philadelphia Phillies announced the passing of longtime front office executive David Montgomery on Wednesday morning. Montgomery, 72, had been battling cancer for the past five years.

“David was one of Philadelphia’s most influential business and civic leaders in his generation,” Phillies managing partner John Middleton said in a released statement. “For 25 years, he has been an invaluable business partner and, more importantly, an invaluable friend. He was beloved by everyone at the Phillies. Leigh and I are saddened beyond words at David’s passing and extend our love and sympathy to Lyn, his children and grandchildren.”

From my point of view, Montgomery was an executive that was well respected by those around him, which is why it has been a shame to see his health deteriorate the way it had the last few years whenever he made a public appearance. His love for the Phillies was clear and he was devoted to do anything and everything he could to help when he could. The last few years have seen those appearances become more and more infrequent, for good reason. Montgomery was unable to be in attendance when the Phillies and the city of Philadelphia announced the all-star game will be returning for the first time since 1996 when it will be played in Citizens Bank Park for the first time in 2026, but it was made clear that was news Montgomery was really pushing to make possible.

Montgomery is survived by his wife and three children and three grandchildren.