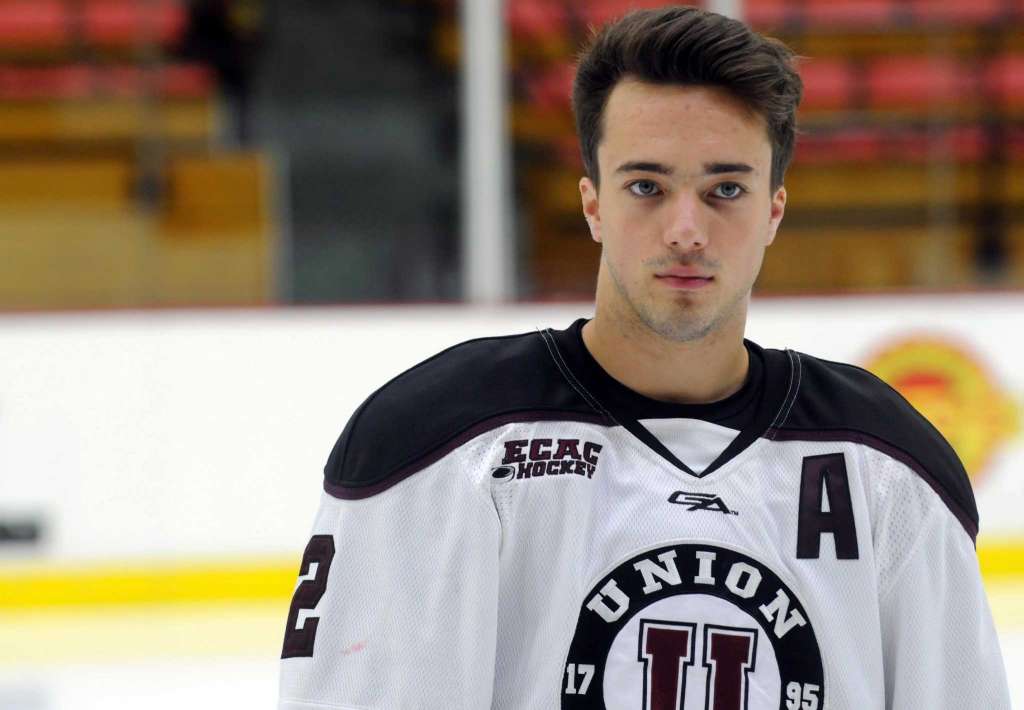 On March 27th, 2017, Monday morning it was announced that the Pittsburgh Penguins signed their 2014 7th round pick (203rd overall), defenseman Jeff Taylor, to a two-year entry level contract. Taylor will be joining the Wilkes-Barre Scranton Penguins, Pittsburgh’s AHL affiliate, on an ATO (amateur tryout.)

This signing comes after Union College, who Taylor played for, lost their game against Penn State University (and Penguins prospect Nikita Pavlychev) in the NCAA tournament. Taylor wasn’t exactly known for his offense until his senior year, in which he notched 9 goals for 33 points (both career highs) in 38 games. This ranked him 5th in scoring among defensemen in the entire NCAA (led by Adam Fox.)

During his four-year tenure at Union College, Taylor notched 92 points which ended up being the 2nd most ever for a defensemen in Union College’s history. Taylor won the NCAA championship with Union in 2014, his freshmen season.

With all of the injuries that Pittsburgh has sustained, which has led them to call-up defensemen such as Chad Ruhwedel and Cameron Gaunce, it’s very likely that Taylor will get a crack at the WBS Penguins lineup, sooner or later.