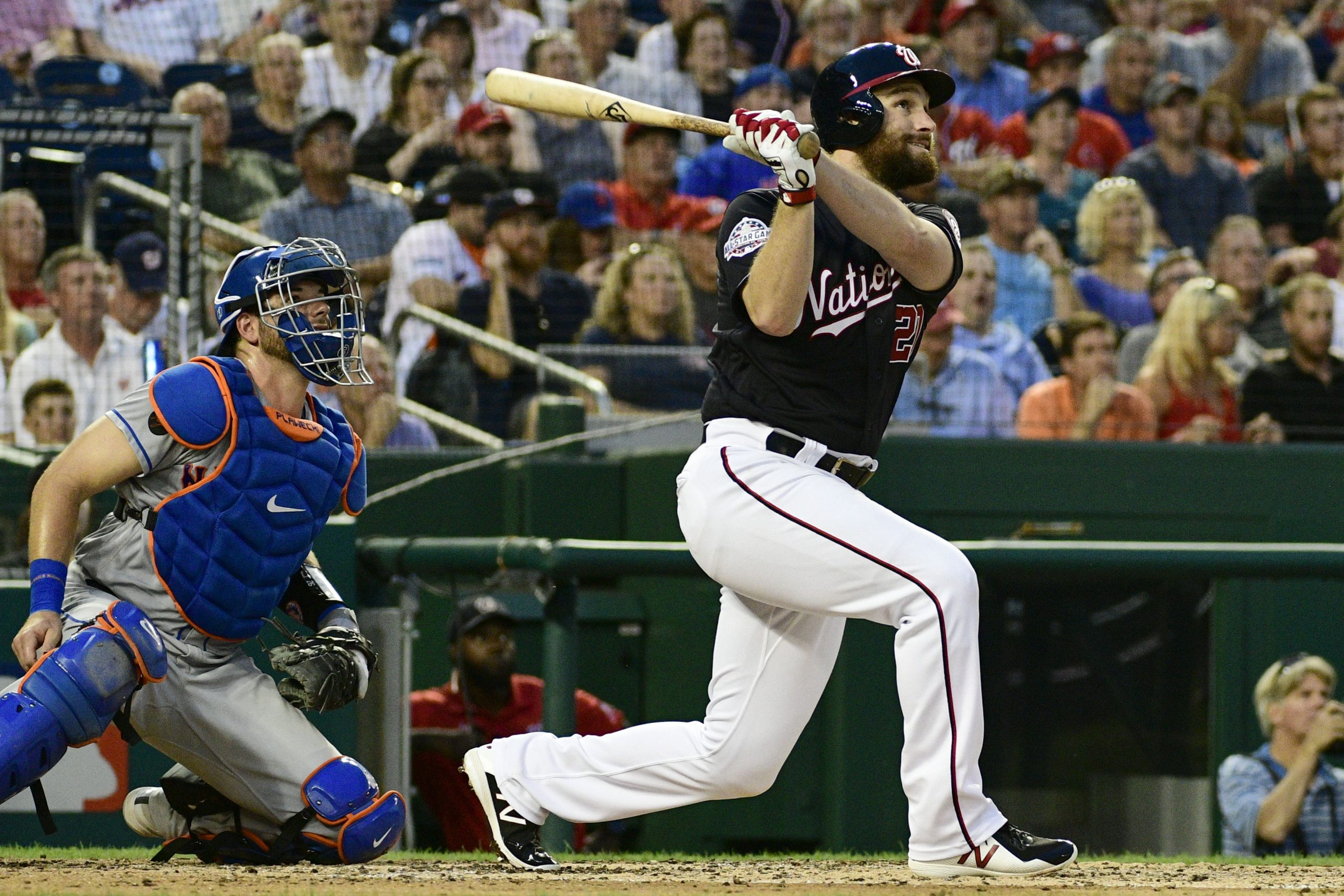 Did the Pittsburgh Pirates miss a potential opportunity to add a great hitter to a fledging offense on the cheap? It sure looks like it.

Tuesday morning sure did bring some surprising news for the Pittsburgh Pirates’ National League Central rivals, as the Chicago Cubs and St. Louis Cardinals made postseason moves, acquiring Daniel Murphy and Matt Adams to help down the stretch.

Adams was a typical move for the Cardinals, but the curious move was Murphy going from the Washington Nationals to the Cubs for a low-A prospect and a PTBNL/cash.

Through the rest of the season, Murphy is owed just $4 million, according to Yahoo! Sports’ Jeff Passan.

Murphy missed the start of the season due to injury, and then proceeded to get off to a slow start for Washington. However, since the All Star Break, Murphy is slashing .340/.370/.534.

It seems that the Pittsburgh Pirates sure could have used that, considering Josh Harrison has lost all sense at the plate and is battling a hamstring injury again, and rookie Kevin Newman has started the last two games at second base.

With Murphy going to the Cubs, that means that the other 13 National League teams (not counting Nationals, obviously) passed on a guy like Murphy on the waiver wire, allowing the Cubs to claim him and work out a deal with the Nationals. That’s baffling.

Now, with the Pirates scuffling, one has to think that because they just went 2-3 in games that they allowed one run – 7-12 overall in August – that seeing Murphy on waivers caused them to pass on taking on the $4 million. That being said, what if the Pirates were playing .500 baseball in August and weren’t struggling to score runs at this clip (6 runs in 59 innings)? Would it have been an easy decision to claim a guy like Murphy to help for the stretch run?

We’ll never know now that Murphy is a Cub. Right now though, it looks like a real opportunity lost for the Pittsburgh Pirates.