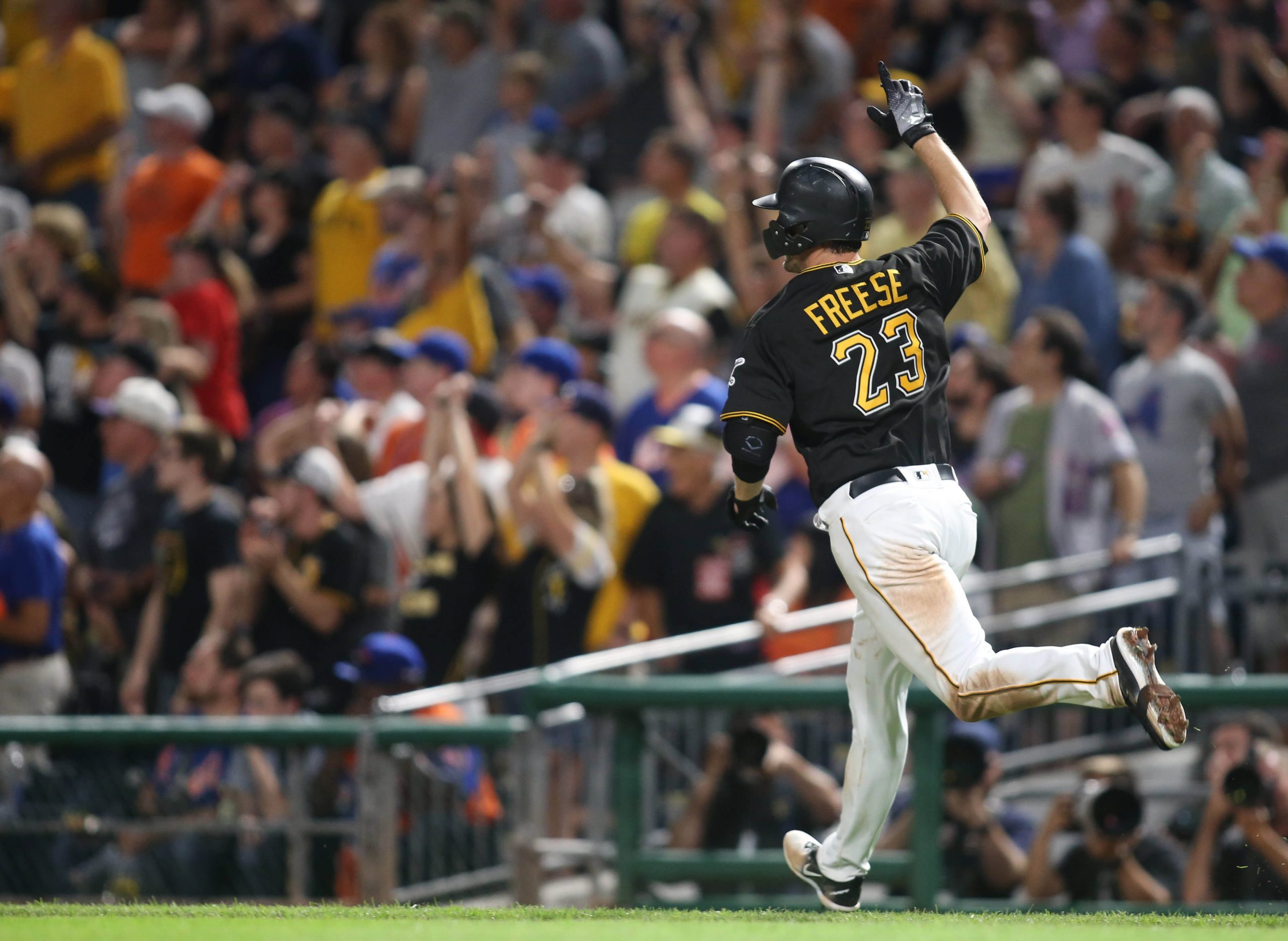 You could spend your entire life watching baseball and never truly figure it out. You can understand all the statistics and the game will still find ways to surprise you. Statistics are simply logical means to predict events. How likely a batter is to get a hit, how likely a pitcher is to record an out. However, sometimes the game can truly leave you stunned.

Trevor Williams is a formidable starting pitcher. He likely won’t anchor a rotation and win a Cy Young Award, but he is certainly a guy you like to have on your staff. Corey Kluber and Jacob deGrom are two guys with Cy Young capable stuff and are the aces of their respective staffs. They also both lost to Trevor Williams this past week.

The Pittsburgh Pirates came off a sweep of the Cincinnati Reds and most of their critics looked at the next series against the Cleveland Indians as a sure loss. The Indians had their two best starting pitchers going in the series and logically the Pirates shouldn’t have been able to match up. Over the course of 162 games, logic wins out, but in one game, anything can and usually does happen.

Trevor Williams was not a lucky winner in either of his two wins this past week, he was simply the best starting pitcher on the field in both games. In his two starts, he went 12 innings, allowed zero runs on nine hits and struck out six. The Pirates also walked away with two victories over two sure Cy Young candidates. You truly cannot predict baseball. It’s why this stupid game is so magical.

The Pittsburgh Pirates began their four-game series versus the New York Mets with a fairly ugly 12-6 loss. Game two looked to be more of the same as the team trailed 3-0 early. Losing the first two games against the last place New York Mets would have been an absolute disaster following a huge series win against the Cleveland Indians.

David Freese did not allow that to happen as the veteran was dynamic as he provided all the offense the Pirates would need in their 5-4 comeback victory. David Freese drove in all five runs, including his first walk-off hit as a member of the Pittsburgh Pirates.

David Freese has done it all during his MLB career. He’s been an All-Star, a World Series hero, and cast aside. During his time with the Pirates, he has been a steady and solid contributor. Against the New York Mets, he was the hero of the day. Freese was absolutely locked in during each of his at-bats. He went 3-3 with two walks, and of course, five RBIs. The Mets could not get the former World Series MVP out and in the end, he was all the offense the Pirates would need.

It’s easy to become cynical by the game of baseball. Because the season is so long, it is almost a necessity to not allow yourself to get too high or too low. However, it’s important to take a moment and enjoy when something marvelous happens. David Freese is a good man and a good ball player and his joy when he delivered the game-winning hit is why I love the game of baseball. It can turn a 35-year-old man into a screaming, leaping child.

David Freese will never be a Hall of Famer and once his career is over, he will likely be remembered only for his heroics in game six of the 2011 World Series. However, he has played 10 Big League seasons and not many get to do that. He is not the best player on the Pittsburgh Pirates by any means, but for at least one game, he was the most dominant hitter in the game of baseball. A man that deserved his postgame Powerade shower.

Baseball is a game of near-misses and the Pirates were dangerously close to glory. The team had won two straight against the New York Mets and seemed poised for another series victory. Joe Musgrove looked absolutely dominant as he allowed just one run in seven innings of work. That is normally enough to earn a victory. However, on Sunday afternoon, Zack Wheeler had other ideas.

The Mets starter was one better than Musgrove as he allowed zero runs in six innings of work. More important than his work on the mound, he also provided the Mets with their only run of the day.

Zack Wheeler beat the Pittsburgh Pirates on Sunday and there is no other way to say it. He kept their bats quiet all day and his double was the deciding blow. When that happens, you simply have to tip your cap and acknowledge greatness. Wheeler has always had ace-level stuff, but has never been able to put it together for a full season. On Sunday, you saw why the 28-year-old is garnering such interest as the trade deadline looms.

Sunday’s game was frustrating because the Pirates let a chance to win a series slip away but it wasn’t from lack of trying. The adage of good pitching beats good hitting ran true. It also doesn’t help when the opposing pitcher provides all the game’s offense. Annoying? You are absolutely right, but you can’t dwell on it for too long. The team walked away with two victories and are still in the race. Compare that to where the Pirates were at the beginning of July and I think most fans would be happy with their position in the standings.

The Pittsburgh Pirates will enjoy a well-deserved off-day before beginning a series against the Chicago Cubs. Folks, it don’t get much bigger than this. The Pirates have a great chance to put a stamp on their return to contention. Or they will get a humbling smack back to reality. Either way, the upcoming week will be very interesting for the 2018 Pittsburgh Pirates.