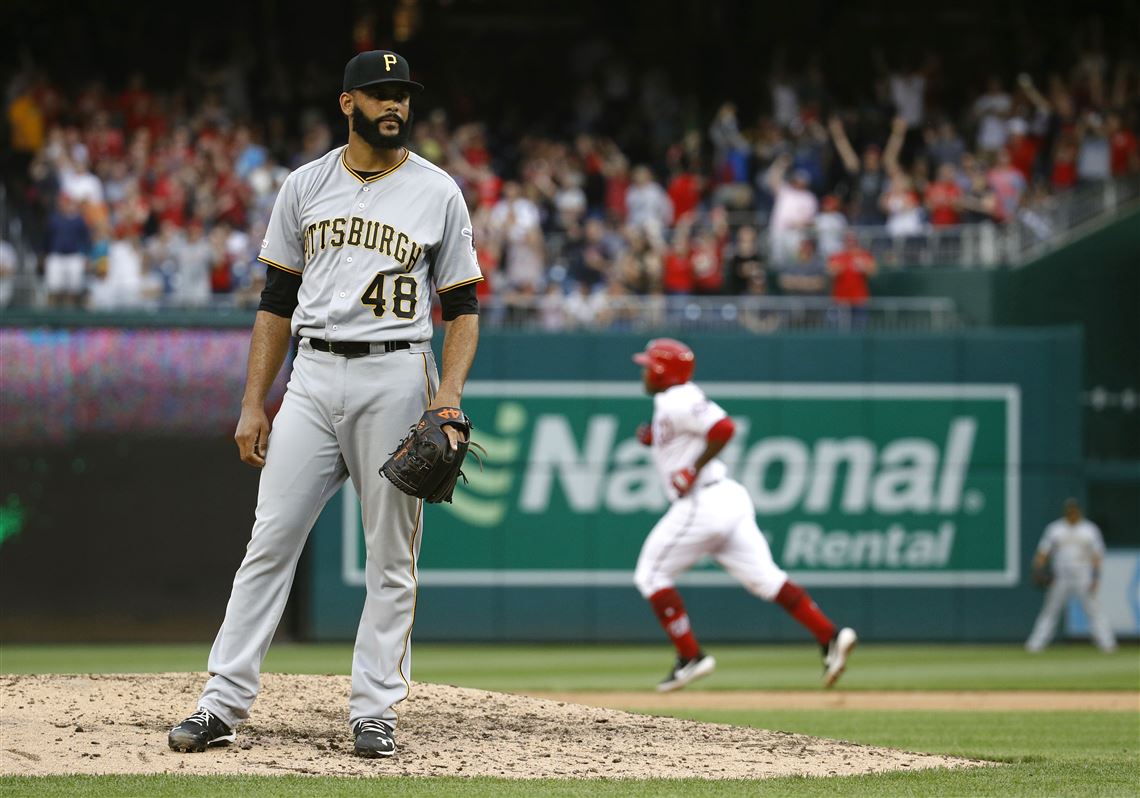 The Pirates let another late inning lead go while falling to the Washington Nationals in game two of their three-game series on Saturday by the score of 3-2.

Pittsburgh scored first in the top fourth after a Josh Bell triple, as Colin Moran drove him in for the 1-0 lead.  The Nationals tied it in the bottom half of the fourth after a Anthony Rendon double and an RBI single by Kurt Suzuki.

Melky Cabrera hit his first home run of the season to give the Pirates a 2-1 lead in the sixth, but it all fell apart in the eighth. After getting the first two outs, reliever Richard Rodriguez gave up back-to-back home runs to Adam Eaton and Howie Kendrick to give the Nationals a 3-2 lead that they wouldn’t relinquish.

Despite the frustrating loss, there’s a few key things to take away for the Pirates.

Chris Archer: He has been having himself an interesting start to the season in the three starts he’s had. In the home opener against the St. Louis Cardinals, he went five innings, with eight strikeouts, three walks and no runs allowed. Most fans remembered the dust up he got himself in with his second start against the Cincinnati Reds. He started the benches-clearing brawl after throwing behind Derek Dietrich, which caused him to get suspended five games. He’s appealing, so it made it possible for him to start this game.

Even though he had a great start against the Cardinals, this one was probably his best one out of the three. He went seven innings with nine strikeouts, two walks and one earned run. The reason I think it’s his best start is he’s giving the Pirates high quality starts while today going past the sixth inning, which didn’t happen in the first two games.

Archer, at times, seems to be the forgotten man in the rotation that has Jameson Taillon and Trevor Williams as the anchors and with Joe Musgrove and Jordan freaking Lyles having great starts to their seasons.

We say it all of the time: this team begins and ends with their rotation and these five have been bringing it night in and night out. The hope is the rest of the team starts doing that as well.

Runs: The Pirates have scored 47 runs this season so far in 13 games, so an average of 3.6 per game. In most games the team would hope that would be enough with a great rotation and front office that has a history of building good bullpens (we will address that in second), but there have been more times than not that the team continues to struggle scoring runs.

Bell has been a bright spot, he’s hitting .292 with three home runs and 10 RBIs, both team highs. Cabrera has been a great pickup for them hitting .432 in 37 at-bats and is getting most of the play in right field with Gregory Polanco still on the injured list. Even with Cabrera and Bell the offense is lacking and with only one other regular hitting more than .250 (Adam Frazier is at .275) the offense isn’t scoring enough runs consistently enough for even this rotation to win them all the games.

They need guys like Starling Marte (.226) and Francisco Cervelli (.214) to get it going to give this pitching staff some more breathing room.

Eight Inning Guy: The Pirates are finding in difficult to find the guy before Felipe Vazquez, who has been having a very solid start to the season. He has four saves and only one run has scored while he’s been out there and that was unearned, but the guys they have been trotting out there haven’t kept the leads enough to get to him to lock it down.

The first guy was the victim today in Rodriguez, who gave up his third and fourth home runs of the season. He gave up five all of last season after being called up. He failed Saturday holding it down to turn over to Vazquez.

The main eighth inning guy before this was Keona Kela, who isn’t fairing any better than Rodriguez. He gave up a home run Friday night in the eighth and if it wasn’t for a Moran three-run home run, that could’ve been another Pirates’ loss. That was the third home run he’s given up this season while allowing five runs and blowing three leads the Pirates have had when giving him the ball. In 2018 he gave up seven home runs.

With these two struggling and Kyle Crick on the injured list it will be interesting to see who gets the ball in the eighth again when the Pirates have a slim lead.