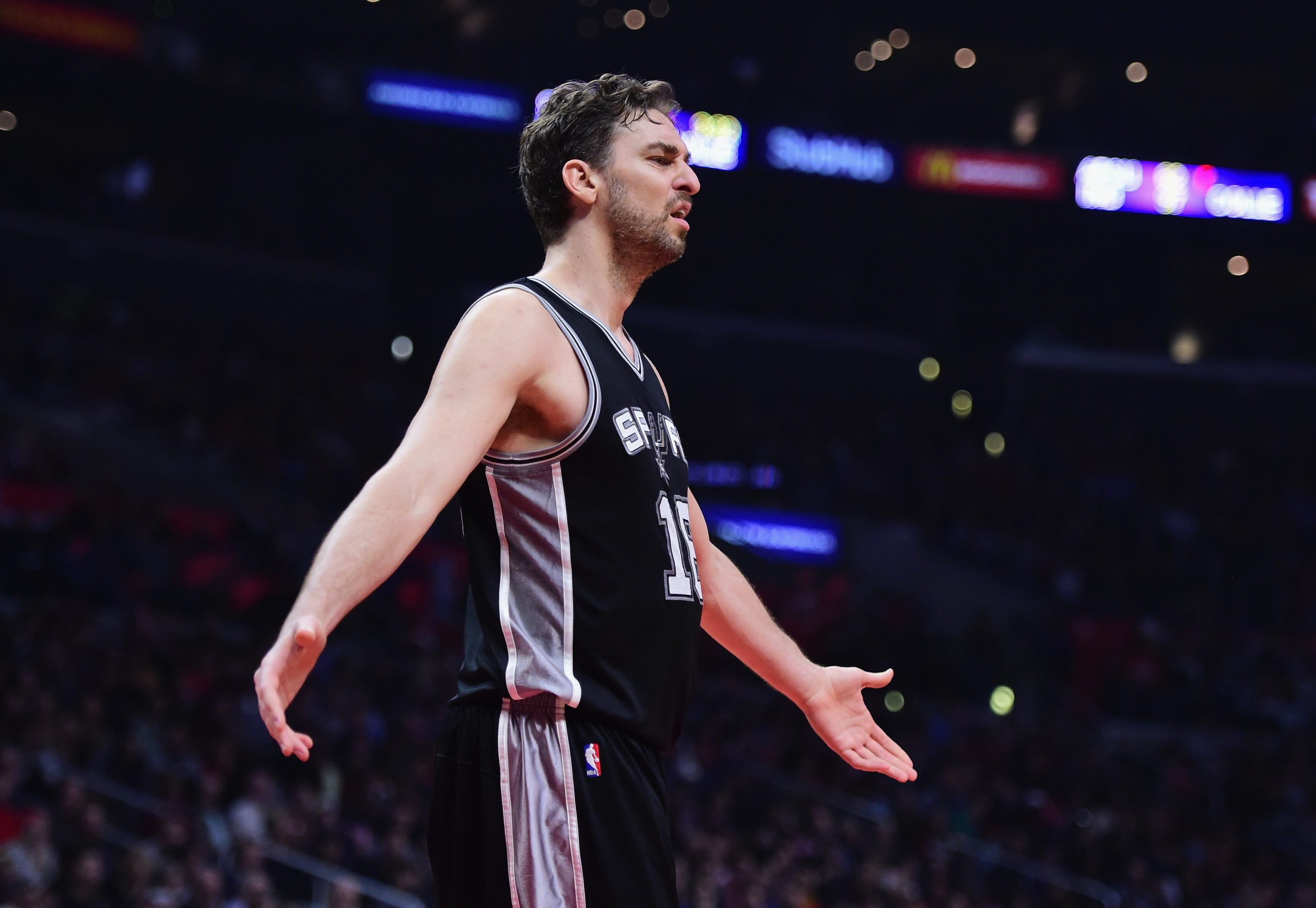 AT&T CENTER – After Thursday’s game against the Philadelphia 76ers, San Antonio Spurs center Pau Gasol will have missed 10 games this season. Gasol has missed the Spurs’ last seven games after fracturing and then having surgery on his left fourth metacarpal.

Though the Spurs never officially released a timetable for Gasol’s return, Spurs Head Coach Gregg Popovich revealed Thursday that Gasol could be returning just before or after All-Star break.

“They tell me that maybe at the beginning of All-Star break, somewhere around there, maybe he can play a game,” said Popovich. “If not, when we return, he should be able to. So I’m guessing after break (All-Star break), he should be ready to go.”

When asked what Gasol’s been doing since he can’t play basketball, Popovich joked that Gasol has been working out excessively with the Spurs’ training staff.

“You can’t even see him anymore,” said Popovich. “They’re working him out twice a day.”

Since Gasol went down with the injury, the Spurs have gone 5-2 in his absence. If Gasol returns just before the All-Star break, then that might be around mid-February, when the Spurs finish up the first part of their Rodeo Road Trip in Orlando on February 15.

If Gasol returns right after All-Star break, he could be returning against the Los Angeles Clippers on February 24.