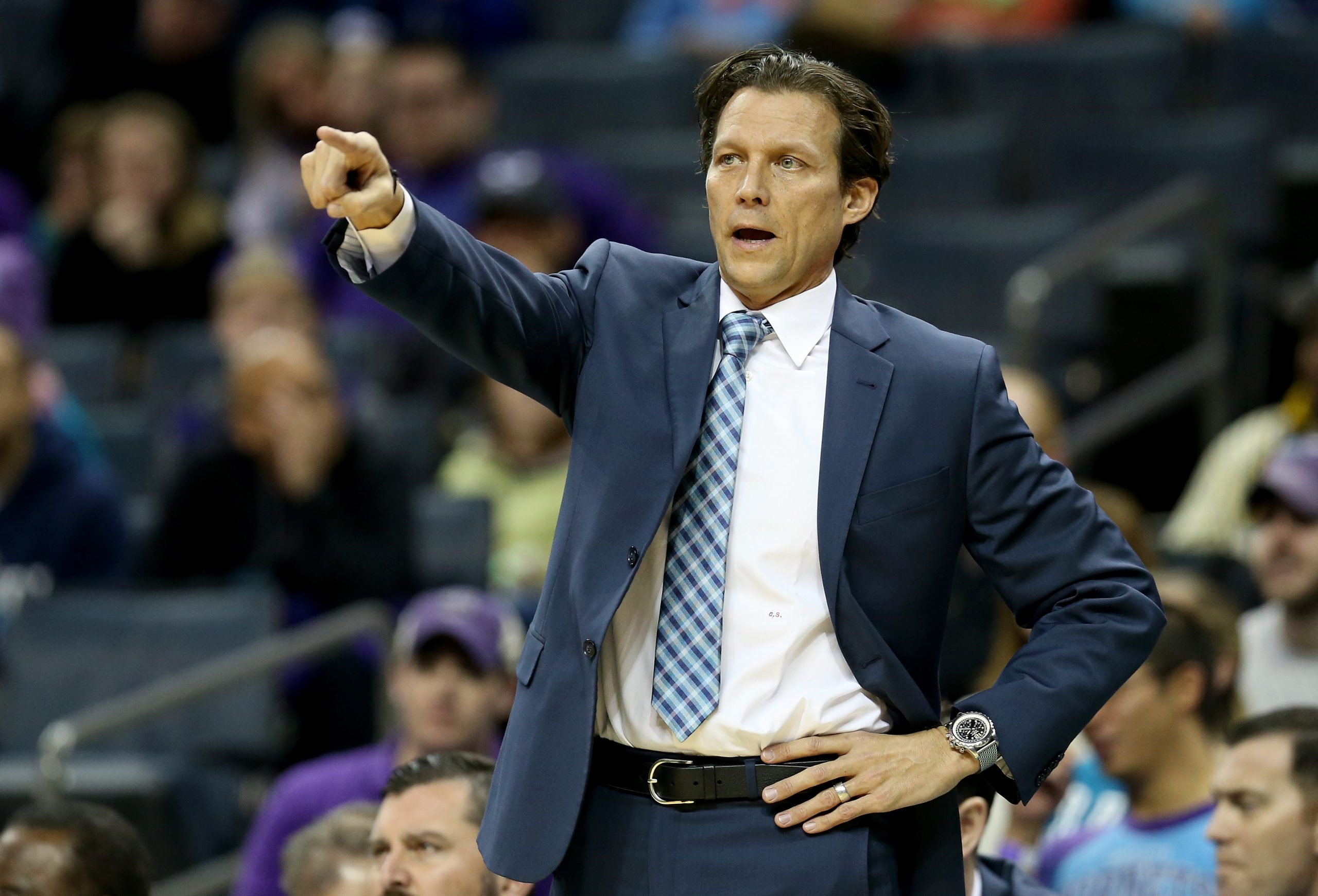 Quin Snyder is no longer a member of the Utah Jazz. The long-time Jazz head coach shook the NBA world on June 5th, a decision that also reportedly shook Jazz All-Star, Donovan Mitchell, as well. Expect trade rumors surrounding Mitchell and Rudy Gobert to be rampant now. Snyder found plenty of success during his Utah tenure, though he was never quite able to get the elusive NBA title.

When asked about the decision, Quin Snyder simply said “I strongly feel that they need a new voice to continue to evolve. That’s it,” “No philosophical differences, no other reason. After eight years, I just feel it is time to move onward.” With this in mind, it is worth wondering where Snyder could end up next in his NBA journey. During his eight years with the Utah Jazz, Snyder finished with a 372-264 win-loss record. On top of this, he also spearheaded Utah’s six-year playoff streak, the longest active postseason streak in the Western Conference. Without further adieu, here are a couple of likely landing spots for Quin Snyder going forward.

The Charlotte Hornets continue to be on the cusp of tasting the playoffs. There seems to always be just one roadblock that keeps them right out of the postseason. As a result, Charlotte parted ways with James Borrego and also reportedly are interested in candidates with previous head coaching experience. The Hornets finished with a win-loss record of 43-39, good enough for only 10th place in the Eastern Conference. They will be hard pressed to find one on the market with as much experience as Quin Snyder. Not to mention, the Hornets possess an up and coming star in LaMelo Ball, who has some similarities in his game to Donovan Mitchell. With plenty of young talent on this team, Quin Snyder very well could be the missing link in terms of pushing this young team into the playoffs.

It is still unlikely that the 76ers part ways with Doc Rivers. However, the chance is still there considering he just had another massive letdown in yet another second round playoff series. At some point, someone in the front office is going to decide this is cause for concern. If Philadelphia did decide it was time for a change, then this job would be extremely hard for Quin Snyder to pass up.

He would have the runner-up MVP candidate in Joel Embiid to coach and build around, not to mention, some very nice young talent to develop with the likes of Mattise Thybulle and Tyrese Maxey. We have already seen what Snyder can do with another All-Star center, now imagine what he could do with one that has been in the MVP conversation for two straight seasons now. As alluded to already, Doc Rivers is still the coach, but things can happen extremely quickly in this league. If the Philadelphia 76ers job were to open up, then Quin Snyder would be a prime candidate for the job.