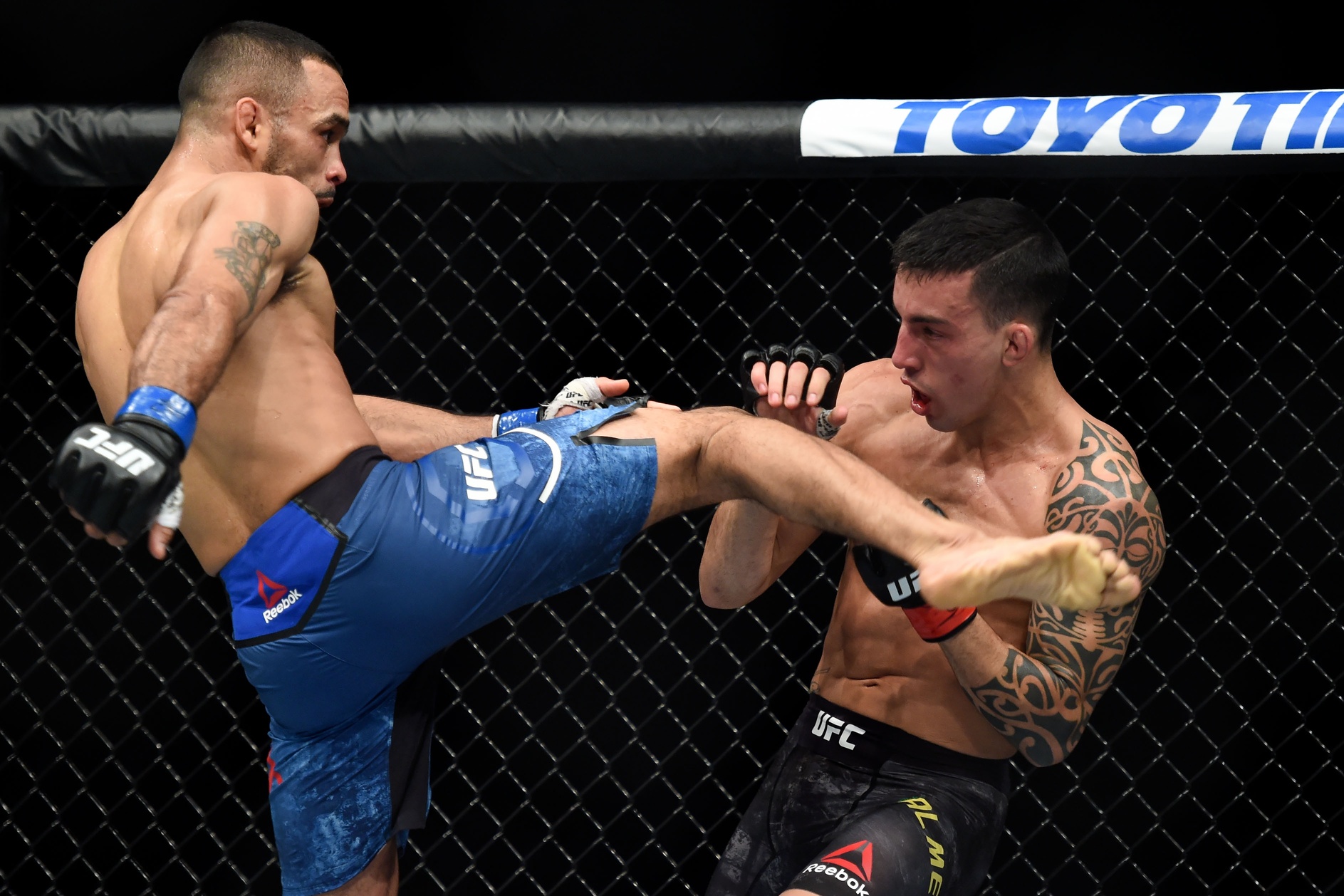 Fresh off of a pair of cards where we highlighted a pair of jiu jitsu aces, we look to a different type of fighter this time. While neither of these guys are strangers to the ground game, they are much more likely to dazzle the fans by standing and banging. With appropriately timed fireworks nearly guaranteed, here are two guys fans are not going to want to miss this weekend.

What makes them impressive

As previously mentioned, both of these guys carry explosives in their hands. Lewis rarely wins a fight without a knockout, and although Font has quite a few more wins by other methods, plenty of those other wins contain instances of stunning his opponent with his hands. However, the most impressive thing about these heavy-handed pugilists is that they have also shown the ability to wrestle. Font has been known to use it at the end of round to sway the judges, while Lewis has used it to unleash some brutal ground and pound. Lewis also uses his wrestling defensively, as seen in his bout with Jared Rosholt. While Rosholt, an impressive wrestler, got him down a few times, attempting one too many times got him shucked and KO’d.

Why they have been overlooked

The reason people have not swarmed to Font is quite easy. Training out of Sityodtong in Boston, Font has frequented the Northeast fighting circuit. While the South has Legacy FC for a large promotion and the West has RFA, the Northeast has yet to develop a budding promotion. Perhaps the closest thing the area has is CES, to which Font is a six-time veteran and champion. Although the promotion did not generate quite as much hype as the aforementioned promotions did for the likes of Kevin Casey and Bubba Bush, who are both also on this card.

Lewis, on the other hand, has really no reason to be without followers. His constant KO power and quick finishes usually bring hype. However, he has often drawn criticism for his cardio. With many fans thinking that he couldn’t last in a full length fight, they don’t believe he is the real thing.

What makes these are good matchups

George Roop possesses something that most bantamweights do not. At 6’1” he has length and reach that most in the division have never seen. Yet Font does not fit that “most”. He has been groomed to fight someone similar to Roop for the past couple years. Half of his opponents from the past two calendar years have all been 5’11” or above and in these fights he’s shown that he can close that distance and still get the knockout.