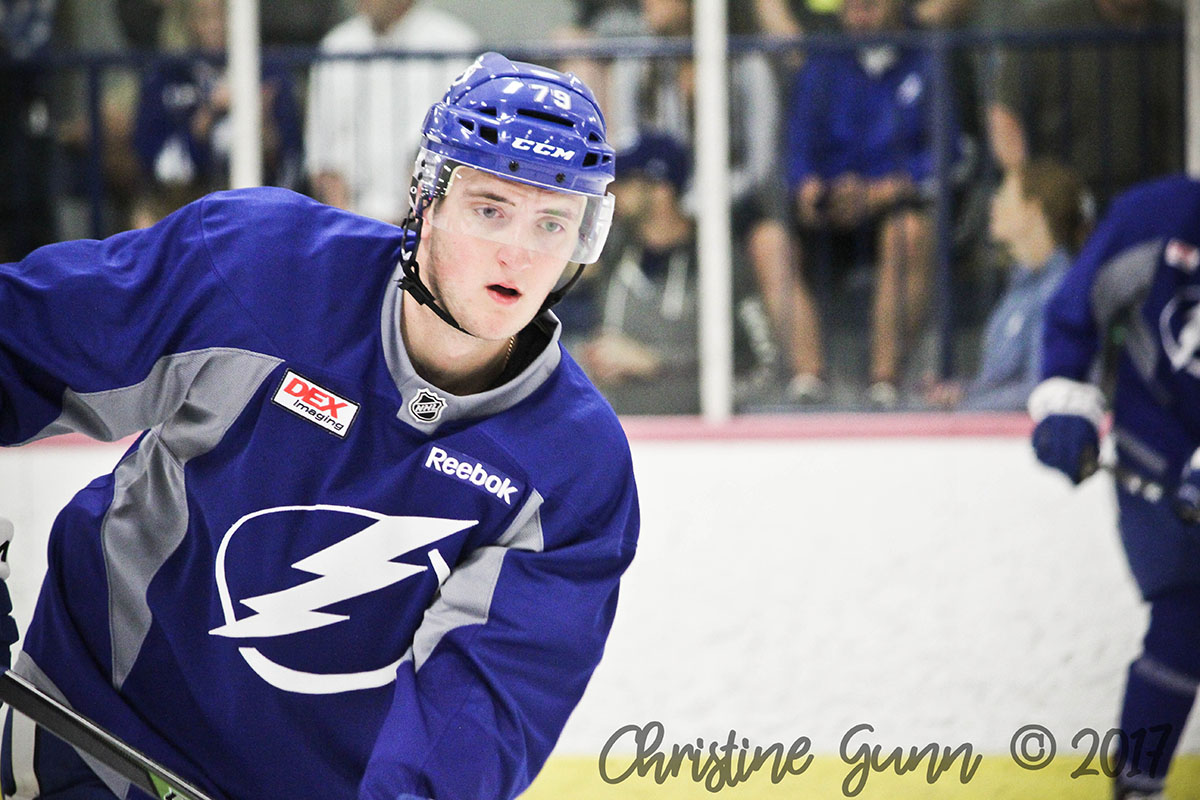 Evgenii Dadonov‘s goal at 15:02 of the second period broke a tie and helped the Florida Panthers defeat the Tampa Bay Lightning 4-2 at Amalie Arena.

Alexander Volkov tied it for Tampa Bay at 14:30 before Dadonov restored the Panthers’ lead 32 seconds later. Peter Budaj made 24 saves.

After Vrbata’s power-play goal gave Florida a 3-1 lead at 4:34 of the third period, Volkov scored his second goal of the game with 7:16 remaining to make it 3-2.

Alex Killorn: “The first period was tough… Throughout the second and third, I thought we played a lot better.”

Matthew Peca on working on his skating: “You have to be fast in this league and make decisions quick. That’s something I take pride in.”

Coach Cooper: “Pecs has made considerable strides… He is definitely somebody it looks like we’re going to be able to count on.”

Coach Cooper: “We had a really young lineup tonight… You want to see improvement and that’s what we saw tonight.”

The Bolts visit the Florida Panthers Tuesday at 7:30 PM.