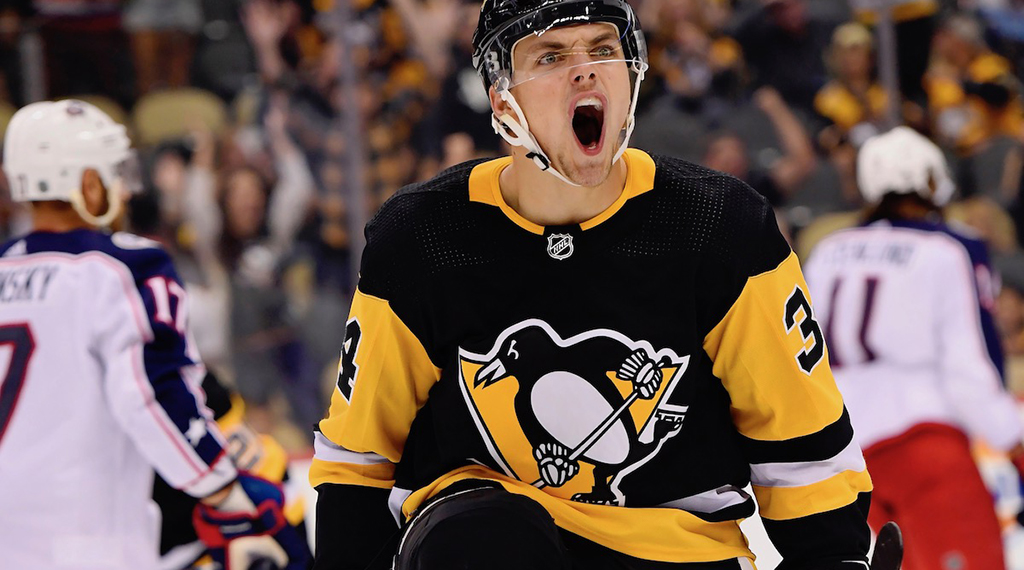 You can feel it in the air. It’s a little bit crisper. The days are getting ever so shorter.

That’s right, we’re 207 days out from Tax Day here in the states. Never too early to prepare, folks.

In the meantime, we might as well watch some damn hockey.

The Columbus Blue Jackets took a ride on I-70 East to PPG Paints Arena for a little rehearsal game.

The Pens dressed some of the big boys, but not all of them. Columbus dressed…uh, whoever is left there these days?

No Sid or Letang, but Geno, Galchenyuk, Guentzel, and Schultz were in the lineup and Money Murr was between the pipes.

Why do a full recap of a preseason game? Let’s just hit some highlights.

What a night for the third-round pick. More specifically what a 23 seconds.

The first goal is what those in the business call a “goal-scorer’s goal.” A bit of a scrum off the face-off, Legare pulls the puck in and snaps it five-hole.

The scouting report on Legare is that he has a powerful shot. Welp.

Before you could get up, go to the fridge and grab a Thursday Night Cold One (don’t lie to me, you heathens, you know what you did), Legare was snatching pucks and snapping shots for his second of the night.

The scoresheet gave Bjorkqvist the assist, but let’s call it what it is – CBJ defenseman Carlsson put that on a platter for Legare.

we won the kessel trade!!

…that’s how you watch the preseason, right?

Galchenyuk eased some of the pain, though it will never fully heal on this blog, of losing our sweet Phil but his shot off the wall on the power play was a positive development.

Just what you want to see out of Galych (is that how we’re spelling the nickname? Screw it), works the puck up top, floats a bit, finds the open area and fires that quick release past the goalie.

woW I Can’T BeLiEVe TheY pAiD GuEnTZel ThAT MuCh MoNEy!

Good start for the 40-goal scorer.