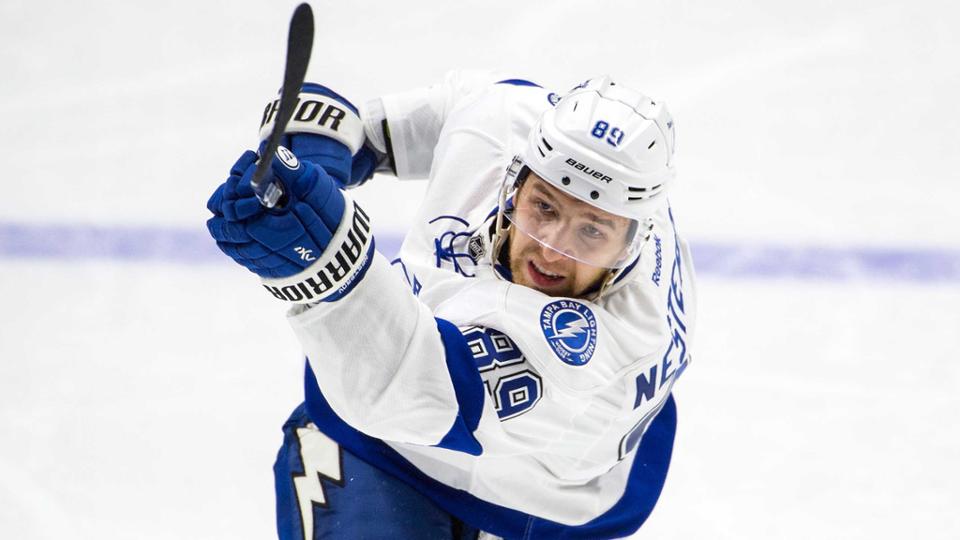 The Tampa Bay Lightning fell to 2-2 in the preseason as the Nashville Predators scored late to earn a 4-3 win.

With the Bolts on the power play, Nikita Nesterov got them on the board when

he blistered a shot from the point that beat Predators’ goalie Marek Mazanec at 5:54 of the first period from Jonathan Drouin and Valtteri Filppula.

With only 35 seconds left in the first period, the Predators’ Mike Fisher beat Ben Bishop when he was left all alone on the power play. James Neal and P.K. Subban earned the assists on the tying goal.

Nashville took the lead at 5:56 of the second period as Subban scored on a deflected point shot. The power play goal was assisted by Mike Ribeiro.

Nashville scored five seconds into a 5 on 3 power play as Mike Ribeiro. Filip Forsberg got the puck on a failed Nesterov clear and dished to Ribeiro who beat Bishop at 12:37. But Valtteri Filppula answered back just seconds later to bring the Bolts within a goal, 3-2. Filppula got the puck as goalie Ben Bishop hit him with a beautiful stretch ass. Bishop and James Wisniewski earned the assists. At 3:07 of the third period, Cory Conacher gathered the puck all alone in the slot and beat Maranec to tie the game at three.

With 4:23 left in the third period, the Predators Cody Bass scored on an odd man rush to take the lead 4-3.

Bass blew by defenseman James Wisniewski and beat Bishop for the game winner.

The Lightning practices on Monday and heads to Estero for four nights including a game at Florida on Thursday.