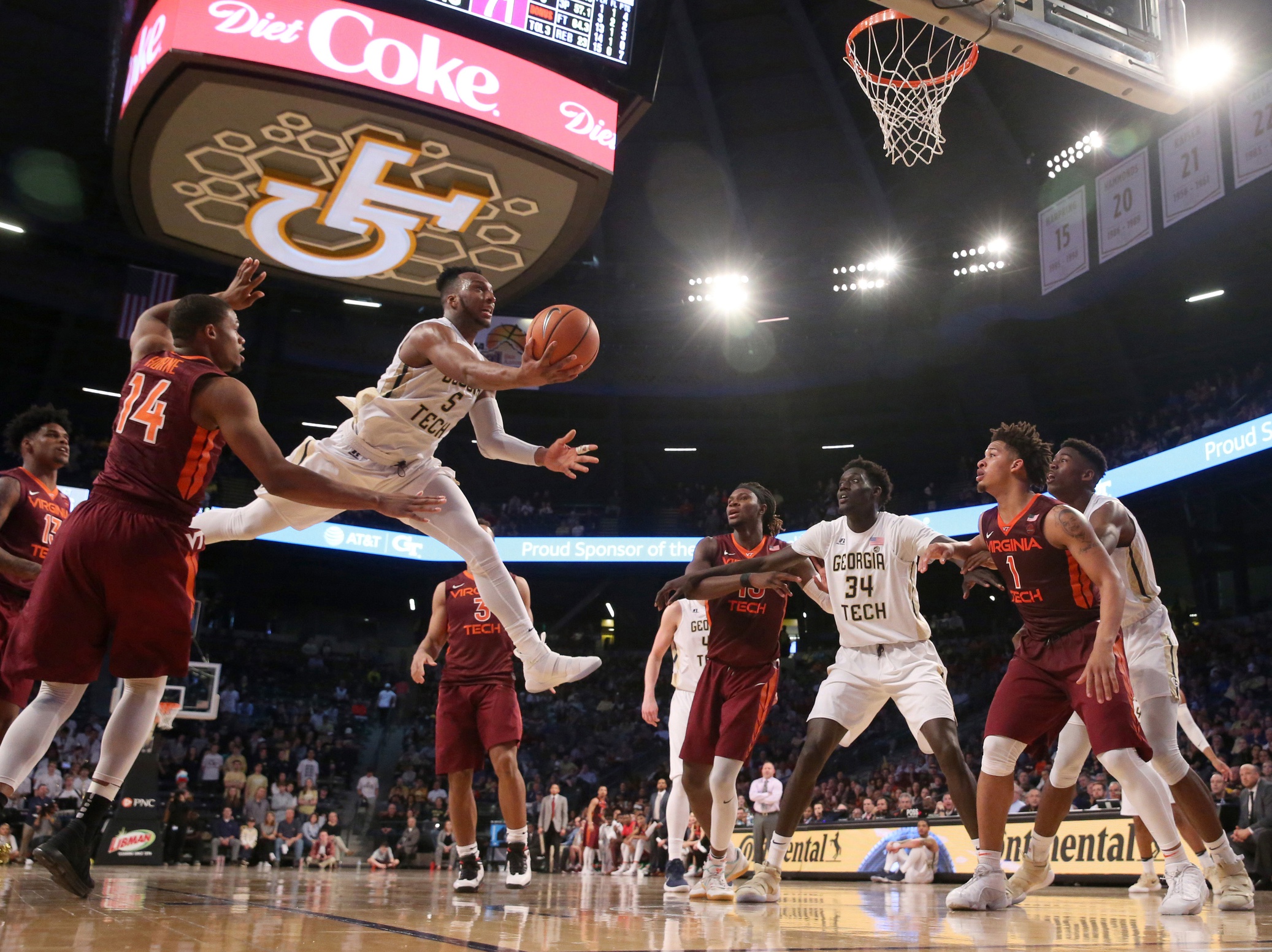 Okogie is a physically strong guard with the length of a wing and a sweet shooting stroke. He turned the ball over more than he assisted in college, and his overall feel for the game is probably the area that needs the most development. Overall he is a high-upside prospect thanks to his NBA-ready body and his ability to drive and finish in the lane, score from the perimeter, and use his length and strength to stifle the opposition on defense. Okogie first caught my eye during last year’s National Invitational Tournament at Madison Square Garden, in which Josh squared off with a fellow diamond in the rough in Texas Christian University forward Kenrich Williams. These two players are on the opposite end of the spectrum in terms of their profiles.

The team that drafts Williams will know exactly what they are getting from the ready-made veteran forward — a little bit of everything. The franchise that snags Okogie will be looking to slowly develop him and mold him into the player they envision him becoming. I’ll go out on a limb and say that there won’t be a player from this class that shocks the general public to the extent that Donovan Mitchell did. Okogie is not as well-rounded on either end of the floor as Mitchell was coming out of Louisville. But if I were forced to pick a player that in some universe could have a similar impact as Mitchell it’s probably Okogie. Think I’ve lost my mind? Enjoy these highlights of freshman Okogie (from January 2017) torching a talented Florida State Seminole squad that was ranked sixth in the nation at the time. Okogie’s first step is strong, he’s an incredible leaper, and he showcased solid passing (five dimes) in that 35-point, 14-rebound masterpiece. In the unlikely event that a team empowers him in year one by putting the ball in his hands a lot and letting him play through mistakes, he could break out sooner rather than later. I wouldn’t expect this to happen, but I think it’s within the realm of possible outcomes, especially if he’s a star in the summer league.

Having gone to high school and college in Georgia, the Atlanta Hawks make sense at 19. Okogie could conceivably hear his name called at any point once the lottery portion of the draft is finished. It’s possible Okogie’s size and outside shooting will allow him to be an immediate contributor on one of the clubs selecting in the 20s that made the playoffs this past year. However, if Okogie slips past Atlanta, he might be best off landing in Brooklyn (29). Frankly I wouldn’t be surprised to see him land anywhere between the end of the lottery and the end of the first round. If he falls into the second round, the team that ends up with him could be netting the steal of the draft.