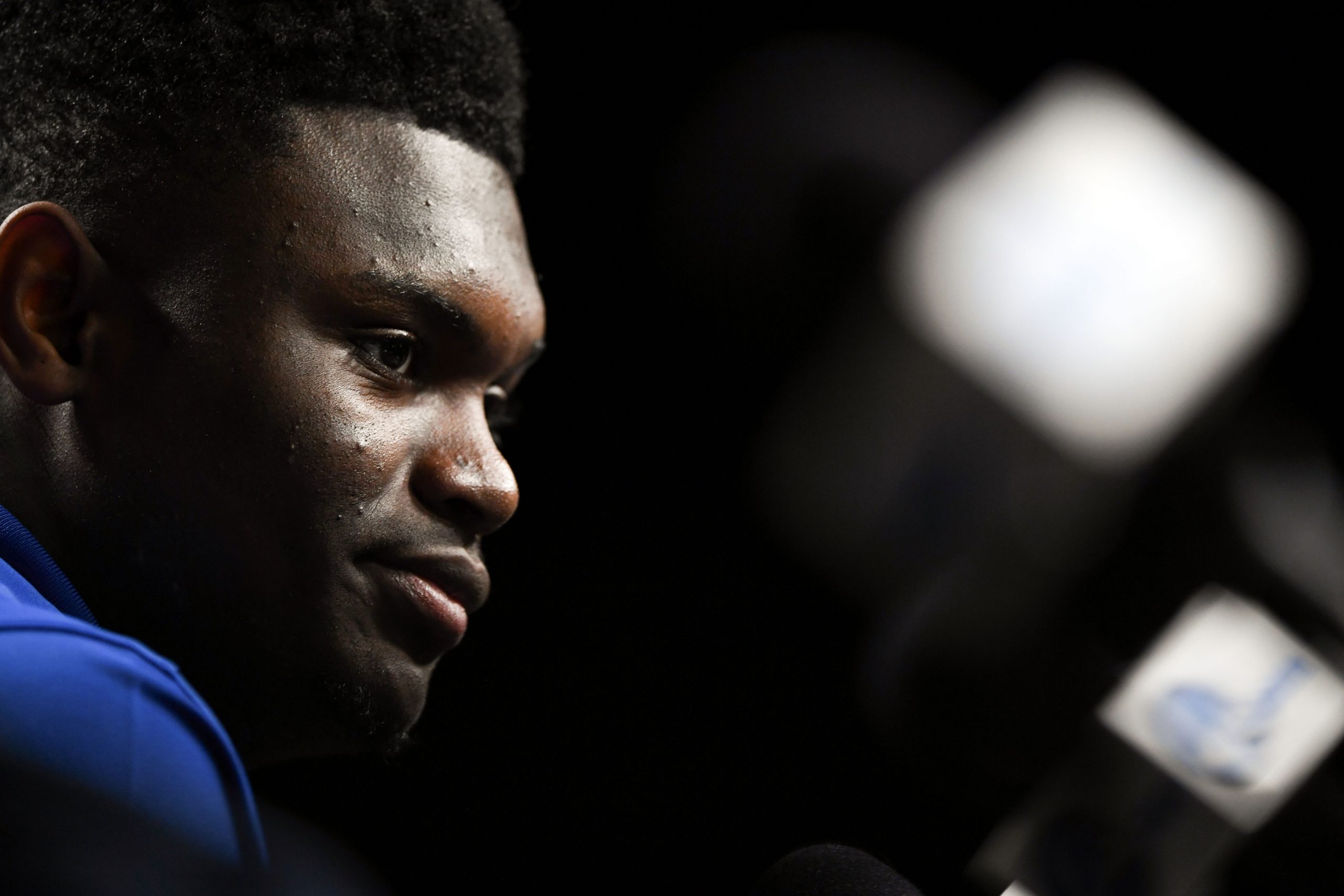 Zion Williamson is the most powerful prospect we have seen in decades and grades out as the most productive college player of the past decade. Usually kids blessed with his blend of power, speed, quickness, and elevation become overly reliant on their physical blessings and fail to develop other facets of their game – not Zion. While the tomahawk power dunks with his 285 lbs frame are worth the price of admission, it’s the rest of his skill package that blew talent evaluators away. Defensively he uses his acceleration to close down on defenders and is a capable ball-handler to corral a defensive rebound and push in transition for easy opportunities for himself and others. His rebounding fundamentals, desire, and 1st + 2nd jump quickness will translate as an immediate elite contributor on both the defensive and offensive glass. The shot-blocking and ball-hawking instincts are preternatural as evidenced by his high block + steal rates. A low center of gravity combined with his strength make him an immovable object giving him versatility to guard centers in the post. His foot speed is good enough to contest perimeter players.

On offense Zion is comfortable operating in transition where defenders will avoid risking their lives trying to prevent a freight train from pulling into the station. He’s extremely aggressive pushing the ball and filling the lanes to seek out easy dunk and layup finishes. In the half-court sets he prefers to duck down in the point and create space with his body. The post moves aren’t as beautiful as they are functional. It’s rare to see an athlete of his size handling the ball as fluidly as he does, with the minor caveat that he can get a little loose with the dribble and commit some turnovers under pressure. Perhaps his biggest strength is the combination of effort and IQ which makes him a willing and capable passer out of double teams. Zion loves passing and getting teammates involved – he makes his teammates better.

The biggest weakness Zion needs to improve is his shot mechanics. He knocked down only 2 of 12 pull-up jumpers in 33 games with Duke and almost exclusively chooses to drive at the heart of the defense with the ball in his hands. The astronomical efficiency he had on drives in college will not be replicable against NBA length and strength. This means he needs to develop into an effective spot up and pull up shooter. The release is inconsistent and even though he was making college 3’s the poor free throw shooting is a sign of erratic release points and follow-thru. The arc is flat and his wrist doesn’t snap towards his target – sometimes he even has some side wrist action similar to Ben Simmons. There should be a fair level of confidence that Zion will develop into a solid spot up shooter with the right technical adjustments. This will be imperative to avoid becoming a one-dimensional penetrator. The desire to improve are unquestionable based on his effort and relentless grit in games. The only thing that could stop him might be the physics of the chronic pounding his joints, ligaments, tendons, and bones will take from his powerful frame impacting the hardwood. For every action there is an equal and opposite reaction and for all the power that the rim will feel from his elevation the hope is his body will withstand the opposite reaction.

This is pretty simple – Zion is a great fit on every team in the NBA and will go #1 to the Pelicans on Thursday night. Ideally the Pelicans will be able to move Ingram & #4 for Bradley Beal. Zion can then start his NBA career with the versatility of Jrue Holiday, Lonzo Ball, and Bradley Beal moving the ball around and creating mismatches on both ends of the floor. Will the Pelicans use Zion primarily at the 4 or experiment with him as a small ball 5? Imagine some of those transition highlights!