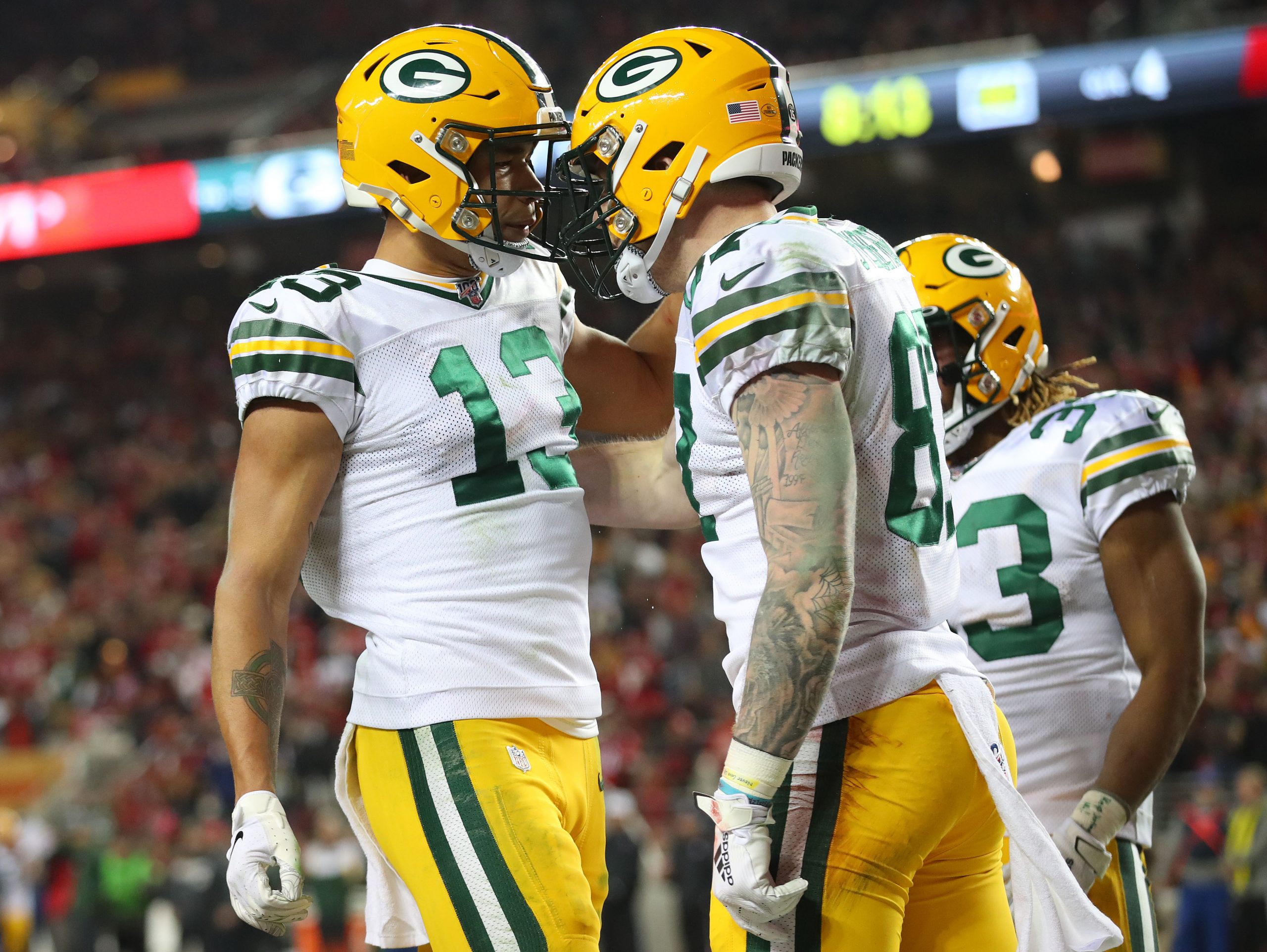 Cutdown day is fast approaching in the NFL and Packers GM Brian Gutekunst has some difficult decisions to make as he reduces his roster from 80 down to 53. This year, like all 32 teams, Green Bay must evaluate its roster after a severely truncated training camp and no preseason games.

The decisions will be tough and the more flexible IR rules and the expanded practice squads will also play a role in some of these final decisions.

With all that aside, here are my fearless predictions for the Packers final 53 man roster:

Will Aaron Rodgers’ strong training camp continue into the regular season? What did he see on that old 2010 game film? These are key questions but let’s face it, Rodgers is the man in Green Bay this year and will be the starter.

Boyle looks to have improved this offseason and the coaching staff seems to be more comfortable with what he can do if he needs to play.

Love is a project who needs more time before he’s ready, something scouts acknowledged even before the Pack drafted him. If Love sees the field for an extended time this season, the Packers are likely in trouble. Hopefully, he’s ready to start after another year or two of seasoning.

The Packers have a deep and diverse group of talent at this position. Jones will still be the main man although his touchdown total may drop a bit if Dillon gets more goal line carries. If he stays healthy, another 1,000-plus yard season is likely for Jones who has all the motivation in the world entering his contract year.

Williams will remain valuable to the team because of his pass blocking and receiving ability and his steadiness as a runner. As the season progresses, he will likely lose more and more carries to Dillon. The key for Dillon will be how quickly can he learn to pass protect and run routes as a receiver. The quicker he does that, the more playing time he’ll see this season.

Look for the Pack to have several packages for Ervin that attempt to get him the ball in space. He may even line up as a receiver on some third-down plays and he’ll run jet sweeps and other gadget plays as well.

Look for the Packers to utilize this group thoroughly as receivers as well as runners.

Adams is the clear cut number one and is by far Rodgers’ favorite and most dangerous target. Lazard continues to make progress and aims to prove his breakout season a year ago was no fluke. MVS had an outstanding training camp and hopes to make a third-year jump that proves he is more than just a one-dimensional deep threat. St. Brown missed all of last year because of an injury and is looking to bounce back and pick up where he left off late in 2018. Kumerow is reliable and a good run blocker but struggles to separate from defenders consistently. His run blocking and knowledge of the system will keep him on the roster. If the Packers keep a sixth receiver, Shepherd is the likely pick. He made the team last year after a strong camp but did not play well early and was demoted to the practice squad. Shepherd had another strong camp this year. Expect Shepherd, Reggie Begelton and Malik Taylor to earn spots on the practice squad.

Tonyan seems to be taking over as the top receiving tight end while the veteran Lewis will be the team’s primary blocking tight end. Sternberger seems to have hit a snag after being on the Covid-19 list early in training camp and will need some more seasoning before he’s declared ready to step into a starting role. Look for Deguara and Sternberger to see some time at H-Back or fullback in some formations.

Injuries have made this position a messy one especially at right tackle. Don’t be surprised if the Packers re-sign Jared Veldheer with both Wagner and Turner injured which leaves a big question mark at right tackle. Nijman and Alex Light will battle for a roster spot. The big question is whether Nijman has made enough progress to earn the job. If not, Light is always a fallback. Patrick gives the Packers excellent depth inside with rookies Runyan and Hanson there for depth. Look for rookie Simon Stepaniak to start the season on the PUP list.

The left side of the line is outstanding with Bakhtiari and Jenkins and Linsley is a steady force at center. Lane Taylor will step in as the right guard after having a strong camp. Right tackle has more questions than answers as of now, so keep an eye on this situation.

The first four are set and locks to make the roster. The final spot is a close call between Montravius Adams and free agent addition Treyvon Hester. Adams has the higher upside but has yet to prove he can contribute consistently. It will be a tough call for Gutekunst, but Adams probably edges out Hester for the last roster spot. Keke’s potential improvement and Clark staying healthy will be vital for this unit.

The Smiths and Gary are the top three and then it comes down to a battle for the final spot. Garvin had a good camp and shows promise for the future. Tim Williams is more available for right now and has the experience the coaching staff is looking for.

The injury to Kamal Martin complicates this position. Kirksey is definitely one starter and the battle will now be between Burks and Summers for the other starting spot. Martin will probably start the season on the IR and hopefully he can come back midseason. Curtis Bolton is on the PUP list and may be a factor if he can ever get healthy.

The first three are locks to make the roster. Alexander and King will start while Sullivan will be the nickel back. Jackson showed flashes in camp but was still too inconsistent. Hollman plays the bump and run style the coaching staff likes and will likely make the roster. DaShaun Amos’ experience in Canada will give him a slight edge over Stanford Samuels and Kabion Ento for the final spot.

Amos and Savage are the starters with Greene set to be the primary hybrid ILB/S that Mike Pettine loves to play. Redmond has experience and Scott has had a good camp and seems to have a nose for the ball.

These three are all set with no real competition. Crosby remains steady and reliable, the Pack would like some more consistency from Scott but the talent is certainly there and Bradley does his best to do his job and remain anonymous which is all you can ask for from a long snapper.