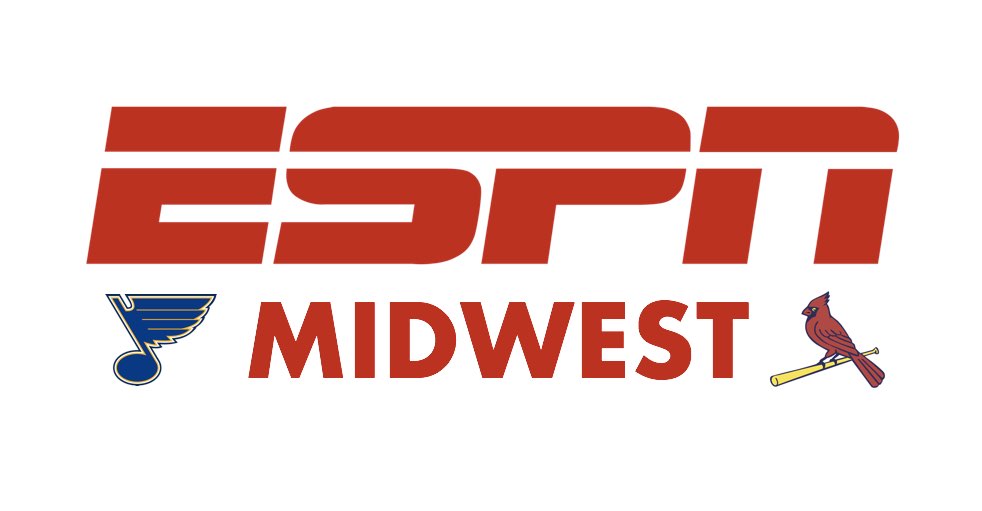 Launched in November of 1989, the cable channel has gone through several similar, but slightly different, official monikers over its lifetime:

After Disney (the parent company of ESPN) made a deal to acquire Fox’s film and (some) TV assets, the cable channel that broadcasts the majority of Cardinals (and Blues) games will undergo its biggest transformation in 2018.

You probably heard a whole bunch of stuff and have questions.

WILL IT STILL BE CALLED FOX SPORTS MIDWEST?

All of the RSNs (Regional Sports Networks) that were owned by 21st Century Fox are now owned by Disney and will be under the ESPN umbrella of properties. The new name hasn’t been revealed (and probably won’t be for at least a little bit), but you can be assured that it will contain 4 letters: E, S, P and N.

The station is not part of Fox anymore, so there’s 0% chance that the name ‘Fox Sports Midwest’ makes it much longer than a couple of more months.

ESPN Midwest is probably the leading contender, if I had to guess.

But the new name is TBD.

The above image took me about 3 minutes to make in whatever the Apple ripoff of MS Paint is, BTW.

WILL DAN AND AL BE FIRED?

Same goes for the Blues announcers John Kelly & Darren Pang. Or any sideline reporter/studio host you may like (or dislike) for the Cardinals or Blues.

All talent that have a current contract will Fox Sports Midwest will have that contract honored. If there are conflicts, then they’ll be negotiated with the new ESPN management.

Eventually, ESPN might prefer different announcers/ commentators/ reporters/ studio hosts for the Cards or Blues, but those changes would be made over time.

WILL THE GAMES LOOK LIKE THEY DO ON ESPN?

And probably not for some time.

Fox Sports has an elaborate system that ensures graphics and sound assets are consistent across all of its networks, be they national or regional; Disney/ESPN would have to build its own centralized system for this. (It already has some experience with this through ESPN3, though ESPN’s branding is far more inconsistent on those broadcasts than would be expected for the RSNs.) Fox Sports has invested a tremendous amount of money in its most recent revision of its most recent graphics branding, with the assumption that it would be utilized across its entire portfolio of networks. Depending on when the Disney-Fox deal is finally completed—and that could be years from now—ESPN may either be scrambling to generate its own centralized graphics resource or extending its current system until whatever its new branding approach is launched. In all this seems likely to amount to a mess.

Creating graphics and broadcast ‘looks’ are harder than you think.

WHAT ARE SOME THINGS THAT WILL BE DIFFERENT THEN?

1. If something exciting/ awesome/ big happens during a Cardinals game, ESPN will most likely give airtime to Cardinals announcers or reporters on the national ESPN shows. I’d imagine that any on-camera talent for Fox Sports Midwest is already jockeying to become the go-to STL contact for shows like SportsCenter w/ Scott Van Pelt.

2. Expect synergy with ESPN 101, the FM sports talk station in St. Louis. It’s easy (and cheap) to have TV simulcasts of radio shows (think Dan Le Batard or Golic & Wingo). With assets like Bernie Miklasz and Kevin Wheeler already filling programming on the radio airwaves during the day, it seems to make sense that one (if not both) would be in line to have their show on ESPN Midwest to fill hours that aren’t live sports.

3. Evergreen ESPN content seems likely to get more run on ESPN Midwest. 30 for 30 documentaries, World Series of Poker events, Playmakers (kidding) – this type of programming that has a longer shelf life will get run and run a bunch.

4. There’s a possibility of a local STL SportsCenter, but it’s not likely given the intense interest in Cardinals baseball and limited interest in the NBA, CFB playoffs and NFL (the three most expensive content contracts ESPN is involved in), it’s more likely that expanded pre-game and post-game shows will be looked at before a local version of SportsCenter.

And, yes, as a former Rams fan myself, I’m well aware there are many, many great football fans in St. Louis. But it pales in comparison to interest in baseball for 6-8 months a year.

WILL STREAMING BE ANY BETTER?

Disney is a majority owner in BAMTech, the digital media arm of MLB Advanced Media. Any Cardinal fan that lives outside the St. Louis area knows the joy of the MLB At Bat app.

It’s easy to use. Reliable. And totally worth the price.

The Fox streaming solution, while improved since its launch, is still not as good for locals as At Bat is for out-of-towners.

Getting everyone on a unified platform is bound to give streaming the love that Cardinals fans in STL have been clamoring for.

WHAT ABOUT THAT BILLION DOLLAR CONTRACT THE CARDINALS GOT?

Ozzie Smith will not be hired as the new GM and immediately start a franchise tear-down to dump payroll.

Not only are they going to be getting much more cash than they were previously (they just wrapped up a 11-year/200M+ deal in 2017), but this new deal contained what is believed to be around a 30% ownership stake in Fox Sports Midwest.

They will get the money (Disney assumes all rights deals) AND the overall worth of the station will (presumably) be more valuable under the Disney portfolio than would be if Fox Sports Midwest were never bought.

As of this post, here are the stock prices of the two companies:

I know it’s not a one to one comparison, but if you’re polling the Cardinals ownership group, a majority of them are wearing mouse ears and planning trips to Orlando this holiday season.

DID DAN CAESAR WRITE ABOUT THIS?