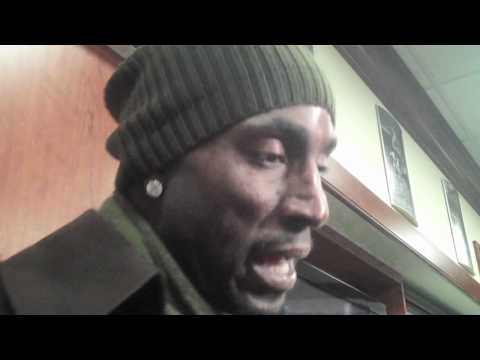 It’s been a busy week for Houston coach Tom Herman. On Monday, he was featured on the ESPN family of networks, Tuesday was AAC Media Day and on Wednesday the team reports for fall camp back in Houston.

There is a lot of information to be gleaned from Herman’s whirlwind speaking tour. Here are some highlights.

I think last year our goal was to compete for and win our conference championship and the goal is the same this year. Regardless of who we play in the opener, regardless of whether we’re favored or not favored, our job is to go out, be 1-0 every single day in everything we do, have the hardest training camp in college football history and understand that, because of that, it’ll make winning on Saturdays that much easier. –Mike & Mike

The fun is in the winning. The fun is not in the preparation. -Mike & Mike

We’ll prepare just like we do any other training camp, where the first two weeks will be about us, and the development of our players, leadership, and identity. And then ten days, 14 days out, we’ll start getting ready for Oklahoma. -Mike & Mike

On opening against Oklahoma:

This is great for our fans. It’s great for the city of Houston to have it in Houston at NRG Stadium, but It’s not going to define or make or break our season. –Ivan Maisel

I didn’t watch a snap of Oklahoma. People ask me about Oklahoma, I don’t know.  Baker Mayfield, I hear he’s pretty good. I know Coach Stoops and his track record, and all of his assistants and how good they are, and how well they’ve recruited… but at the end of the day, we’ve got to worry about developing ourselves and our identity as we move into the season and prepare for, hopefully, a 14-game season. -Mike & Mike

I see such a different vocal leader, and that’s what we wanted. It wasn’t that Greg didn’t lead by example, he’s one of the hardest workers on our team, and it wasn’t like he didn’t lead in performance, obviously he’s a game changer on the field, but what he was lacking was that verbal leadership. -Maisel

I feel really good about Duke Catalon at tailback. He’s really good, or has a chance to be really good. –AAC Roundtable

On the defensive secondary:

There’s no secret, we’ve gotta replace some very very very good players in the secondary… We definitely have the talent to replace those guys and the physical attributes, but we’re going to have to do a really good job throughout training camp of developing leaders because those guys are gone. -AAC Roundtable

I had to balance teaching our kids, our players, that what that team did last year in 2015 has no bearing on what we’re going to do in 2016 other than we can learn a lot of lessons from the individuals and the sacrifices and the hard work and the dedication that a lot of the players on that last team exhibited. -Maisel

Other than seeing the pure joy of the fulfillment of all their hard work of our players on that stage at the Peach Bowl, and, doing confetti snow angels, some of them crying and kissing trophies, and just that pure joy, that’s by far the number one feeling I’ve had in my 18 months as a head coach. -Maisel

On the city of Houston:

Being in a big city, I might have a little bit more privacy than some of the sleepier college towns throughout the country, but I joke that when I first got the job I could’ve been running around in the Galleria Mall with just a Speedo on and nobody would’ve known who I was. –Russillo & Kanell

On contingency plans if the coaching thing doesn’t work out:

For a long time I thought I wanted to be a sports broadcaster. -Maisel

On Houston joining a Power 5 conference:

They don’t ask football coaches or football players about that kind of stuff… Those decisions are made by presidents, boards of regents, politicians. -Mike & Mike

Just resources, money, you know… The play on the field is plenty good enough. The one thing that we’re missing is that TV money. -Russillo & Kanell

We’re proud to be in the American conference. It’s the finest non-Power 5 conference in the country and we’re going to do our best to prepare to win that conference and let the decision-makers make those decisions. -Russillo & Kanell

On the physicality of football:

I’m nervous as to where the game is headed, because, that’s the essence of football is to be able to physically dominate the guy in front of you… move another man where he doesn’t want to go against his will. -Mike & Mike

Player safety is not necessarily taking the physicality out of the game; it’s teaching proper technique and proper fundamentals. -AAC Roundtable

I feel like I went to head coaching school for three years and soaked it all in, took a ton of notes, and had some really good one-on-one conversations with Coach Meyer. Probably the essence of the foundation of the program, the blueprint so to speak, is extremely similar… We try to model ourselves after what I learned there but with a dash of my, and our coaching staff’s personality. -Mike & Mike

Honesty. It’s the only way I know how to do things is to be very honest. -Mike & Mike

I think there’s nothing in life that in any task, whether it’s athletics or anything, that you can do at an elite level without practicing it. -AAC Roundtable

To say that four is the limit… every other division finds a way to make it work. I’m not sure why to this day, Division 1 FBS, we haven’t quite figured that out yet. -AAC Roundtable

Don’t believe everything you read on the internet. I’m sure somewhere on the internet you can find a site somewhere, Golic, where unicorns are real and there’s dragons in South America. -Mike & Mike