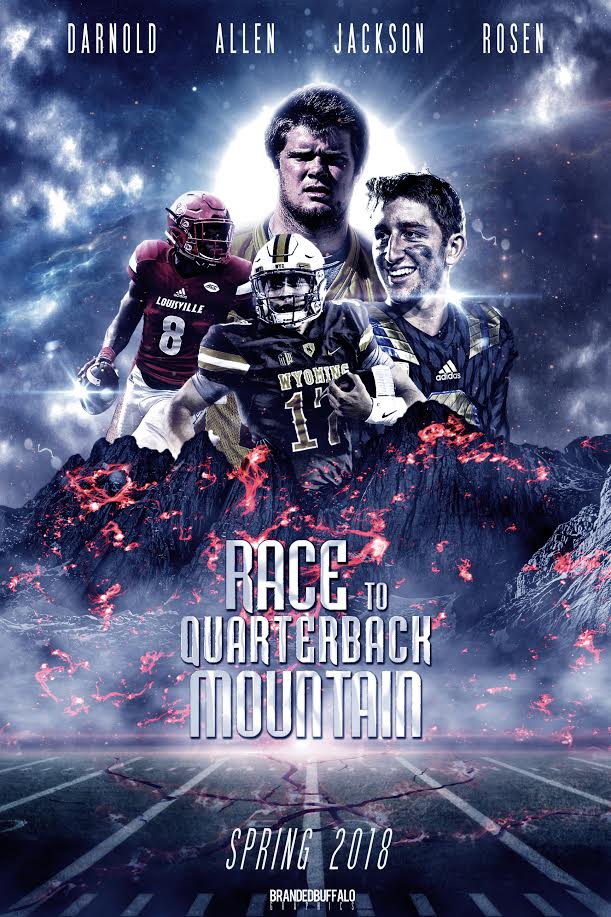 Welcome to Week Ten of the “perhaps not needed for Buffalo Wins” QB Mountain watch list.

As always, if you want a little analytics with your chat, PFF has a great roundtable looking at that side of the ledger for the gents we discuss #onhere.

We all know what went down in New Jersey on Thursday, so let us not speak of it again. However, I will point out I should probably make a sister-list, #RaceToOffensiveAndDefensiveLineArchipelago – but that a huge name. There’s a Miami coach joke in there somewhere, but that game really took my funny bone, so alas.

Cleveland and San Francisco are still 0-fer, however San Fran is now the proud trade recipient of a fresh looking Jimmy Garoppolo, who now becomes the “how much will he get paid more than Tyrod Taylor with 67 pass attempts” person I’ll look at and cringe. Cleveland tried to trade for a QB and depending on the story you believe either messed up the paperwork accidentally or intentionally. Either way, here’s hoping they don’t skip their pick and let another team beat them to their player!

While that removes the 49ers from the quarterback race, it does open them up to potential trades. Similar to Indianapolis – who just put Andrew Luck on I.R. in the craziest situation in the league with a top QB. A more cynical person would say part of those shoulder pains are psychosomatic and tied to having to play under Chuck Pagano, but that’s just sad, right?

The Giants are slowly, unavoidably sliding into the morass of a top 3 pick. Eli, we hardly knew ye.

Games to Watch this Weekend: (All times EST)

I would mention UCLA – Utah, but Josh Rosen is out with a concussion, so you can take tonight off!

Auburn at Texas A&M (Noon, ESPN) – Stidham has been hit or miss this season, and Texas A&M is either a team playing for their head coach’s job or starting the slow death throes of a listless team.

Clemson at NC State (3:30 PM, ABC) – Who knew going into this late of the season, you’d want to watch a Clemson game for the NC State QB? Ryan Finley has played well and despite the shellacking by Notre Dame he’s going to get another opportunity to prove his mettle against a great ACC defense.

Oklahoma at Oklahoma State (4 PM, FS1) – Bedlam never looked so good. Not only do you have a battle to help determine a potential top 4 spot in the playoff, but you have two quarterbacks who are really, really good in a rivalry game. I’m going to love it, but folks like my OSU fan buddy Josh – breathe.

Colorado State at Wyoming (7 PM, CBS Sports Net) – The weekly Josh Allen trying to making fetch happen again tour continues. Colorado State is 6-3 and doing well on the scoreboard – averaging 33 points a game. Wyoming averages 19 points given up per game, so something is going to have to give.

Arizona at USC (10:45 PM, ESPN) – Darnold has rumors weekly, intimating he’s going to stay a year, or going to come out as long as Cleveland doesn’t have the top pick. I just want to see how much he can return to last season’s form against RichRod’s Arizona team. This is going to be a bit of a shootout and with the ascendant Khalil Tate, who can run and throw it every bit as good as any of Rodriguez’ best West Virginia charges.

That’s it for this week. Tweet us and let us know if we’ve missed a QB you’ve had your eyes on!