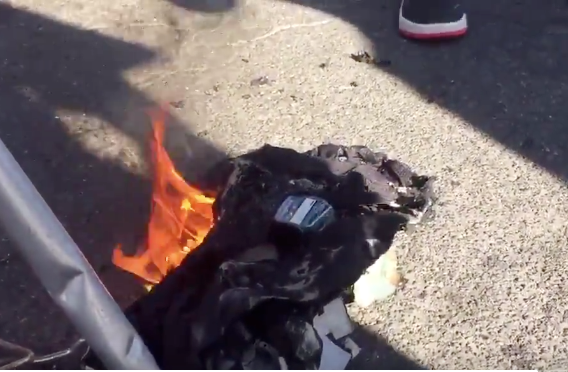 Troubled receiver Antonio Brown successfully forced his way out of Pittsburgh this offseason, mainly by getting into a heated argument with quarterback Ben Roethlisberger, then not showing up for the team’s Week 17 game.

His tenure in Oakland featured more of the same, in an even shorter time period. Brown never even played in a game — preseason or otherwise — for the Raiders, yet used social media to force his release.

He was claimed on waivers by the Patriots just a few hours later, and Raiders fans are not happy about it. A number of them voiced their displeasure by setting fire to a Brown jersey, then spitting on it.

Not only did this AB jersey burn, but Raiders fans took turns spitting on it. pic.twitter.com/pWOGWiowon

Tell us how you really feel.