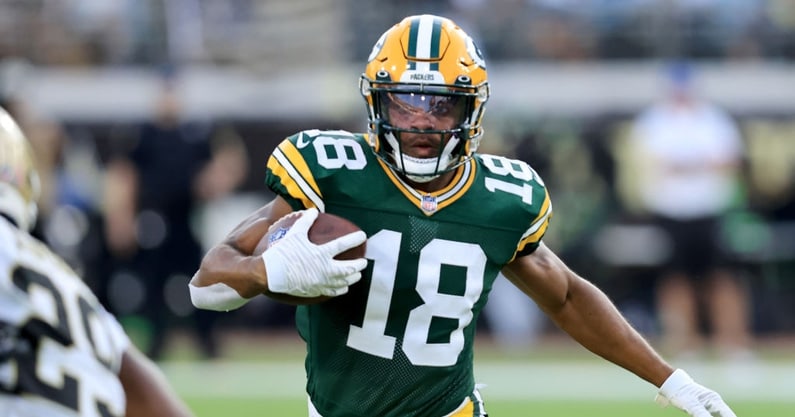 The Green Bay Packers are playing in primetime on Thursday night, and they got some good news. Veteran wideout Randall Cobb has been activated off of injured reserve and will be available against Tennessee.

Cobb had been designated to return from IR on Tuesday, although it was unclear if he would be activated before Thursday afternoon’s deadline.

Cobb has been out since Week Six after suffering an ankle injury against the New York Jets. Before the injury, Cobb tallied 18 catches for 257 yards. He has served as a receiver who can move the chains. as 12 of his catches have gone for first downs. He also has a rapport with Aaron Rodgers, a quarterback he has played alongside for 10 years. Cobb could also see opportunities returning punts, with Amari Rodgers being waived earlier this week.

The passing game has been struggling this year. Cobb, Christian Watson, Allen Lazard, and Sammy Watkins have all missed time throughout the season. Romeo Doubs is out against the Titans after being carted off the field in Week Nine. In addition, Aaron Rodgers has been playing with a thumb injury. As a result, Green Bay is only ranking 16th in the NFL in passing yards per game. The Packers also rank 25th in points per game, with 18.5. Their opponent for Thursday night, Tennessee, ranks 26th in the league.

With Randall Cobb activated, he joins Watson, Lazard, Watkins, and Samori Toure as the receiving corps for Thursday night. The 4-6 Packers kick-off against the 6-3 Titans at Lambeau Field at 8:15 p.m.