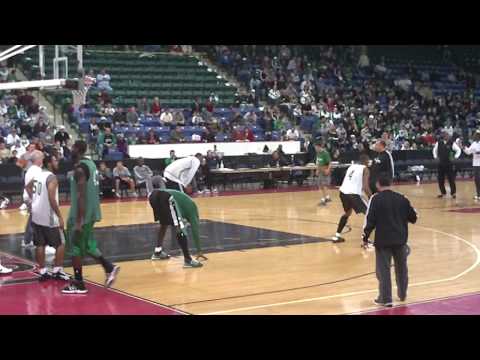 There are 31 unique and talent-diverse conferences in Division 1 college baseball — 32 if you count the one-team Independent “conference.” Across the collegiate athletic landscape, the Power 5 conferences (ACC, Big 12, Big Ten, Pac-12 and SEC) reign supreme when it comes to resources and amenities and therefore typically draw superior talents in greater mass to their respective programs.

While college baseball tends to narrow the gap between Power 5 conference members and mid-major members when it comes to budgeting — likely due to larger rosters and a multitude of developing talent unique to the sport — the general tendency holds true. Meaning smaller budget conferences, like the American Athletic Conference, tend to lag in postseason appearances, postseason success and trophy production.

Now, halfway through the 2016 college baseball season, it is no great surprise to see the Power 5 conferences standing atop not only the team RPI rankings but also the conference-level RPI rankings.

Below, an index is created by averaging four separately published RPI rankings (Warren Nolan RPI, Massey Ratings RPI, and the Bassford Rankings) to gain a cumulative average. The resulting index reveals that nearly all of the Power Five conferences sit unsurprisingly untouched at the top.The SEC, as it does in football, stands atop the conference rankings with the remaining four Power 5 conference teams falling in line closely behind them. It is curious to note that the Big Ten — the weakest among baseball’s Power Five conference teams, on average — is ranked lower than Conference USA by all but one of the four ranking services.

Excluding the Power 5 conferences from our index gives us the below “Top 10 Mid-Major Conferences” ranking.

Even the bottom of the C-USA barrel is a fairly stout roundup of baseball programs. The bottom three from best to worst are Alabama-Birmingham (131), Charlotte (165) and Florida International (170). FIU alone has a higher RPI than the next four leagues’ second-to-worst team.

Currently, the American Athletic Conference comes in fourth amongst mid-major conferences in cumulative RPI. The conference is middle-heavy (four schools ranked between 45-100) with a decent front runner (East Carolina, 29) that has a strong RPI compared to their inter-conference peers. Among the top five mid-major conferences, ECU is ranked third in RPI giving ground only to Rice and UCSB and beating out St. Mary’s (35) and Dallas Baptist (58).

The West Coast Conference ranks second on this list though it has no “lead dog.” St. Mary’s holds the conference’s highest RPI at 35 but the Gaels are closely chased by BYU (38) and Gonzaga (43).

The third best mid-major conference, the Big West, relies heavily on front-runner UC Santa Barbara for its wealth of talent and, as result, transforms the league into one that is decidedly bottom-heavy. There are only three teams ranked higher than 100 in RPI while also employing three teams ranked lower than 150.

The AAC may have a relatively weak lead dog in East Carolina (29) but the league’s blue-collar section is very strong. Cincinnati, the league’s third-worst team, has the top RPI for any similarly ranked program throughout the top five mid-majors. While the AAC’s top three programs may lack the luster of a top 25 RPI, the league’s strength comes from a top-to-bottom valuation.