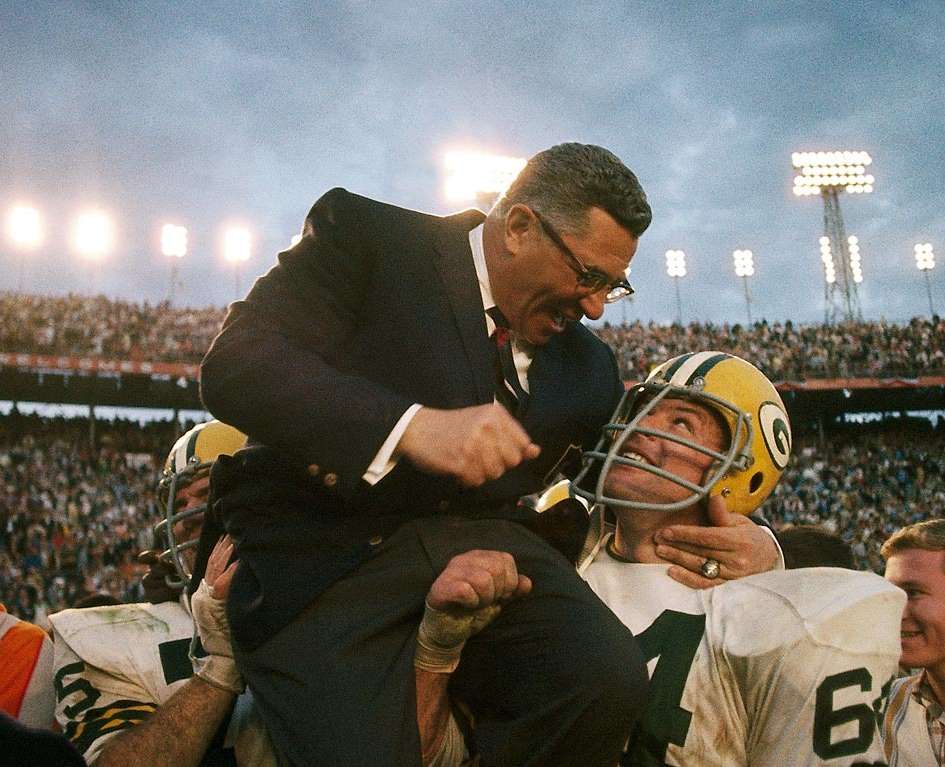 The Green Bay Packers fell one game short of making Super Bowl LIV, but the team has appeared in five Super Bowls since the inaugural game back in 1967, winning four of them. From Vince Lombardi’s wins in the first two Super Sundays to the heroics of Brett Favre, Desmond Howard and Aaron Rodgers, the Packers have been had their share of great Super Bowl memories.

Here is a look back at the top 10 moments in Super Bowl history for the Packers franchise. These are plays or moments that took place during the Super Bowl that are iconic in Packers and NFL history.

The moments are ranked by their historical significance, how important they were to the game and the players and coaches involved. I have included videos of these moments whenever possible.

The Packers once held a 21-3 lead in Super Bowl XLV, but the Steelers had made it a 28-25 game late in the fourth quarter.

The Packers had the ball and were facing a key third down and 10 at their own 25 with six minutes left in regulation. Green Bay had lost DB Charles Woodson to injury and their defense was struggling to stop the Steelers. Green Bay needed to keep the ball away from the Steelers, score some more points and milk the clock as much as possible.

Rodgers threw a perfect 20-yard strike to wide receiver Greg Jennings who caught the ball on the left hashmark at the Green Bay 45. Jennings was tackled at the Pittsburgh 45, but the Packers drive was alive, and the team was able to keep the ball and keep the clock running.

The drive culminated with a 23-yard field goal by Mason Crosby with 2:03 remaining to give the Packers a 31-25 lead and the eventual victory.

The Packers led the Raiders 6-0 early in the second quarter when Bart Starr went to work. Starr faked a handoff and threw to wide receiver Boyd Dowler who beat his man and scampered 62 yards for the game’s first touchdown. Don Chandler’s extra point gave the Packers a 13-0 lead they never relinquished on the way to a 33-14 victory.

On the Packers second offensive play of the game, Brett Favre saw the New England Patriots in a favorable defense and called an audible at the line of scrimmage. He threw the ball long for wide receiver Andre Rison who made the catch down the middle and scored a 54-yard touchdown to give the Packers a 7-0 lead. Rison duck walked into the end zone and the celebration was on in the Superdome.

Favre chased Rison down field with his helmet off, pumped after making the perfect call and getting off to an outstanding start in his first Super Bowl.

The Packers put away Super Bowl II early in the fourth quarter when future Hall of Fame cornerback Herb Adderley stepped in front of Oakland’s Fred Biletnikoff and intercepted a Daryle Lamonica pass. Adderley was off to the races and ran the ball back 60 yards for the Packers final score of the day. The touchdown made the score 33-7 Packers.

This was the first pick-six in Super Bowl history, and it put a bow on Vince Lombardi’s final victory with the Packers.

Reggie White had never won a championship during his football career, not in high school, college, the USFL or with the Eagles. Now, the Packers were less than 15 minutes away from their first title in 29 years and the first of White’s illustrious career.

“The Minister of Defense” raised his game, sacking Patriots quarterback Drew Bledsoe three times in the fourth quarter to hold off any New England comeback tries and protect the Packers 35-21 lead.

The Packers had just taken an early 7-0 lead on the Steelers on a pass from Aaron Rodgers to Jordy Nelson. On the next play from scrimmage for Pittsburgh, Ben Roethlisberger was pressured by Howard Green and underthrew receiver Mike Wallace. Packers safety Nick Collins jumped the route, intercepted the pass and ran his way through the Pittsburgh offense before diving into the end zone for a touchdown.

The play gave the Packers an early 14-0 lead which they never relinquished and gave Green Bay the momentum they needed to win their fourth Super Bowl.

Max McGee wasn’t expecting to play much in Super Bowl I, so much so that he stayed out until 6 AM the morning of the game after going out on an all-night date. But when Boyd Dowler was injured on the Packers first offensive series, McGee came into the game.

The veteran had only caught four passes all season, but he proceeded to dissect the Chiefs secondary for seven catches and 138 yards.

McGee caught the first touchdown in Super Bowl history in the first quarter of the game, a 37-yard pass from Starr that he bobbled and grabbed when it was behind him. McGee caught the pass and scored to give the Packers the early 7-0 lead.

McGee’s outstanding performance in the first Super Bowl helped make him a standout on the banquet circuit and as a Packers radio color man for years after his retirement.

The Packers seemed a bit tentative in the first half of Super Bowl I and led only 14-10 at halftime in a game they were expected to win handily.

With the Chiefs facing a third and five from their own 49, Lombardi called for a rare blitz. The pressure got to Len Dawson who threw up a wobbly pass in the direction of Fred Arbanas which was intercepted by Hall of Fame safety Willie Wood. Wood returned the ball 50 yards to the Chiefs five before being tackled.

On the next play, Elijah Pitts scored from five yards out and the Packers led 21-10. The interception changed the momentum of the game. The Chiefs didn’t score the rest of the way as Green Bay cruised to a convincing 35-10 victory.

The Packers lead in Super Bowl XXXI had just been cut to 27-21 when Curtis Martin scored on an 18-yard run for New England late in the third quarter. The Patriots had the momentum and the Packers lead was now tenuous when Adam Vinatieri kicked off.

Packers kick returner Desmond Howard fielded the ball at his own 1, got some great blocks from the wedge and ran the ball back 99 yards for a touchdown to give the Packers a 35-21 lead.

Howard finished the game with 244 return yards, averaging 15 yards on six punt returns and 38.5-yards per runback on four kick returns. For his efforts, he was named the game’s MVP, the first special teams player to win the award.

1. Super Bowl II: Lombardi Is Carried Off the Field for the Last Time

The Packers won their second straight Super Bowl and their third straight title in Super Bowl II after defeating the Raiders 33-14.

Rumors had been swirling around Miami that Lombardi would be stepping down from his position as head coach of the Packers at the end of the game. At halftime, with the Packers leading 16-7, Jerry Kramer told his teammates they should “play the last 30 minutes for the ‘Old Man’.”

The Packers responded with a strong second half and completed their run to an unprecedented third straight championship.

After the final gun sounded, Kramer and Forrest Gregg lifted Lombardi up on their shoulders and gave him a final ride off the field. The greatest coach in NFL history left the Orange Bowl a champion in his final game as Packers head coach.