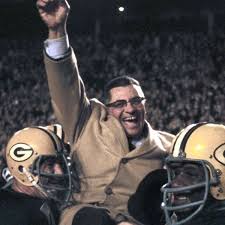 The Green Bay Packers have won more championships than any other franchise in NFL. They have also had some outstanding head coaches over the team’s 100-year history. Two coaches are in the Pro Football Hall of Fame for their time as head coach of the Green and Gold while several others have led been consistent winners during their time in Titletown. Here is a look at the top five coaches in Green Bay Packers history.

Sherman took over as head coach of the Packers in 2000 after the firing of Ray Rhodes. He lasted six seasons in Green Bay compiling a 57-39-0 record and reaching the playoffs four times. Sherman had only one losing season in Green Bay, his final campaign in 2005 when the team finished 4-12.

Sherman was 2-4 in the playoffs. His biggest win came in 2003 when the Packers beat the Seattle Seahawks on Al Harris’ pick-six in overtime after Seahawks quarterback Matt Hasselbeck said his team wanted the ball and was going to score during the coin flip.

His most devastating playoff defeat came a week later in Philadelphia where the Green Bay defense allowed the Eagles to convert a 4th and 26 late in the fourth quarter while the Pack was clinging to a 17-14 lead. The Eagles ended up winning the game in overtime 20-17.

Under Sherman, the Packers set a franchise record for rushing yards in 2003 with Ahman Green leading the way with 1,883 yards.

While Sherman had regular season success, his failure to reach an NFC Championship Game, let alone a Super Bowl, keeps him fifth on this list.

Mike McCarthy has the second most career wins in Packers history with 125. He led the Packers to eight consecutive playoff berths between 2009-2016 and a win in Super Bowl XLV after the 2010 season. His teams also reached four NFC title games.

McCarthy revived Brett Favre’s sagging career in 2007 and led the Packers to a 13-3 record and trip to the NFC Championship Game where they lost to the Giants.

He was also able to successfully lead the transition from Favre to Aaron Rodgers in 2008 after Favre retired and unretired and was then traded to the Jets.

In 2010, McCarthy’s team was the sixth seed in the NFC playoffs but ran off three straight road wins before defeating the Steelers in the Super Bowl.

The following year, McCarthy coached the Pack to the franchise’s best regular season record, a 15-1 mark surpassing the 1962 team that finished 13-1 under Vince Lombardi. The Packers lost at home to the Giants in the divisional playoff round, however, putting a disappointing ending to a glorious regular season.

Former Packers defensive back Nick Collins had high praise for McCarthy shortly after he was let go by the Packers in 2018. “I think he’s a great person,” Collins said. “I think he’s a player’s coach. He has the players’ best interests at heart, and I think he did a good job of being a true professional throughout the whole tenure of his coaching career in Green Bay…I think he’ll go down as one of the greatest coaches in Packers history just because of what he accomplished over a 13-year period. Only missed the playoffs three times. Going to the Super Bowl. Going to the NFC championship.”

When Mike Holmgren took over as head coach of the Packers during the 1992 season, the franchise had made only two playoff appearances in the previous 24 seasons and one of those came during a strike-shortened year. But the former 49ers assistant helped change the culture in Green Bay and the Pack never had a losing campaign during his seven-year tenure in Green Bay while making the playoffs six straight times.

Holmgren coached the Packers to a victory over Bill Parcells and the Patriots in Super Bowl XXXI. The Packers returned to the Super Bowl the following season but lost a heartbreaker to the Broncos in one of the most exciting Super Bowls ever.

Holmgren introduced the West Coast offense to Green Bay and in one form or another, it has remained the foundation of the Packers offense for more than two decades.

Perhaps Holmgren’s biggest challenge was to help develop Favre into a championship quarterback. Favre came to Green Bay more than a little rough around the edges, but Holmgren was able to help “the gunslinger” focus enough to become a three-time NFL MVP and a Super Bowl champion.

Favre had high praise for Holmgren after his retirement. “Mike, I think the world of him as a man and as a coach,” Favre said. “One of the things he was so great at doing – he was great at chewing my butt too, by the way – but he was so great at making us believe we could win against anyone.”

Mike McCarthy totaled more wins, but Mike Holmgren changed the culture of the franchise, never had a losing season and set in place a culture change that elevated the franchise to more than two decades of success.

No Packers head coach has more wins than Earl “Curly” Lambeau who won a remarkable 209 games with the Packers in his 29 seasons as the team’s leader. Lambeau did it all for the Packers. He was a founder of the team, spent several seasons on the field as a player and was the first head coach in the history of the club.

Lambeau was an innovator who favored the forward pass back in the days when most NFL teams ran the ball almost exclusively. He led the Pack to six NFL titles, one more than Lombardi and won three straight titles from 1929-31, a feat that was not duplicated until Lombardi’s teams did it from 1965-67.

Curly’s best team was the 1929 squad that finished the season with a remarkable 12-0-1 mark. The Pack won its first 10 games that season before battling the Frankfurt Yellowjackets to a 0-0 tie on November 28. Green Bay won its final two regular season contests to finish with the best record in the NFL in the days before the league had playoffs.

Lambeau was also the coach during Don Hutson’s Hall of Fame career in Green Bay. It was Lambeau who helped design the offense that took the passing game to another level in the 1930s and 40s.

The Packers stadium was renamed Lambeau Field after his passing in 1965 and a statue of Lambeau sits outside of the Packers home, not far from the statue of Lombardi.

“He’s the guy who founded the Packers in company with George Calhoun and then kept them together for a long, long time,” said former Packers historian Lee Remmel. “A lot of people around the country have the perception that the Packers originated with Vince Lombardi. That’s obviously totally erroneous, but I feel Curly gets cheated nationally because of it. I’ve said many times that if it hadn’t been for Curly Lambeau there would have been no Vince Lombardi. There would have been no Green Bay Packers.”

No coach in the history of professional football has the aura or the reputation of Vincent Thomas Lombardi. The Packers hadn’t enjoyed a winning season in 12 years when Lombardi took over the team in 1959. The previous season, the Pack finished 1-10-1 on the season despite having seven future Hall of Fame players on their roster.

Lombardi molded his players into winners, motivating them to maximize their talents and push them beyond what they thought they were capable of accomplishing. He knew which players needed to be encouraged and which ones needed to be pushed.

One of his many famous sayings was “You don’t do things right once in a while, you do them right all the time.” It was something his players took to heart not just on the football field but throughout their lives.

In his first season at the helm, he improved the team to 7-5. They reached the NFL Championship Game the following year, falling in a close contest with the Eagles. Lombardi’s teams never lost another playoff game after that, going 9-0 and winning five NFL titles in seven years including the first two Super Bowls.

Lombardi’s Packers won three straight titles from 1965-67, a feat no other NFL team has accomplished since the league introduced playoffs in 1933. The third championship was won at the Ice Bowl when the Packers came from behind to beat the Dallas Cowboys on a frozen field in weather that was at least 15 degrees below zero. Bart Starr’s quarterback sneak from the one-yard line won the game for the Packers in the closing seconds.

Lombardi was a teacher who ran a very basic playbook but made sure his teams knew exactly what was expected of them and that they were prepared, disciplined and efficient.

Lombardi stepped down as head coach of the Packers after winning Super Bowl II and left one year later to become the coach of the Washington Redskins. He led them to their first winning season in 14 years before passing away of cancer in 1970 at the age of 57.

“I don’t know how to explain it,” said Cliff Christl, the Packers team historian. “What other sports figure has had that kind of legacy where so long after he has passed people still talk about him constantly? The only one I can think of is Babe Ruth. And I’m not ever sure of that. He’s been gone a lot longer than Lombardi, and maybe that explains why, but he certainly doesn’t command the attention today that Lombardi does. I don’t think anybody does.”

The Super Bowl trophy was renamed in Lombardi’s honor after his death. This is the NFL’s symbol of excellence and the perfect tribute to the greatest coach in the history of the Green Bay Packers and the National Football League.

But Lombardi impacted his players beyond football. “The coach taught us to leave a positive impact on society,” Hall of Fame guard Jerry Kramer said. “The world would be a much better place if we did that. That’s what I have tried to do all these years.”