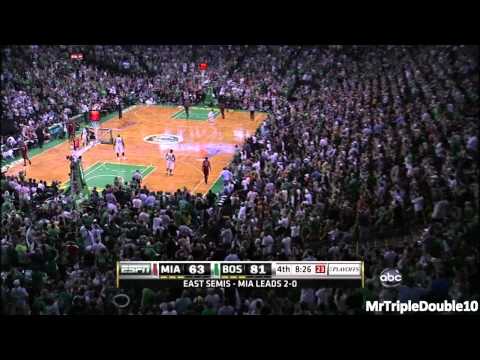 Let’s go ahead and admit that championships are the defining characteristic in a successful season.  Since SMU has only three national championships (1935, 1981, 1982) on their resume, it makes creating a top five season’s list that much easier. However, SMU isn’t your average school when it comes to program history.

Between the years of 1981 and 1989 (also the 1998 season), SMU’s football program was roiled in a very public, very epic and undeniably historic scandal. Consider again that–to this day–two of their three claimed national titles (1981 and 1982) are highly suspect–not simply because of the argument surrounding their players’ amateur eligibility–but because the titles were bestowed upon them retroactively by the venerable (and now defunct) National Championship Foundation (1981) and Helms Athletic Foundation (1982).

In order to avoid these issues and arguments, let’s take a look at SMU’s program history outside of the years previously mentioned (1981-1989 and 1998), and rank the remaining years’ top five seasons.

In 1947, Head Coach Madison Bell led the Mustangs to a near perfect 9-0-2 record and a Southwest Conference championship . That year’s team was tripped up in their last two contests, both ties, against SWC-rival TCU (4-5-2), 19-19, and then again in the Cotton Bowl against #4 Penn State, 13-13. The ’47 team finished the year ranked third in the country in the Associated Press poll, behind Notre Dame and Michigan who both finished the season with 9-0 records.

Sequels are never quite as good. The next year SMU finished 9-1-1 and again took home the SWC title. The team was led by running back legend Doak Walker, who, in his second year as a Mustang, gained 882 yards from scrimmage. After an early season loss to Missouri, 20-14, SMU clawed back into the national title picture with six straight wins but “fell” in their regular season finale to TCU (4-5-1), tying the Horned Frogs, 7-7, and likely stealing national title hopes away in the process. Even still, by virtue of their SWC title, the Mustangs were invited to the Cotton Bowl where the team rebounded and defeated the 10th ranked Oregon Ducks, 21-13. The final AP poll would rank at SMU #10.

In Madison Bell’s first season he led the Mustangs to a 12-1 record and possibly the team’s least disputed–though still heavily disputed–national title. SMU completed the regular season schedule undefeated as the team swept their SWC schedule en route to another conference title. The Mustangs defense gave up less than seven points in 11 of their 12 regular season games–who scored seven-plus? Those pesky TCU Horned Frogs, of course.

The ’35 team came up short, however, in the Rose Bowl against Stanford, falling to the Cardinal, 7-0. Even in defeat, the Dickinson System rated the team as a national champion, though more recent, retroactive accountings have given credence to Minnesota for the ’35 Championship. The Golden Gophers finished that season 8-0 led by DAC Trophy (Heisman) recipient, Jay Berwanger.

Two years later, legendary coach Hayden Fry again led the Mustangs to an 8-3 record, however, the team was unable to capture the SWC crown. The ’68 team received 1,034 rushing yards and eight touchdowns from running back Mike Richardson. Although, the team’s early season loss to #11 Ohio State, 35-14, sent the team reeling. The team then lost two crucial November match-ups with conference foes Texas, 38-7, and Arkansas, 35-29–the Razorbacks would go on to win the SWC title.
SMU was invited to the Bluebonnet Bowl and won a nail biter against #10 Oklahoma to close out a successful season. The AP ranked them #14 in the final poll.

In all three seasons, the Mustangs finished their year without a tally in the loss column. These teams were not included in the top five because their cumulative strength of schedule was so low. SMU was not even considered for national titles because the easy schedule. Furthermore, sports-reference.com details their low strength of schedule as it relates to an overall team rating here–the ’26 season is rated highest amongst the three undefeated seasons, coming in at only 10th best out of 98.