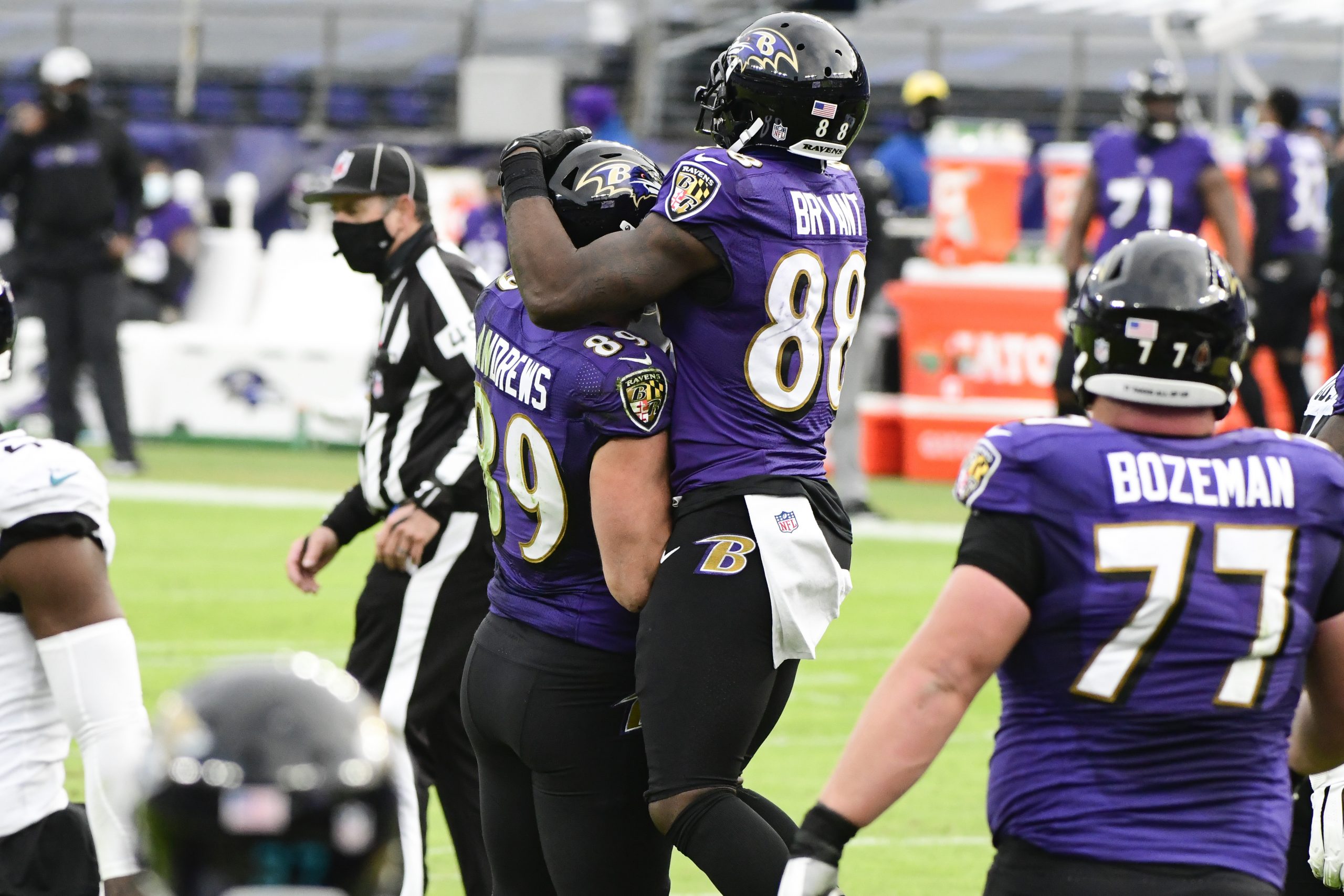 It’s that time of year when you start clearing out some of the loose ends.  Not as exciting as the upcoming Draft, but certainly meaningful in the scrubbing of the roster…

Here’s the latest official update on the roster moves:

Baltimore drafted Boykin in the third round in 2019 after the Notre Dame product was one of the Combine’s top performers, showing loads of potential in his speedy 6-foot-4, 220-pound frame. However, Boykin struggled to find a major receiving role in the Ravens offense. He totaled 33 receptions for 470 yards and seven touchdowns during his three-year tenure.

Releasing Boykin saves the Ravens about $2.5 million in salary cap space. The Ravens reportedly attempted to trade him prior to the release.

Boykin was a strong perimeter blocker and special teams contributor his first two seasons, while also hauling in seven scores. Last season, however, a hamstring injury started him on injured reserve and Boykin suited up for just eight games, primarily on special teams. He had one catch for six yards.

With Sammy Watkins’ departure for Green Bay, the Ravens are now without two wide receivers from last year’s squad. Behind starters Marquise “Hollywood” Brown and Rashod Bateman, the Ravens will lean on Devin Duvernay, James Proche II and others.

There hasn’t been much offseason chatter about wide receivers this year in Baltimore, but they could still take one in the upcoming draft or sign a veteran afterwards.

Huntley made four starts last season in relief of Lamar Jackson and showed he’s capable of winning if called upon. Huntley completed 65% of his passes for 1,081 yards and three touchdowns with four interceptions. He also ran for 294 yards and two scores.

Colon will compete with Patrick Mekari to be the starting center that replaces Bradley Bozeman. Welch could have a bigger defensive role this season after Chris Board departed in free agency. Moore had a strong first season as the Ravens’ full-time snapper.