The Baltimore Ravens are currently (1-1) this season following a disappointing defeat to the Miami Dolphins at the weekend, with this in mind the Baltimore side have signed two-time Super Bowl winner Jason Pierre-Paul in a deal expected to be worth $5.5M.

Former New York Giants and Tampa Bay Buccaneers player Jason Pierre-Paul is the player who has been chosen to come to Baltimore to turn things around for the Ravens at the start of the season. The deal for the player is believed to be worth around $5.5M and is for a one year contract according to NFL Network Insider Ian Rapoport.

The defensive end visited Baltimore in June to play with the Ravens, and again at the start of the week, but this time he is here to stay in Baltimore with a new NFL contract. 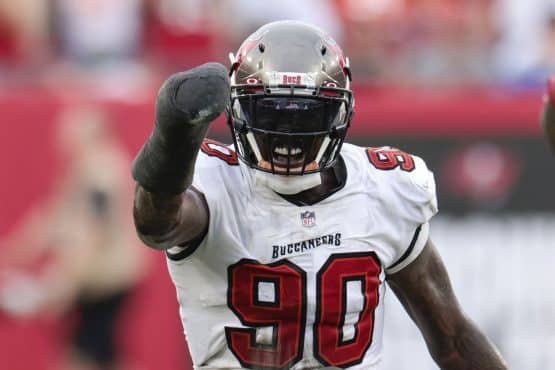 The 33-year-old will be a much welcomed sight in Baltimore, with the Ravens only completing one sac in their second game against the Dolphins on Sunday.

Pierre-Paul is a two time Super Bowl winner, having won both in 2012 with the Giants and in 2021 with the Buccaneers, which adds some seriously needed experience to the locker room this season.

The question on everyone in Baltimore’s lips will be does Pierre-Paul still have it, and with just 2.5 sacks and 31 tackles in 12 starts last year, the DE will have to prove himself in a long, difficult season.