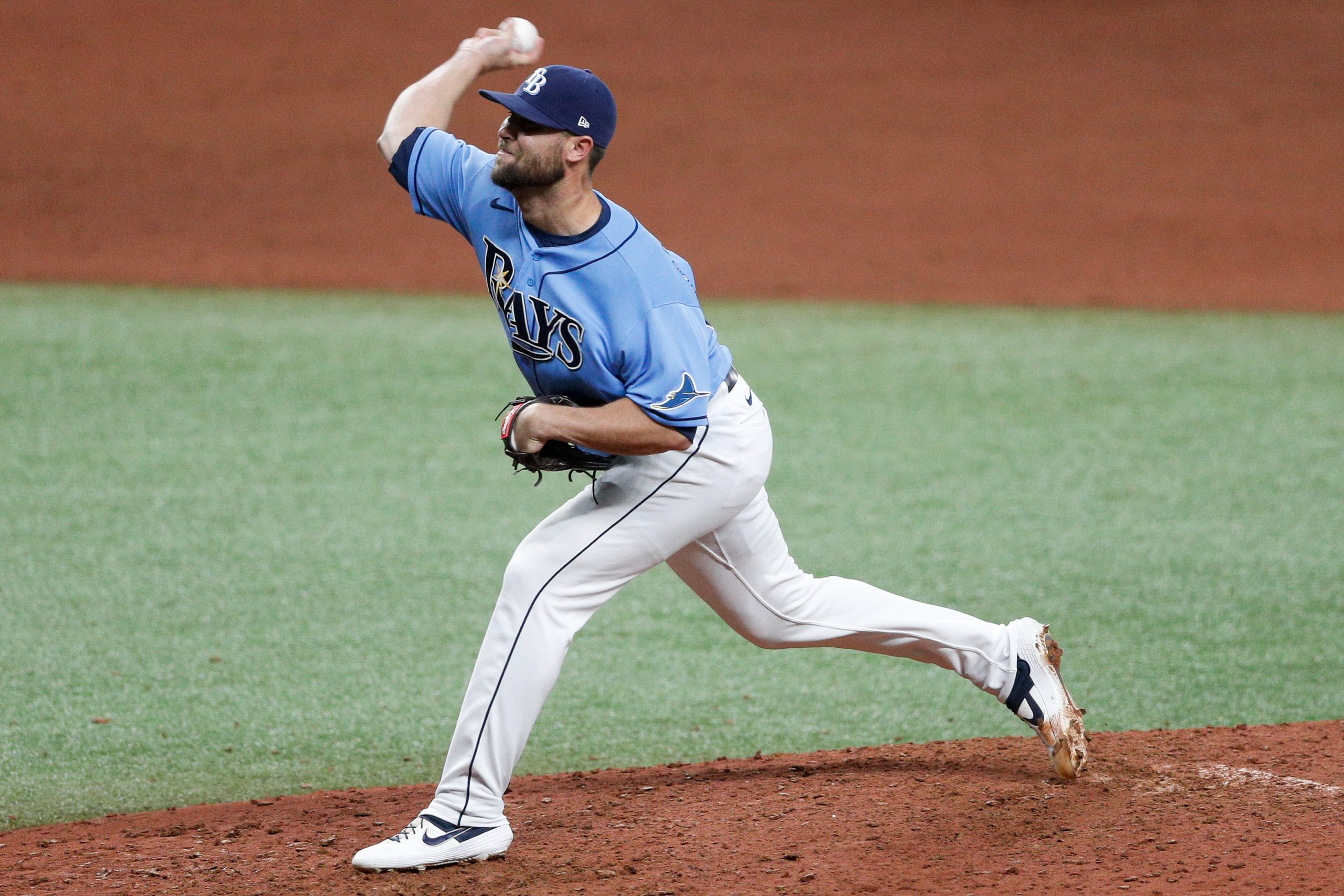 On the same day the Los Angeles Angels saw former first baseman Albert Pujols switch Los Angeles teams and sign with the Los Angeles Dodgers, they acquired a reliever from the Tampa Bay Rays. According to Rhett Bollinger of mlb.com on Saturday, the Angels acquired Hunter Strickland of Thomaston, GA from the Rays for a player to be named or cash considerations.

The Angels become Strickland’s sixth Major League Baseball team. In addition to the Rays, he has pitched for the San Francisco Giants, Seattle Mariners, Washington Nationals, and New York Mets.

In 13 games and 16 innings in 2021 so far, Strickland did not have a decision. He had an excellent earned run average of 1.69 and a WHIP (walks and hits per innings pitched) of 1.25. Strickland also gave up 14 hits, six walks, three earned runs, one home run, and one wild pitch, along with 16 strikeouts.

Strickland spent his first five Major League seasons with the Giants from 2014 to 2018. In his final season with the Giants, he had a career-high 14 saves, which tied for the team lead in saves that season. Strickland was tied with Will Smith of Newnan, GA. In 2019 Strickland shared his time with the Mariners and Nationals, before struggling in 2020 with the Mets, where he had an earned run average of 8.10.

On Sunday, Strickland made his debut on the mound with the Angels. He pitched two-thirds of an inning in a 6-5 Angels win over the Boston Red Sox at Fenway Park. Strickland threw 14 pitches in the seventh inning, did not give up a run, had two strikeouts, and one hit allowed.

Strickland now joins a bullpen that includes Mike Mayers of Grove City, OH, Tony Watson of Sioux City, IA, Steve Cishek of Falmouth, MA, Alex Claudio of San Juan, Puerto Rico, and closer Raisel Iglesias of Isla de la Juventud, Cuba. The Angels are currently at 17 wins and 22 losses, in fourth place in the American League West, and six and a half games back of the division-leading Oakland Athletics.