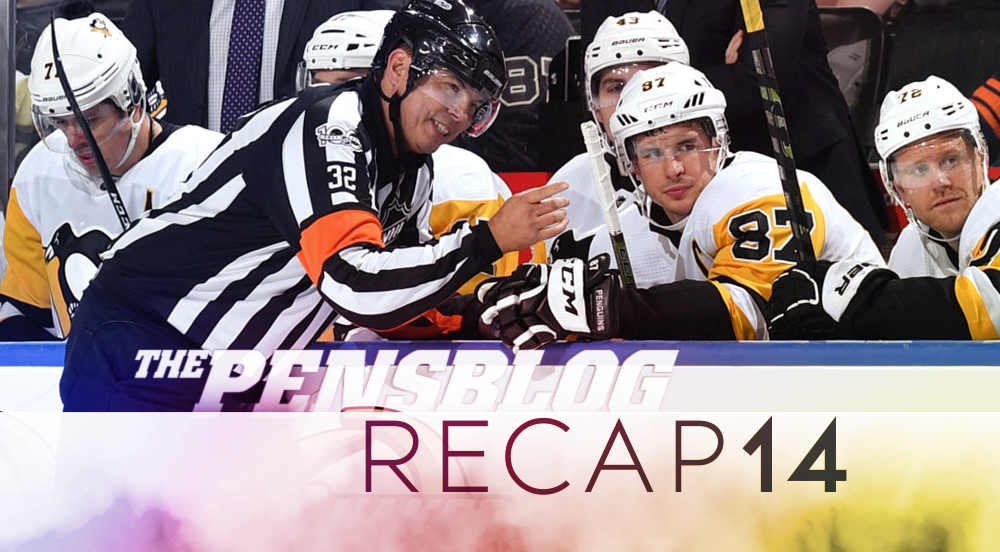 That was what the color commentator for the Pittsburgh Penguins said after a victory against the Edmonton Oilers, with a 3-2 score to show for it. Why did he say it? Well, excuse my language, but holy fucking shit, Matt Murray.

The 2nd rendition of the 2017-18 matchup between the Oilers and Pens is worthy of no other moniker than “The Matt Murray Show.” This isn’t to discredit Edmonton’s Cam Talbot, as he was nothing short of spectacular in net as well, with an admirable .818 high danger save percentage, as well as a .952 adjusted save percentage in five-on-five situations, per Corsica (all of the stats referenced are from Corsica.hockey, give them a look.)

Anyway, Matt Murray. What a game. From his break-away save on Zack Kassian, to his late game antics (and by antics I mean becoming god in goalie form) which kept the Edmonton Oilers from tying the game at 3. The objective evidence comes from Murray’s .857 high danger save percentage, as well as an adjusted save percentage of .955 in five-on-five situations. That is unreal and calling something Matt Murray does “unreal,” when the team in front of him doesn’t play unmotivated garbage, seems to be the norm for him.

Otherwise, it was an…above average game? The Penguins experienced several lulls of shot generation during even strength situations near the end of the first, the beginning of the second and the majority of the third. However, their overall performance during the game at even strength ended up clocking in at a just barely acceptable 51.76 corsi-for percentage. The power play continued to be red hot, with Patric Hornqvist and Evgeni Malkin both scoring during the five-on-four rendition of it. The one minute and 42 seconds of five-on-three time the Penguins got wasn’t bad, but Cam Talbot was just better. Boy oh boy, was he better.

I digress, however, and would like to talk about something I really, really like in regards to the development of the five-on-four power play, or perhaps the power play structure in general.

While he had a below average game and was eviscerated by Connor McDavid on one of Edmonton’s goals, it centers around something defenseman Kris Letang has been doing lately that is working wonders for all involved.

That thing is as simple as shooting the puck.

The impact of Letang shooting the puck is more than just getting a shot on Talbot, as it inspires a few things. Firstly, it forces the players on the penalty kill to respect Letang as a shooting option. If he doesn’t rip it now and then, the penalty killers will almost always anticipate a pass, and that doesn’t bode well for Letang’s potential passing options. Another pro to Letang shooting the puck now and then is that it has the potential to create havoc in front of the goaltender if, in this case, Talbot, doesn’t eat it up. As we’ve seen in the past, you can bet that one of Sidney Crosby or Evgeni Malkin will corral the puck in a mess of players and deposit it into the net, should that situation occur. And perhaps the most relevant pro to tonight’s game is that it creates the opportunity for a deflection, and Patric Hornqvist is the crease-lord of hockey, as far as I’m concerned. This was evident in Hornqvist’s goal on the power play, which wouldn’t have happened (as far as we know) if Letang didn’t rip it when he did. To summarize: Letang shooting the puck on the power play is a good thing. Keep doing it, Kris. Thank you.

The #Pens have scored a power-play goal in 11 of 14 games this season. Not bad. Not bad at all. Nice one, Hornqvist! pic.twitter.com/S4MKTT3a7u

I won’t go so far as to say the Penguins stole this one, as it was markedly better than the past week of hockey they’ve played in arguably every aspect of hockey…but they can do better. And one hopes they do better.

Also, I’d like to point out that Sidney Crosby is very good:

Anyway, who’s ready for the back-end of a back-to-back tomorrow against Calgary?!