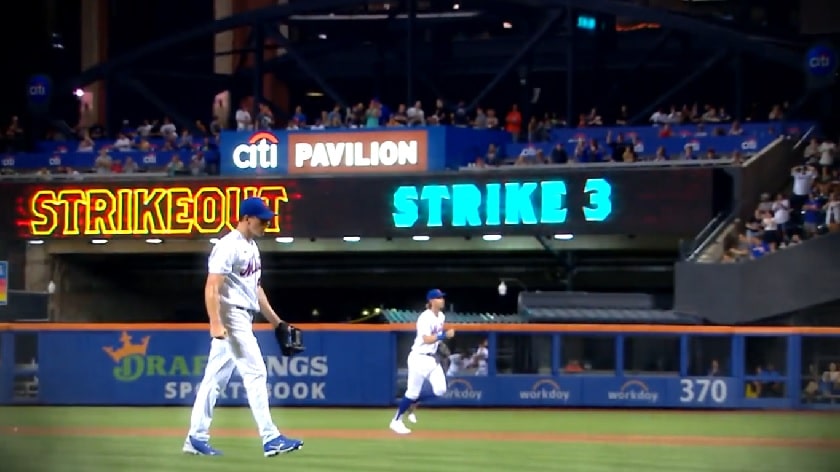 I’m sure there’s an alternate universe where, on August 8th, 2022 the year of our Lord, Justin Dunn pitched at Citi Field and Albert Almora Jr. went over the wall to rob a guy of a home run to lead the Mets to a 5-1 victory. But, y’know, things happen.

When you’re talking about baseball, I like the universe we’re in. Dunn and Almora are on the other team, but on the Mets’ side is Chris Bassitt, who was brilliant in his ability to muddle through eight Reds hits (and one Reds walk, one Mets error, and one replay review that tagged James McCann with a catchers interference call) to go eight innings and get the Mets’ bullpen a breather after five games in four days that put the Mets’ pen through the ringer. He struck out eight and got the Mets through every tough inning the Reds gave them without giving up the soul crushing hit. Bassitt threw 114 pitches against the Reds and, to steal from a past Bassitt quote, grinded them until they broke in what turned out to be a 5-1 victory in the universe we reside in.

First inning runs have become the Mets’ version of wedding reception hors devours. Usually guaranteed, always tasty. Starling Marte’s first inning two run homer was all the Mets needed offensively for the night, but for fun they threw it an RBI single by newest folk hero Daniel Vogelbach (who has really become our Chen Zhen at this point), and a two run triple by Tyler Naquin in the 8th to make it comfy for Adam Ottavino to close the door and make it comfy enough for us not to rue the two run homer by Francisco Lindor that Almora callously stole in the 5th.

The one thing about the path that the Mets have taken this year is that it took months for them to suffer their first three game losing streak, but also never had that long streak where they just ran roughshod over the league and went into overdrive. They had a 9-2 stretch between May 27th and June 6th against primarily the Phillies, Nationals, and Dodgers (and one kicker at the end against San Diego. The stretch they’re on now? 13-2 against San Diego (one game), the Yankees, the Marlins, the Nationals, the Braves, and now one against the Reds. Easily their best and most important stretch of the season against some damn good teams. And after suffering a recent stretch where they had trouble scoring runs before the acquisitions of guys like Chen Zhen and Naquin, this is their 7th straight game where they’ve scored five runs or more, and tonight the Mets scored five without the help of guys like Lindor (thanks, Albert), Pete Alonso, and Brandon Nimmo.

The Mets are now seven games up on the Braves, who were off today, and no doubt working on their soft contact while looking for leprechauns to step on.

Hows about we just go with Spencer Strider again because he deserves it.