Remember when I said DeMarcus Cousins’ attitude problems are overblown? 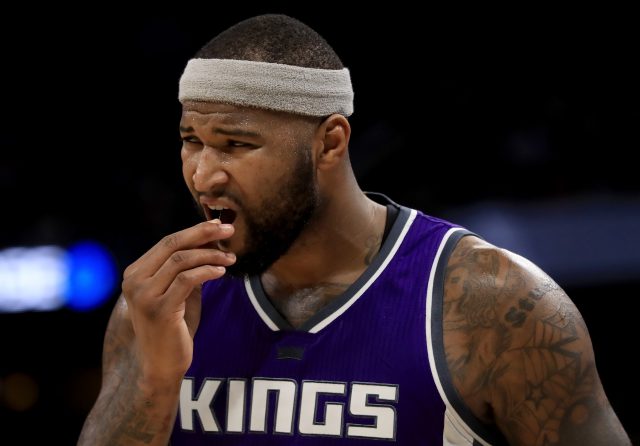 Shortly after Chris Mannix introduced some juicy trade speculation for DeMarcus Cousins on Friday night, I proclaimed that Cousins’ attitude/behavioral problems are overblown. Sure, he’s grouchy but it’s not like he’s been arrested for DUI, choked a coach or directed passive/aggressive criticism at teammates on social media.

24 hours later, Cousins and Matt Barnes (could there be a worse mentor for DMC?) got mixed up in a fight at a NYC club. Barnes allegedly choked a woman and Cousins punched a guy who went after Barnes:

An underreported aspect of the TMZ video on Barnes + Cousins: pic.twitter.com/eOa8re7Kez

Excuse me while I slip out the back door.

In other disciplinary news, Rajon Rondo has been suspended one game for shouting at an assistant coach.