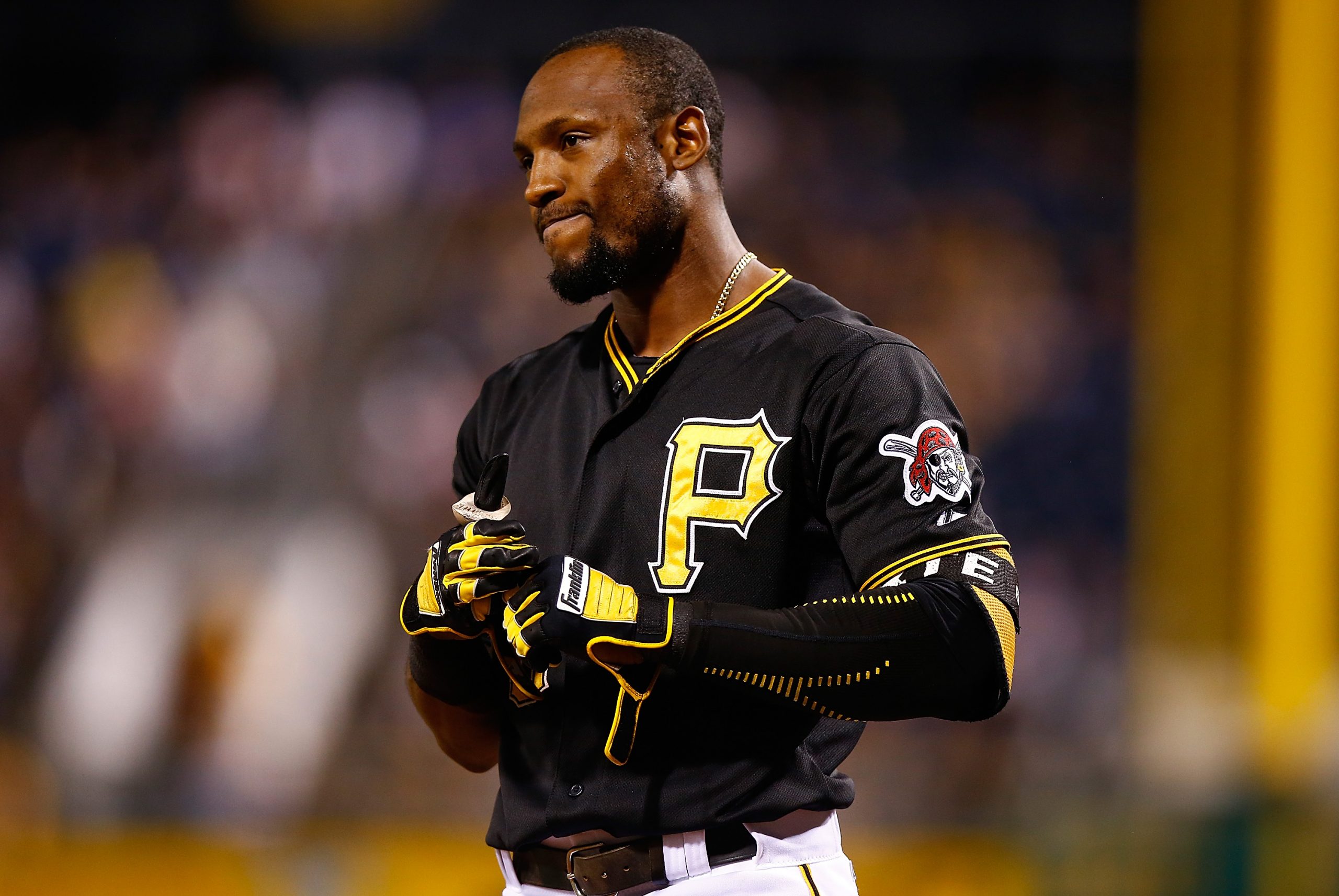 Just a few days after the outlook of the 2019 payrolls in the NL Central were posted online that showed the Pittsburgh Pirates having just $68 million committed for 2019, it appears that the Pirates are actively looking to sell off one of the highest paid players – and one of the best – on the roster as Spring Training nears.

According to NBC Los Angeles writer and reporter Michael J. Duarte, the Pirates and Dodgers are having ‘active and ongoing discussions’ regarding a trade with Starling Marte as the centerpiece of the deal.

Sources: #Dodgers having ‘active and ongoing discussions’ with #Pirates for Starling Marte. They’ve discussed a deal in previous weeks as well. Not known what other players are involved, or if teams are close to a deal. Marte is under contract with Pittsburgh through 2021.

It’s important to note that Duarte is the same reporter who said the Dodgers were going to acquire Pirates All-Star closer Felipe Vazquez last summer at the trade deadline after the Dodgers missed out on Brad Hand and Zach Britton. Point being, take the report with a grain of salt, especially considering no major reporter like Bob Nightengale, Buster Olney, or Ken Rosenthal have reported this as well.

Now, should the Pirates and Dodgers be in discussion regarding a Marte trade as Duarte is reporting, this wouldn’t make much sense for the Pirates to do, considering the ambition to compete in 2019 after trading for starting pitcher Chris Archer and reliever Keone Kela during last season’s trade deadline. Turning around and dealing Marte, who has up to three years left on his deal, makes very little sense for the Pirates now, and moving forward.

Sure, Pittsburgh is stacked in the minors with young, high-ceiling outfielders in Bryan Reynolds, Travis Swaggerty, Jason Martin, and Calvin Mitchell,  but trading a key offensive piece away for future assets is a tough pill to swallow.

If the Pirates do trade Marte to the Dodgers, a return package from Los Angeles has to start with outfielder Alex Verdugo and pitcher Ross Stripling. Those two alone aren’t nearly enough for an outfielder of Marte’s caliber, even with his PED history.

Verdugo would probably start the season in Pittsburgh as the everyday centerfielder should he be the big get in return for Marte. Same for Stripling, who would likely slot in as the No. 5 starter before shifting into a swing role in the bullpen once Mitch Keller is ready for his big league debut.

If the Pirates want to get really crazy, why not add Francisco Cervelli to that deal with Marte and try to pry Keibert Ruiz or Will Smith from the Dodgers to get a strong catching prospect back into the system?

In an off-season where it seemed like the Pirates would be ultra aggressive and are instead seemingly standing pat and pinching pennies, trading Marte away would be a public relations nightmare for a franchise that took a step in the right direction to repair relations with the fan base last summer by acquiring big-name trade pieces in Kela and Archer.

Personally, I don’t think the Pirates trade Marte away this off-season. But the news that the club is talking with the Dodgers about a potential deal on Monday morning is not the type of news Pirates fans want to wake up to.