Report: Tavares Did Not Turn Down $84 Million Contract Extension 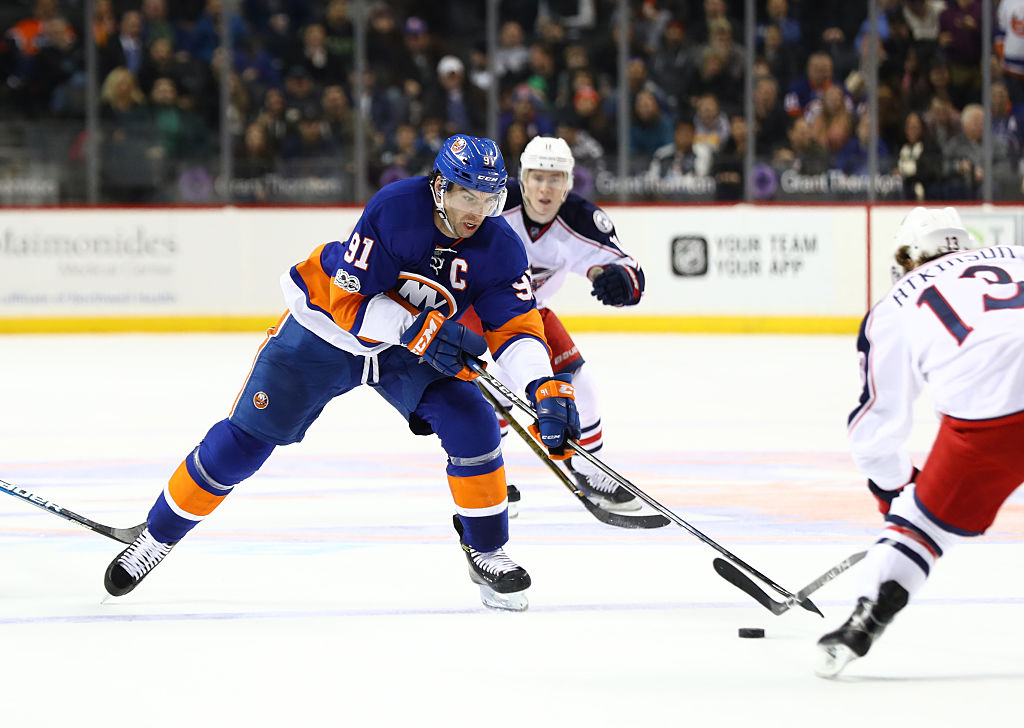 Despite rumors on Monday, John Tavares did not turn down an $84 million contract offer from the Islanders, according to Newsday’s Arthur Staple.

Rumors began popping up on social media after Islanders legend Mike Bossy appeared on 91.9 Sports, a french language sports radio station in Montreal. Bossy said during the radio interview, according to a post on Reddit, that Tavares had declined a contract extension from the Islanders.

However, that does not appear to be the case. Staple reported on Tuesday that rumor was indeed false and that the team and Tavares’ camp have barely talked numbers.

Everyone I've talked to maintains this is not about $. All about wanting to see how things progress with arena/team before committing.

The news should not come as much of a surprise since it has been reported that the team’s ongoing hunt for an arena will play into his decision to sign an extension. The Islanders are planning to bid to develop an arena at Belmont Park and proposals for the site are due to New York State by September 28.

Tavares seemed intrigued by the arena idea during an interview with Newsday in mid-August.

“The possibility with Belmont and that RFP coming out, there’s great potential there,” Tavares said at the time. “We’ll see where it goes. A lot of those things are out of my hands. Some things I don’t try to worry about them too, too much. I’m just a hockey player.”

Still it remains unclear how long the process will be for the state to pick a winning bid and then for development to begin at the site. Tavares’ current contract ends after this season and that will be the number one question surrounding the organization until the Islanders captain gives an answer one way or the other.

The positive news out of Tuesday’s report is that Tavares did not turn down a rather large contract offer from his current team. That surely would have been an indication that Tavares might be on the way out and would have contradicted what Tavares had been saying since the team’s breakup day in April.

The down side remains that part of his decision to re-sign with the Islanders will be determined by team’s ongoing saga to find a permanent home in New York.