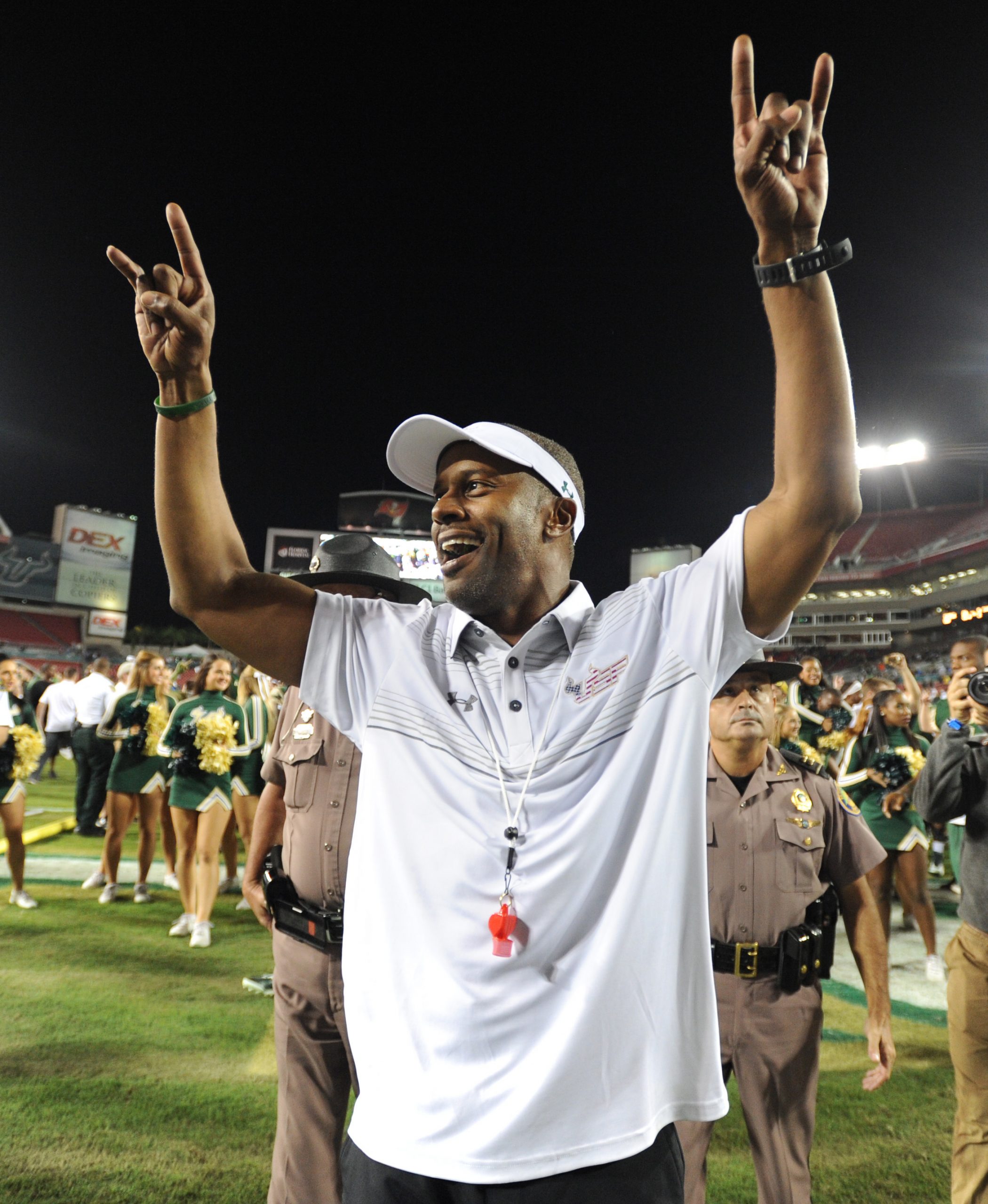 The Oregonian has recently reported that University of South Florida head coach Willie Taggart has met with Oregon Ducks officials in regards to their football head coaching job. There has been no official comment from either side about the meeting but it has been confirmed through multiple sources. The 40-year-old has been the head coach of the University of South Florida since 2013 and, before that, spent three seasons at Western Kentucky University. From 2007-2009, Taggart worked under Jim Harbaugh at Stanford as the running backs coach.

Taggart’s tenure at WKU was not successful, compiling a 16-20 record, but he has been on the unofficial list of young head coaches with the most potential since those days. At University of South Florida, Taggart has an underwhelming 24-25 record but he has been in the process of turning the entire program around. The Bulls have won 17 of their last 21 games with their recruiting classes getting incrementally better each year. His teams at USF have continually showed programs starting with a 2-10 record in 2013, followed by a 4-8 record and an 8-5 record in 2014 and 2015 respectively. 2016 turned out to be Taggart’s best year as a head coach as the Bulls finished with a 10-2 record, good enough for a tie of 1st place in the East Division of the American Athletic Conference.

It will be interesting to see the decision that the Oregon administration makes with PJ Fleck, the coach of Western Michigan, in the mix as well. Oregon is obviously looking for a coach that will stick around for years as they target Taggart, 40, and Fleck, 36. At this point, there is no front runner but if I had to take a wild guess I would pick Taggart based on his ability to turn a down trodden program into a successful program.