Retaining Simmons Could Be Challenging for Spurs 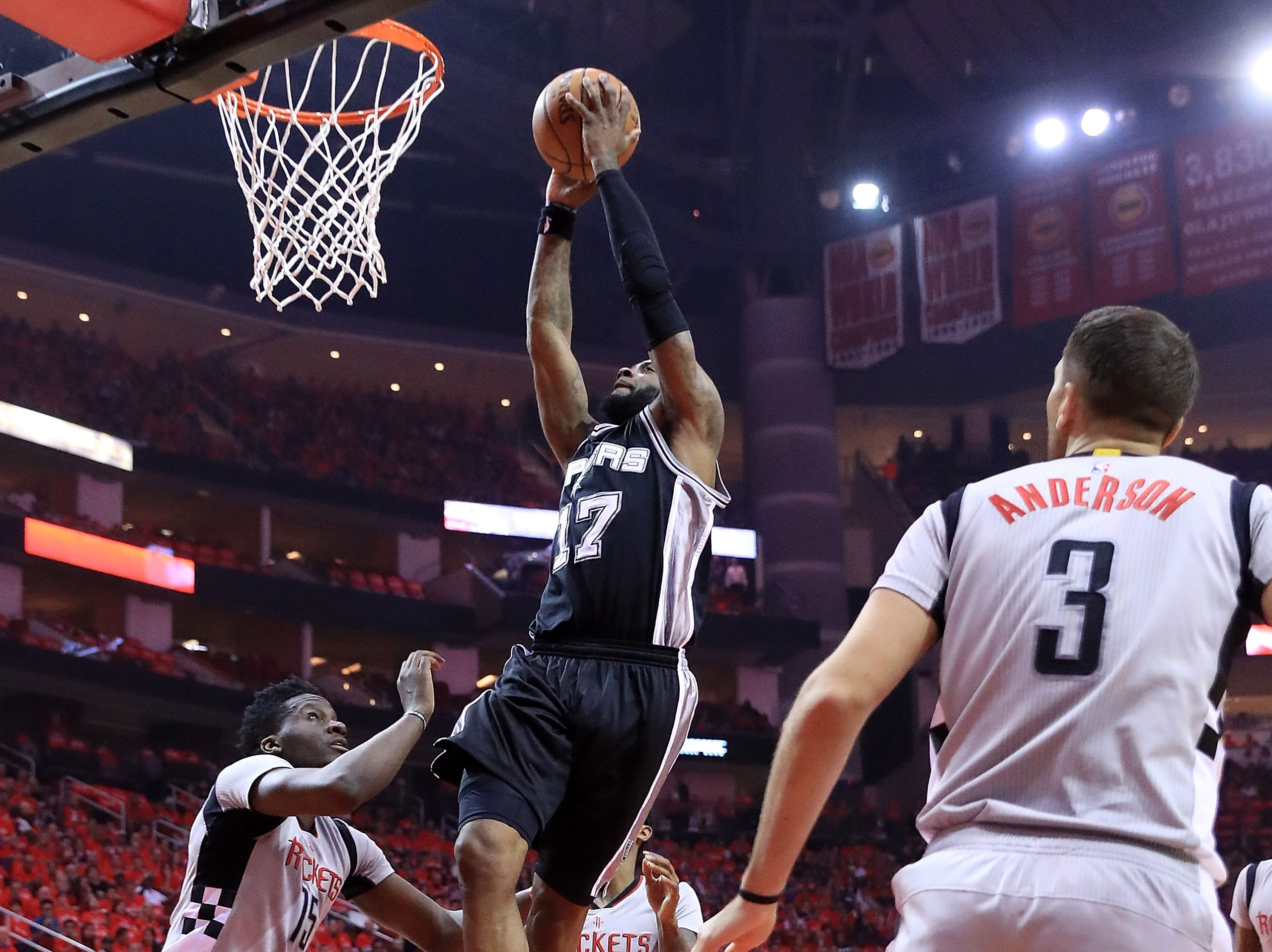 At 12:01 PM CST Saturday morning, San Antonio Spurs guard Jonathon Simmons will enter restricted free agency. While the Spurs have already shown they’d like to retain Simmons by tendering him a qualifying offer for $1.6 million, early reports suggest that will be challenging for the Spurs, as up to 12 teams are expected to have interest in Simmons, according to the San Antonio Express News.

Publicly, two known teams that may pursue Simmons are the New York Knicks and Los Angeles Clippers. While the news of the Clippers’ interest in Simmons is recent, the Knicks’ interest might not be as relevant, since it was released before Phil Jackson was fired as the President of the Knicks.

Before diving into potential teams that could need the services of a wing like Simmons, who can either play the 2 or the 3 on either end of the floor, it’s important to understand how Simmons is in a unique situation as a restricted free agent under Early Bird Rights.

First, being a restricted free agent means Simmons can sign an offer sheet at any time on July 1 or beyond, but after the NBA’s Moratorium period (July 6), the Spurs have up to 48 hours to either match the offer or allow Simmons to sign with team X that gave him the offer sheet.

As explained in the video from this Project Spurs article, if Simmons signs a deal quickly, it can limit the Spurs’ cap flexibility if they want to make other moves because by July 8, his cap hold could sky-rocket up to $8.4 million, if he signed an offer sheet at the highest level.

Why $8.4 million? Because Simmons is under the Arenas provision, where he can only be signed up to the Mid-Level Exception level ($8.4 million) in the first two years of a potential four-year deal, and after that, the final two years can be north of $10 million, depending on the deal Simmons signs.

Two types of teams could look at Simmons, teams with cap space, and teams that don’t have cap space but will be using the non-taxpayer mid-level exception ($8.4 million).

First, let’s look at teams with cap space. Let’s say Team X with cap space offers Simmons a 4-year deal for $48 million, which averages out to $12 million annually. Here’s how that deal would be broken down:

For team X, they’re committing a good chunk of their future cap space beyond two seasons to Simmons. For the Spurs, teams with cap space are very dangerous for them to match, because this type of offer could affect moves down the road, when the Spurs are projected to have a large amount of cap space next summer in 2018 or beyond.

Next, let’s look at teams that don’t have cap space, but will have the $8.4 million MLE. These teams can offer Simmons a deal for approximately 4-years, totaling $33.6 million. Using just the MLE, the Spurs might think about matching a deal like this, since it’ll only result in getting hit with around $8 million-9 million for each of the next four seasons, but it’s about timing and when Simmons signs an offer sheet that could leave San Antonio in a position not to match. If Simmons signs an offer sheet quickly, that basically gives the Spurs until July 8 to match or keep Simmons and have his cap hold balloon up to $8.4 million, rather than the $1.6 million qualifying offer.

Now let’s move on to teams that need wing help this offseason. Each roster displayed below shows the 13 teams that have been selected with the non-guaranteed 2s and 3s having being waived in each scenario.

Brooklyn Nets – The Nets could have up to $33.0 million in cap space.

Charlotte Hornets – The Hornets would have access to the MLE.

Indiana Pacers – Assuming the Pacers trade Paul George, they could have up to $49.2 million in cap space.

Milwaukee Bucks – If the Bucks keep the cap hold of Tony Snell, they’ll have the MLE.

New York Knicks – While keeping the qualifying offer for Ron Baker on the books, the Knicks could still have $16.8 million in cap space.

Orlando Magic – The Magic could have up to $14.4 million in cap space.

Toronto Raptors – If Kyle Lowry and Serge Ibaka weren’t re-signed, the Raptors could have up to $18.2 million in cap space.

Or, if the Raptors keep the cap holds of Ibaka and Lowry on the books, they’ll have the MLE.

Houston Rockets – If the Rockets keep the cap holds for Nene and Bobby Brown, they’ll have the MLE.

Los Angeles Clippers – If Blake Griffin didn’t re-sign with the Clippers, the Clippers could have up to $21.8 million in cap space.

Or, if the Clippers keep Blake Griffin’s cap hold on the books, they’ll have the MLE.

Memphis Grizzlies – If the Grizzlies keep the cap hold of one of Tony Allen or Zach Randolph, they’ll have the MLE.

Minnesota Timberwolves – If the Wolves kept the qualifying offer for Shabazz Muhammad on the books, they could have up to $16.0 million in cap space.

New Orleans Pelicans – If the Pelicans keep the cap hold of Jrue Holiday on the books, they’ll have access to the MLE.

Lastly, there’s been no reported market estimate for Simmons, so if it wasn’t as high as being predicted ($10 million or more annually), then there’s a chance teams that are over the tax like the Cleveland Cavaliers could use the taxpayer exception, which is only $5.2 million.

For the Spurs, what will be most important with Simmons’ restricted free agency is the timing of when he signs the offer sheet and the amount.