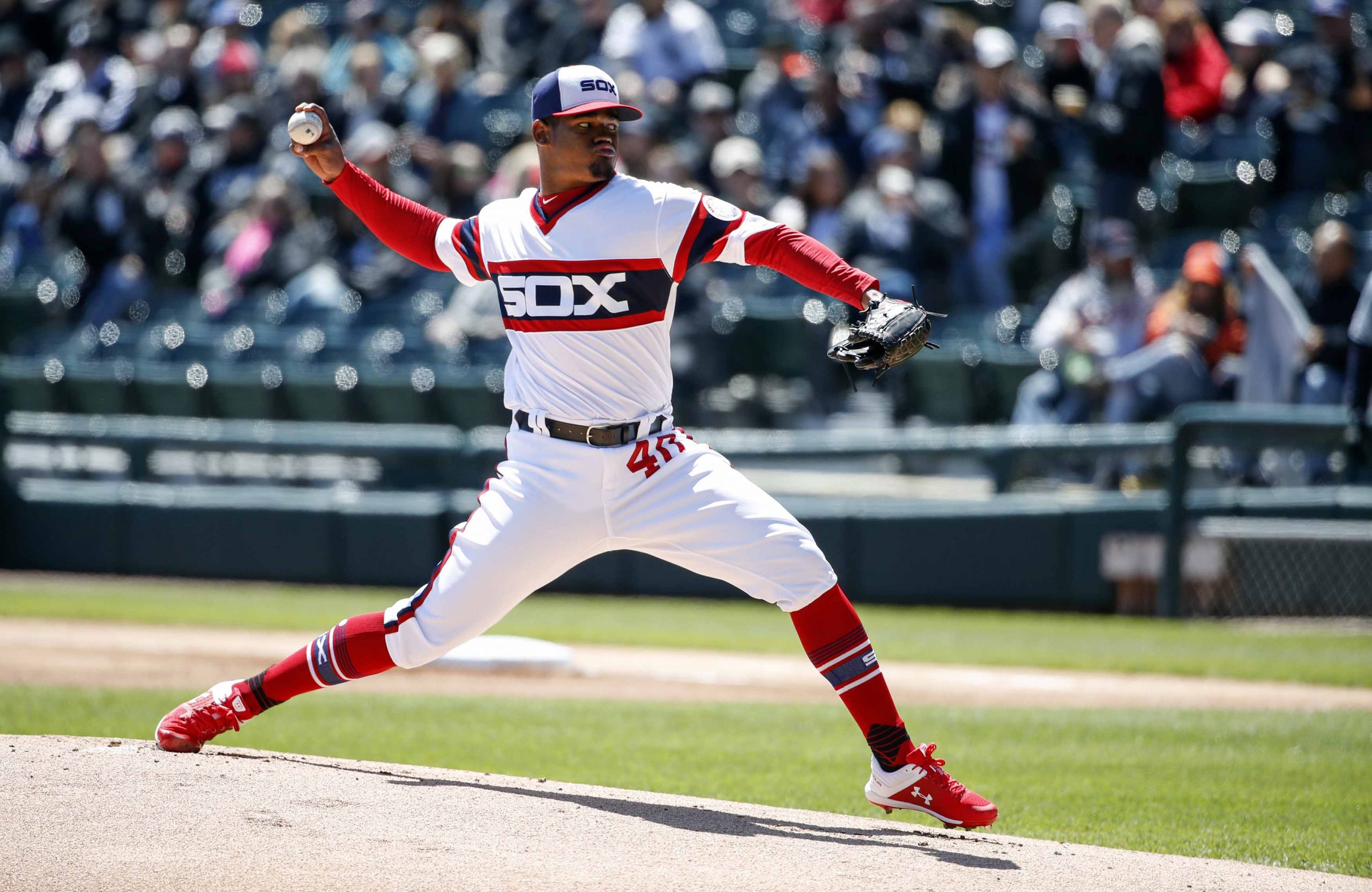 The start of Reynaldo Lopez‘s 2019 season hasn’t exactly been smooth, but none of that mattered on Sunday.

Entering his start against the Detroit Tigers, the 25-year-old right-hander struggled to a 7.46 ERA and 1.89 WHIP to go along with a 20.7% strikeout rate, 11.6% walk rate, and 2.49 home runs allowed per nine innings in 25.1 frames. His last two starts were a huge improvement over his first three, but Lopez’s -0.2 fWAR was tied with Jhoulys Chacin and Miles Mikolas for the second-worst mark in baseball among qualified starters.

Although what he did in six innings on Sunday won’t completely erase the early struggles, it certainly won’t hurt. Lopez was completely dominant, allowing just one unearned run on two hits, three walks, and a career-high 14 strikeouts. And if we could only choose one pitch to illustrate just how dominant he was in what could become a career-defining appearance, it’d be this one:

Thankfully, this performance produced quite a few tweets with eye-popping statistics included.

The White Sox have experienced a number of games with 14-plus strikeouts in recent years. It’s all because of Chris Sale, though, who did it seven times during his time in Chicago. If you’re wondering who the last White Sox pitcher was to accomplish this feat before Sale, chances are you wouldn’t get the name right.

Reynaldo Lopez’s 14 strikeouts in today’s start are the most for a White Sox pitcher not named Chris Sale since Jason Bere in 1995.

Entering this start, opposing hitters had produced 1.072 OPS and 194 wRC+ with a 19.5% strikeout rate against Lopez’s four-seam fastball. Those season-long numbers will take a dip after Sunday.

All but one of Lopez's K's came on four-seam fastballs, making him just the THIRD pitcher in the pitch tracking era (since 2008) to record 13 K's on 4-seamers in one game. #WhiteSox https://t.co/ypaiARTwq8

But this doesn’t mean Lopez’s four-seamer was the only pitch working. He did a little bit of everything right.

Here are the Ks from his utterly dominant start. pic.twitter.com/9aevWXsxiJ

Racking up 14 strikeouts in an outing is impressive, and it’s even more impressive when it comes in as few as six innings. After all, that meant Detroit hitters put just four balls in play while Lopez toed the slab.

This probably isn’t surprising, but the right-hander is now taking up residence in a pretty exclusive club.

Starters in the last 101 years with 6 or fewer IP and 14+ strikeouts in a single outing:

But when we also include the fact that he didn’t allow any earned runs, the club becomes that much more exclusive.

Reynaldo López is just the 3rd pitcher ever with 14+ K in 6 IP or less while allowing 0 ER. pic.twitter.com/autj5GVPuB

This was a good day at the office for Lopez, and one he’ll never forget. For the White Sox, they’re likely hoping this is the kind of performance that propels the young right-hander to another level in his game.