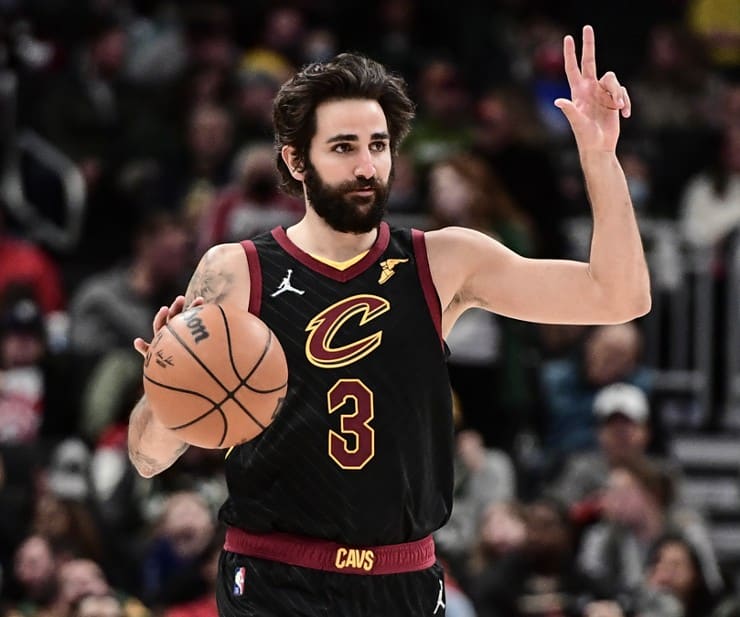 The Cleveland Cavaliers are about to get reinforcements amid an already impressive campaign. Point guard, Ricky Rubio, is looking make his season debut against the Portland Trail Blazers on Thursday, January 12th . The point guard will play for the first time since last year when he tore his left ACL. The Cavaliers are one of the top teams in the Eastern Conference due in large part to trading for Donovan Mitchell from the Utah Jazz. Now, they will be receiving even more firepower in their already talented backcourt. Ricky Rubio is a crafty, veteran point guard who can provide solid experience to any team in the league. With this in mind, the Cavaliers will be deadlier going forward.

Rubio will most likely come off the bench on a minutes restriction. There will be some rust, but he will still make some great plays. The man is a naturally gifted playmaker and has been a great contributor everywhere he has been throughout his career. Rubio will serve as a very reliable backup for the quick and speedy, Darius Garland, and provide some stability for the Cavaliers’ second unit. The Cavaliers already have a very talented core, so there should be little to no pressure on him to produce at a high rate right away. They are currently fifth in the Eastern Conference with a win-loss record of 26-16. Per BetOnline, Cleveland also has +1,800 odds to win this year’s title trailing Boston, Milwaukee, Golden State, Brooklyn, Denver, and Memphis in this regard.

Another positive impact Rubio will have is adding some veteran leadership to the locker room. Rubio is a 10-plus year veteran who has plenty of regular season and playoff experience. Whether he is playing or not, his word will carry weight as he helps mentor the young players on the Cavaliers. In a way, he will be like a player coach with how high his basketball IQ is giving head coach, J.B. Bickerstaff, some help as well.

Ricky Rubio has been a reliable point guard throughout his whole career. For his career, he is averaging 11.1 points, 4.2 total rebounds, and 7.6 assists per game. These are not great numbers, but still respectable. Last year, before his injury, Rubio was tallying 13.1 points which was tied for his career-best in this category, 6.6 assists, and 4.1 total rebounds per game. Not to mention, he also averaged an effective field goal percentage of 43.4 percent. Once again, not a great number, but remember, Rubio is a pass-first player. One who just started developing a three-point shot in recent years at that. However, where he could possibly make the biggest impact for the Cavaliers is in the postseason.

Do not forget, Ricky Rubio outplayed Russell Westbrook just a few years ago when he was a member of the Utah Jazz. During that series, he averaged 14.0 points, 7.3 rebounds, and 7.0 assists per game. With this in mind, Ricky Rubio is going to be a huge addition to this already talented Cleveland Cavaliers squad.