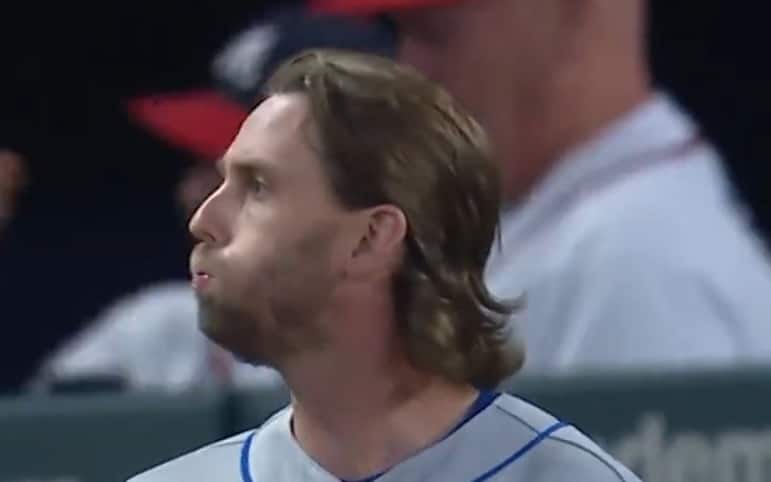 The Mets were up 3-1. Got a couple of homers off Charlie Morton, which was a victory onto itself. Two run lead in the third inning with Chris Bassitt, who had been so good all season on the mound.

Bassitt didn’t even get out of the that third inning.

The actual machinations of that inning doesn’t matter. But when Travis d’Arnaud (of course, Travis d’Arnaud) hit a two run single off a fruit loop curve ball to give the Braves a 4-3 lead to knock Bassitt, it felt like a 44-3 lead. It felt over. Sure enough, it was. The Braves completed their sweep of the Mets, and the course they took was to beat them in every facet of the game. The Mets strength was starting pitching. They set it up so that Jacob deGrom, Max Scherzer, and Bassitt to face the Braves in a series where they only needed one win. The got three homers off deGrom. They squared up Max Scherzer like he was dog meat. And then they handed Chris Bassitt his lunch. The Braves starters, meanwhile, never got to the 6th inning. Any of them. For various reasons. It didn’t matter. They didn’t get one single run off the Braves bullpen. Not one. The Braves got Kenley Jansen three save opportunities, and he converted all three. The Mets got Edwin Diaz a meaningless appearance in the 8th inning tonight, prompting ESPN to go full nats on Narco while William Contreras strode to the plate.

Boy, would Starling Marte have made a difference. But the Mets built themselves to overcome an injury like that. So either they failed, or Marte was more valuable than even we gave him credit for.

The Braves won this division (yeah, I know the magic number is still one, but all those hoards of Mets fans going to Loan Depot Park to root for the Marlins isn’t going to matter, sorry.) They didn’t freakin’ lose down the stretch. The Mets were 20 games over .500 during the last four months of the season, and it wasn’t enough. So this was, by no means, a “collapse”. And they’re in the playoffs, with the same chance to win the World Series as anyone. But the Mets will surely rue going 2-6 in three September home series agsinst the Cubs, Nationals, and Marlins. Going .500 against those teams puts the division in a dead heat at this moment. Doing to them what the Braves were doing to teams like that? And the Mets are still talking about a magic number.

Kudos to Jeff McNeil, who was 7-for-12 in the series with a home run.

Every time I’ve been positive this season has been for good reason. I go by what I see, and I saw a team that cared about the game, cared about each other, and cared about winning. And they won … a lot. But they needed one or two more. And now they’re going to have to do it as a wild card which, for a team like the Mets, is going to be exponentially harder. A young team like the Braves? Three extra games is not a problem. For the oldest team in the league (save for their two desperation callups made necessary because Darin Ruf forgot how to play baseball), they really needed the extra rest. And they really, really needed the path that came with the number two seed. With the division title, they would have faced either the Cardinals, Phillies or Brewers in the NLDS, and then either the Braves or the Dodgers in the NLCS, with a potential series against the Braves coming with home field advantage in a Game 7. Now, if they even get past the Padres, they’re going to have to beat, in all probability, both the Dodgers and Braves without home field advantage in a Game 7. Can a wild card team win the World Series? Absolutely. Can a wild card team win the World Series in this new format? For the Mets it’s going to be harder than it looks.

In other words, they really did a number on themselves.

I bought a ticket for tomorrow night’s game thinking it was going to be a clincher. Now, it’s going to feel like a funeral. Five months of solid work only to get a very hollow wild card out of it. I can’t believe I’m saying that after the huge step up this team and this organization has taken after the blunders of the previous five seasons. But the sweep in Atlanta has made all of it feel like a massive disappointment. I think the Mets are good enough to turn it around. But they’ve made it way harder than it ever needed to be.

I just have a birthday wish: 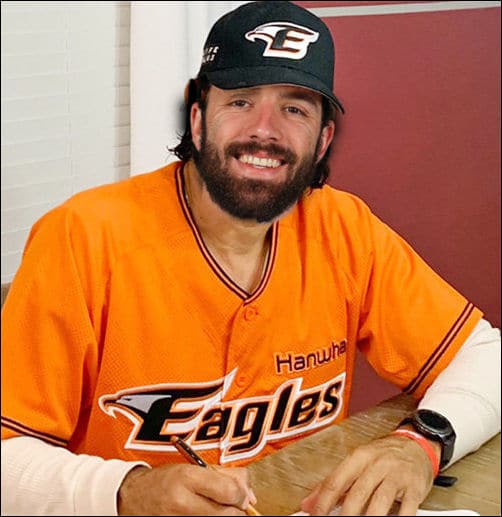