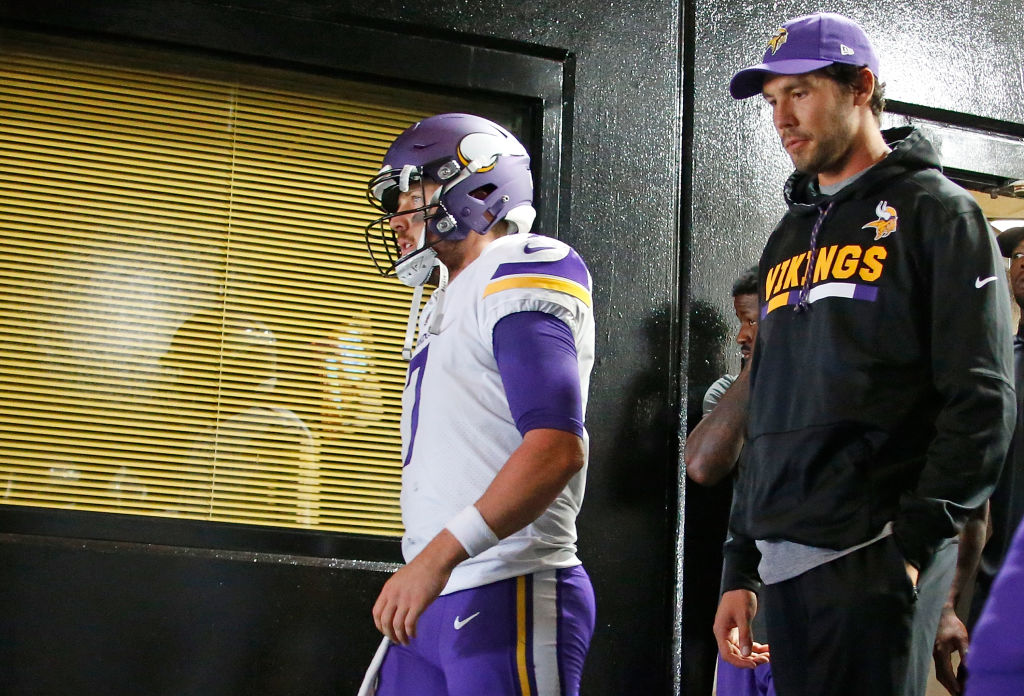 According to former beat Vikings beat writer Tom Pelissero, Bradford’s injury is believed to be a bone bruise.

#Vikings QB Sam Bradford is believed to have a bone bruise, source said. They’ll see how his knee responds to an injection and go from there

What does this mean?

According to Dr. David Chao it could mean Bradford is out for  “weeks”:

From this, I’m extrapolating that we are looking at 3-8 weeks without Bradford and not much other than resting it will help. Bradford’s timetable could set up for a quarterback controversy (in fans minds anyway) between Bradford and Bridgewater if Bradford comes back closer to the 8-week mark.

In my mind there’s not much of a decision to be made here, Bradford is the starter. Bridge water hasn’t played in over a year at this point and coming off one of the most horrific knee injuries that you can have. I don’t see this being a real conversation at Vikings HQ. No sense on pressing Bridgewater into action, particularly if the offensive line proves to be sub-par again.

In the short term, Case Keenum will pilot the team. I expect that Keenum will look sharper in week three if he gets all the starter’s reps and builds more chemistry with the receivers and offensive line.  If the Vikings can go .500 with Keenum or near it, the Vikings will still be in contention for a playoff spot when Bradford comes back. Don’t forget, the Vikings went 10-6 with Christian Ponder as the starter and Keenum is a better quarterback.