The Seattle Seahawks offence haven’t registered a single point in their last six quarters heading into their week three matchup with the Atlanta Falcons on Sunday.

Seahawks QB Geno Smith is well aware of his team’s problem, as he put it so simply after the match:

“We need to score.

During the Seattle side’s 27-7 loss to San Fransisco, the only points of the game came courtesy of a blocked field goal return. The Seahawks offence haven’t scored a single point in over 92 minutes now, with their last points coming in the season opener’s second quarter against the Broncos. 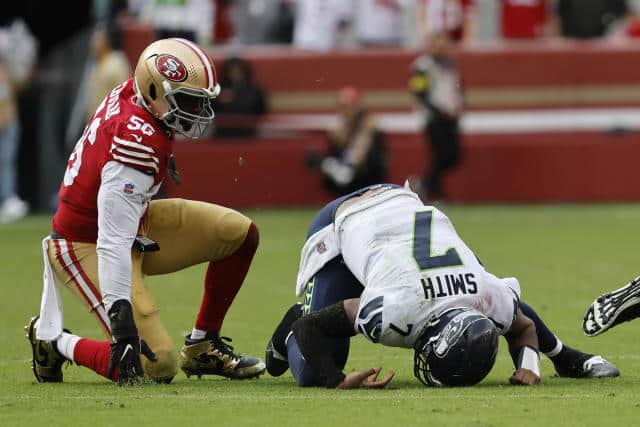 Smith continued to talk about biding his time to be more efficient throughout the game.

“As the run game begins to come along more and as we continue to stay efficient, they are going to get tired of the completions and things like that. They are going to press us, get in our faces, and try to make us beat them by getting behind them, which I have full confidence in.”