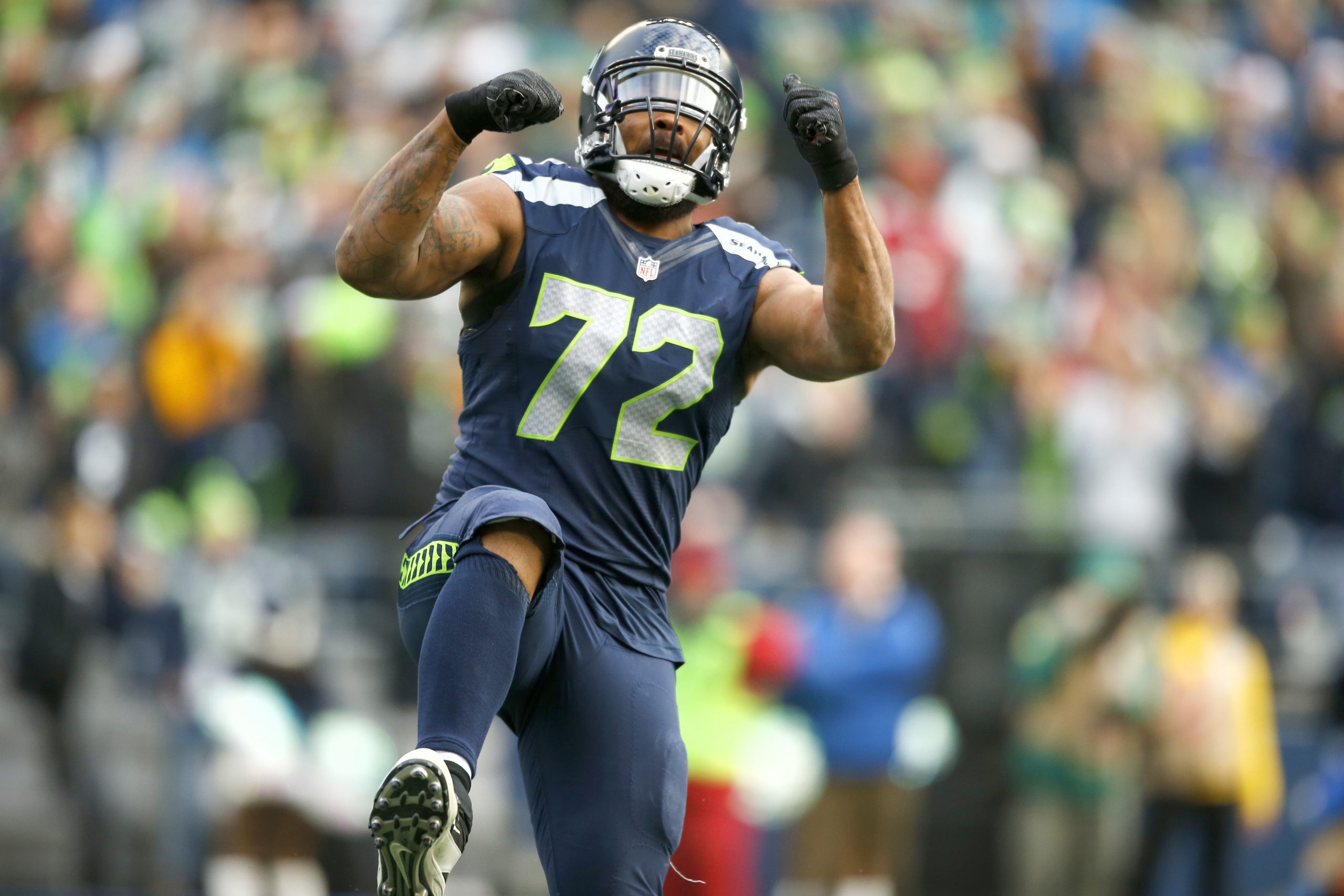 What happens when you ask the same question to multiple Seattle Seahawks experts from around the web? You get different and not so different answers from those writers and fans that know the NFC West powerhouse the best.

Three Seattle Seahawks experts from different websites give us their thoughts on the upcoming season for our NFL Roundtable series. Lee Vowell from Fansided’s 12th Man Rising, Stuart Court from Pro Football Spot and the Pedestrian Podcast and Lars Russell from SB Nation’s Field Gulls lend their expertise. These West Coast NFL experts also share their thoughts as training camp begins around the league.

Question: What are the Seahawks’ biggest weaknesses headed into the season?

Lee Vowell: Like 2016, the biggest weakness for the Seahawks this season is the offensive line. Seattle signed veteran, and so far disappointing in his career, Luke Joeckel to play either left guard or left tackle. George Fant was starting by the end of last year at left tackle and seems to be the guy this year as well. He has to be better than last year if solely because he gained experience. If Fant starts off poorly, Joeckel may move out wide if he can show he has overcome last year’s MCL injury. Justin Britt is solid at center. But Mark Glowinski is a bit unknown at right guard after moving from left guard and Germain Ifedi will be playing right tackle for the first time as a pro. I think backup Ethan Pocic was a nice pick in the second round of this year’s draft but he’s still a rookie.

Stuart Court: …Camp will be a big thing to watch for Seahawks fans. With hope of the team settling on a starting five earlier than the past few years. George Fant and Germain Ifedi will need a ‘second year bounce’ to aid the unit. Fant appears likely to be the man at left tackle, if he settles in at the spot in 2017, that will be a long-term answer and will be a massive bonus in the 2017 season for Seattle.In at center, Justin Britt was the bright spot of the 2016 unit as he finally found a spot to thrive in on the line. He enters 2017 as a contract year and if he continues his consistent play, the deal will be forthcoming by seasons end.

While the weakest point of the Seahawks, the line has the biggest room for improvement.

Lars Russell: Seattle’s greatest vulnerability is along its offensive line. It’s been that way for years but the problem got worse in 2016 when the Seahawks gave up pressure on 35 percent of passes and dropped to 25th in rushing, after finishing top five in that category every year since 2012. Poor blocking helped contribute to repeated injuries to running backs Thomas Rawls and C.J. Prosise and quarterback Russell Wilson. Seattle can’t sustain those kinds of problems and succeed on offense.

Question: What are Seattle’s biggest strengths?

Lee Vowell: As a unit the Seahawks are best along the defensive line. If Michael Bennett can stay healthy, the Seahawks have at least three legit pass rushers in Bennett, Cliff Avril and Frank Clark. There was an issue with the interior pass rush in 2016, but second-year defensive tackle Jarran Reed should be better this season. Plus, if Malik McDowell gets time inside he could add a lot to the rush. Ahtyba Rubin and Reed are excellent against the run. Individually, the Seahawks still have Bobby Wagner, Richard Sherman, Earl Thomas, Kam Chancellor and Russell Wilson. That talent alone should make them win the NFC West.

Stuart Court: The Seahawks, in a league where the QB is king have their’s settled. That, in the wider picture is the Seahawks biggest strength. Relying on him- after a year of injuries- is a comfort the Seahawks can lean on. Getting his running ability back will be a big key for the running game behind him and also the productivity of the Seahawks offense.While the defense will be as they have been for so many years now, the offensive strength has a chance to be special in 2017. With health not lingering over Wilson at this point, Jimmy Graham a year futher removed from his knee injury really adds to excitement of the unit.

Matched with Doug Baldwin being a top-10 WR over the past few years, that continuing and the three-pronged attack with Thomas Rawls, Eddie Lacy & C.J Prosise at running back really could be a fun group to watch for Seattle.

But it’s the reliability and safety in the knowledge of having the ‘franchise QB’ in place which is the Seahawks biggest strength.

Lars Russell: After years of being famous for their secondary, the vaunted Legion of Boom, the biggest strength now is probably the defensive line rotation. Starting pass rushers Cliff Avril and Michael Bennett both went to the Pro Bowl, and their third-down specialist Frank Clark totalled 10 sacks in his second year. Clark is only 23, and has a chance to become the most fearsome force on this defense in 2017.

Question: What are your biggest questions headed into the Seahawks’ 2017 season?

Lee Vowell: The biggest question, besides the offensive line, heading into 2017 might be how good Jeremy Lane will be outside playing at the corner position opposite Sherman. Shaquill Griffin may also get a shot to play early, but what can fans really expect from a rookie corner in the NFL?
The next biggest question may be running back. How healthy can Thomas Rawls and C.J. Prosise stay? How much of an impact will Eddie Lacy have? If the Seahawks really want to get back to run-first, these three will have to produce at high levels.
Lars Russell: Can Seattle train a cornerback quickly enough to absorb the responsibility of starting opposite Richard Sherman? The Seahawks drafted a pair of young backs to compete for the slot while 2016 started DeShawn Shead recovers from a torn ACL, but with Sherman shutting down the left side of the defense whoever steps into that role will take a lot of punishment. Without a tight back end, Seattle’s defensive scheme doesn’t work properly so how swiftly they fill that hole at cornerback might determine if the Seahawks can rack up enough wins to make another run at the Super Bowl.

Question: What are you most excited for in Seattle’s upcoming season?

Lee Vowell: That the Seahawks seem to always be in contention. They have been to two Super Bowls recently. Do I expect them to win a championship in 2017? No, but I expect them to have a chance.
Other than that, I am excited to see the potential of the passing game if Paul Richardson, Tyler Lockett, Doug Baldwin and Jimmy Graham can all stay healthy. That would be a lot of weapons for Russell Wilson. This could potentially be the best Seahawks offense in years.

Stuart Court: …On the field, seeing the Wilson/Graham/Baldwin trifecta is really something I’m pumped to see.Outside of that the impact of the rookies from the 2017 class. Namely Malik McDowell, Shaq Griffin and Amara Darboh. Getting work and production from those three will say a lot for not only the make-up of the 2017 roster but also decisions the team could make in 2018.

Lars Russell: I’m fascinated by the battle at running back, with Thomas Rawls coming into the season healthier than 2016 to compete with free agent arrival Eddie Lacy. Lacy is a pounding back who might provide some of the wrecking-ball style Seattle got used to with Marshawn Lynch, but Rawls is also a physical player with a quicker, jagged running style that helped him lead the league in yards per attempt as a rookie in 2015. With C.J. Prosise and Marcel Reece catching passes, the Seahawks backfield could become an electric tandem again.

Before the opening of NFL training camps around the league, we asked some writers around the internet to answer questions about their teams. Stay posted for the entire NFL Roundtable series which covers teams from the NFC West and AFC West.
Topics
Left Coast Sports NFL News and Rumors