SEC Defensive and Freshman of the week honors 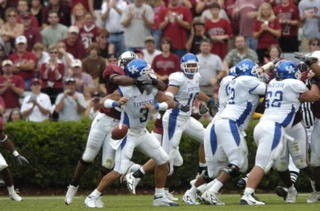 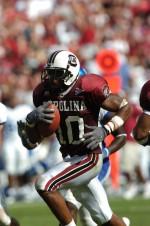 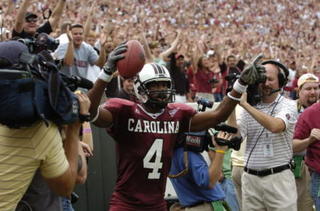 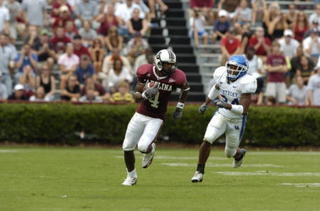 Some might say that the win over Uk was not all that great, but when you have been playing as poor as Carolina this season, a spark might end up turning the season around. Today the SEC honored two of Carolina’s impact players for there performances against the Wildcats.

Simpson, a 6-1, 201-pound sophomore safety, was named the SEC Defensive Player of the Week. The Rock Hill, S.C. product tallied a season-best 13 tackles, including nine solo stops with a fumble recovery and an interception in the 44-16 win over the Wildcats. He returned a fumble 19 yards for a touchdown early in the fourth quarter and his pass interception led to another USC TD. With USC head 17-16 in the third quarter, the Carolina defense, led by Simpson, held Kentucky to 82 yards over its final seven drives.

Rice, a redshirt freshman from Gaffney, S.C., was honored as the SEC Freshman of the Week. The 6-4, 192-pounder posted career-highs with eight receptions for 125 yards and two touchdowns in the victory. He has caught a touchdown pass in each of his first five collegiate games, tying the school record set by Jermale Kelly in 1997.